This is most likely one of the top two guitars I'll ever have owned.....the earliest and possibly first Southern Jumbo.  What a priviledge it is to have this guitar back in stock.  This is the earliest known Southern Jumbo from the prototype batch made in 1942 with the FON 8074H-10.  John Thomas wrote about this batch of  S.J.'s in his Kalamazoo Gals book and it has been documented by vintage Gibson expert Willi Henkes and Andre Duchossoir.  This is currently the first known example in Gibson's history of  making the SJ, which has been in production continually for 77 years.
It's in all original and exceptional condition....first state......with a unique mix of wartime features.  It has a fat, 1 7/8ths inch bound five piece neck with a full C radius and no truss rod.  The neck heel has the white heel cap and the front soundboard has the reknowned "skunk stripe" down the center seam that was used to disquise a seam slightly off center and found only in the very early examples of the SJ.  Importantly, it bears the white silkscreen "Gibson" script logo that traditionally pre-dates this era and is extremely rare if not unknown on other dreadnought models of the war period.  Usually found on the J-35 and early L-00's, this logo had basically disappeared by now with the "banner" headstock logo being the war time moniker.
The top is of Adirondack spruce with the rare feature of rosewood rims, usually only found on the Advanced Jumbo, which this guitar is clearly influenced by.  The back is of a beautiful piece of mahogany.  Was Gibson seemingly striving to find the perfect combination of materials for their new to market Southern Jumbo, using the now defunct Advanced Jumbo as their model or are these possibly left over bodies from that guitar. We'll probably never know.  This guitar also possesses the first use of the bottom belly bridge, which would ultimately go on to be used on SJ's into the mid-40's.  It has two scalloped tone bars like the early J-35 and L-00, with a 7 layer top binding and a 5 layer back binding.  The tapered headstock profile is present as well as the traditional individual cut edge tuners.
This guitar is in excellent, almost unplayed condition.  It has had a neck set and a refret.  There is a stable pickguard crack of short duration and a small one at the soundhole edge.  Two nearly invisible 1" side cracks that are very tight and a small back crack.  These are all of no consequence.  The center seam on the top has been re-glued from the inside which doesn't show on the outside due to the skunk stripe.  It has great character to the finish with craqueleur over all and a rich, deep coloration to the sunburst.  The playing action is perfect.
Tonally I can say without any equivocation that it is among the finest guitars that I've had to hand.  With the blend of mahogany and rosewood it has a big, loud and very deep voice with woody overtones and great note separation with powerful, cutting trebles.  Rarely does a guitar sound like a piano, but this one does.
I have often wondered how Gibson traversed itself from the incredible rosewood Advanced Jumbo to the mahogany bodied SJ/J-45 of the wartime era. This guitar represents the link between the two and shows us a glimpse of the thinking inside the Gibson factory at the outbreak of the war in America.  They finally fall upon maybe their most incredible guitar ever, only to be thwarted by the calamity of World War II.  The conflict possibly played a part in spelling the death knell of this hybrid rosewood SJ and forced the emergence of the mahogany bodied examples we have all come to know and love.  But goodness, what they left behind on the cutting floor.  We can only glimpse it here in this rare and wonderful example of the early war Southern Jumbo. 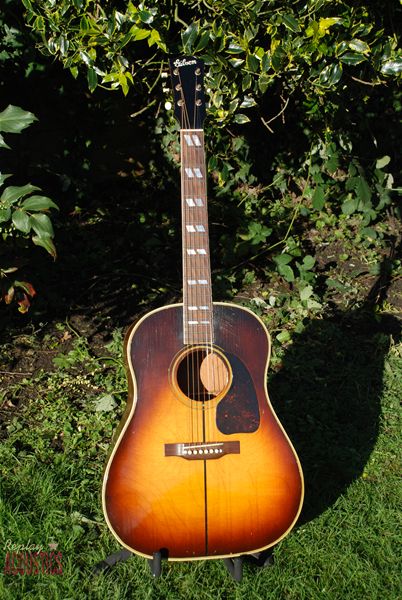 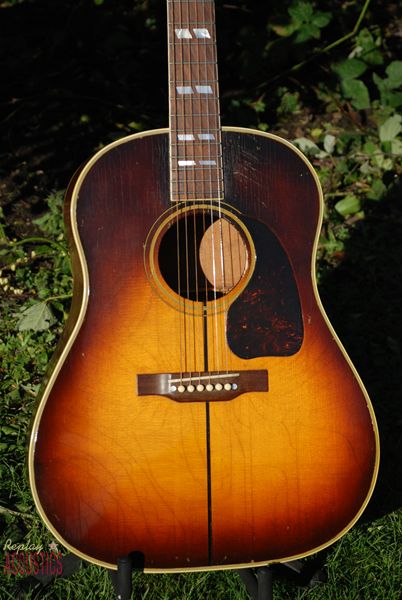 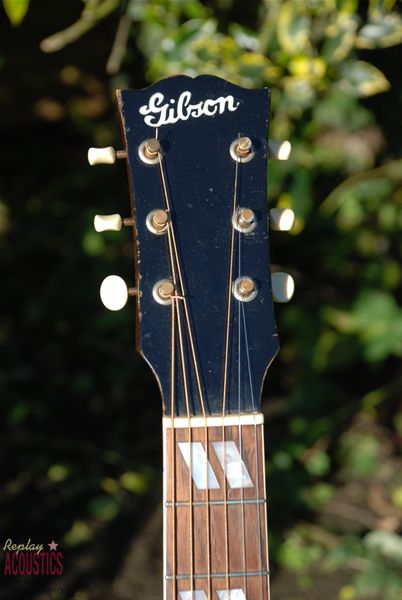 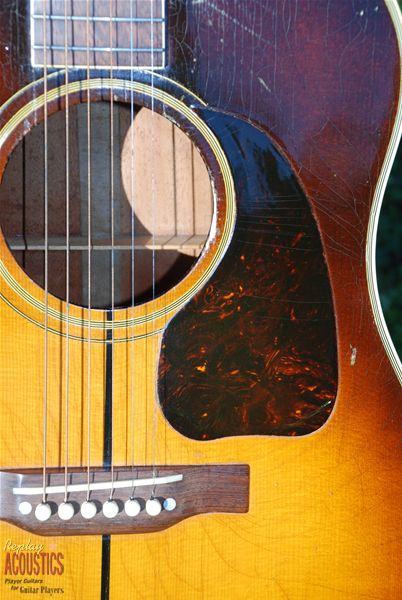 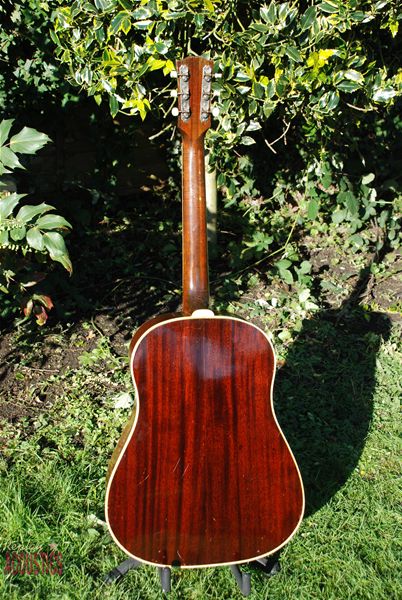 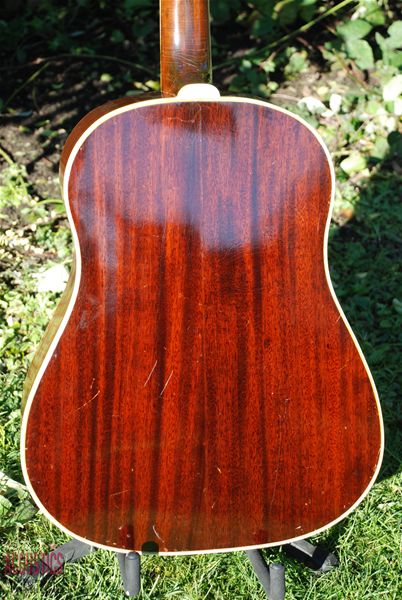 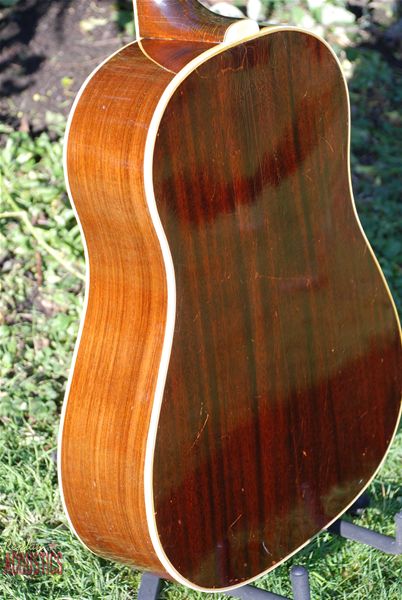