Here is another example of the great and rare late 50's Gibson J-200.  We don't realize just how few 200's were made during this era and just how good they are.  They completely dispell the "whispering giant" stigma and have a voice that is beautifully huge.....clear and warm with a volume and presence that would warm the coldest of hearts.  This particular example has lost it's orange sticker and not unexpectedly, doesn't have a FON number, but it has characteristics that dictate that it can be nothing other than a '59.

It has the original large frets which were not used before 1959, so that establishes the back date.  In 1960 the necks became much smaller and by '61 they had tune-o-matic bridges. This guitar has the exact same larger neck as another '59 example that is currently in stock and is identical in every way other than having a single original pickguard instead of two.  Tapered headstock with all original parts including the Kluson snot green tuners.  A conversation with George Gruhn, the sage, confirmed my beliefs.

Most importantly is the sound which is comprehensively J-200......a proper J-200.  It is why EmmyLou Harris has used one for yonks years and why most performing artists have one......nothing fills the gap of the ancient 200.  Nothing sounds like them and nothing feels like them.  Again, it's Gibson at it 's best. 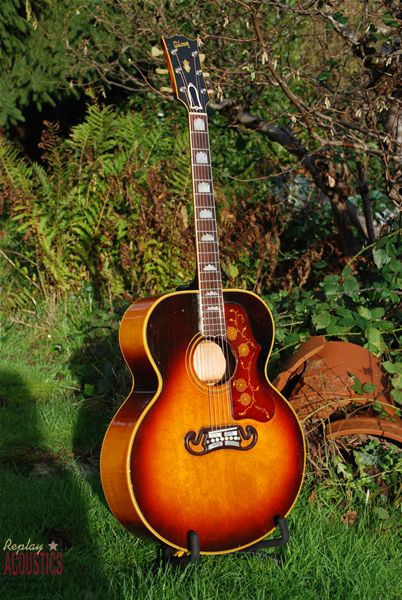 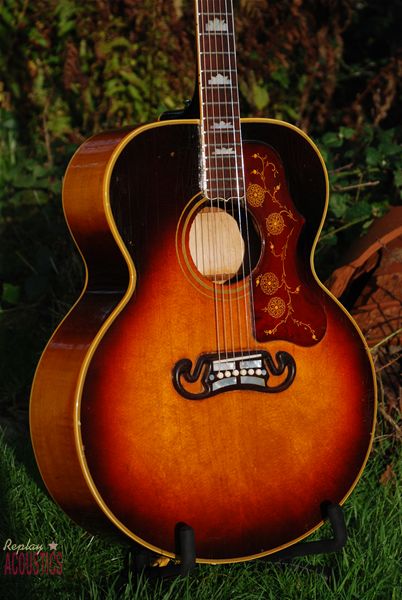 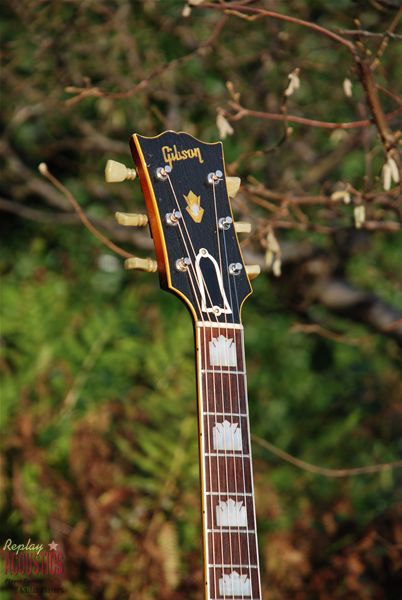 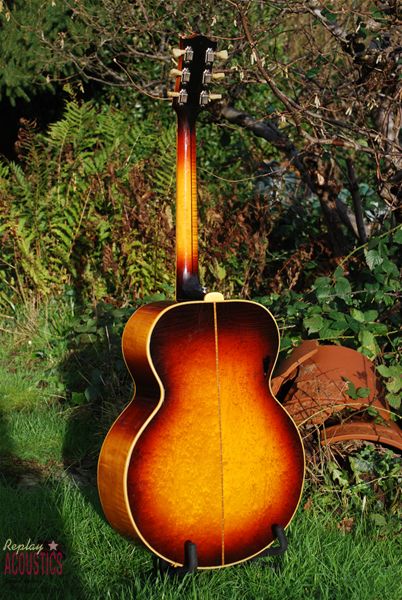 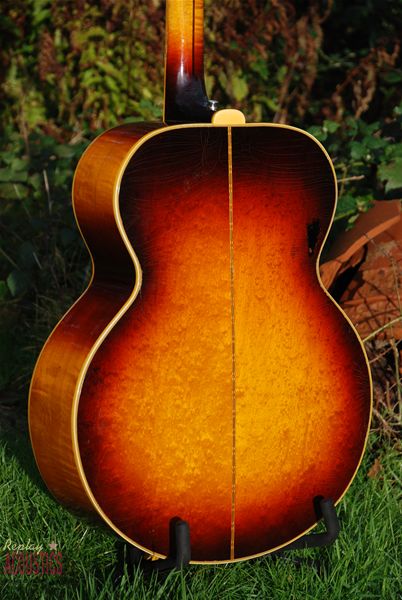 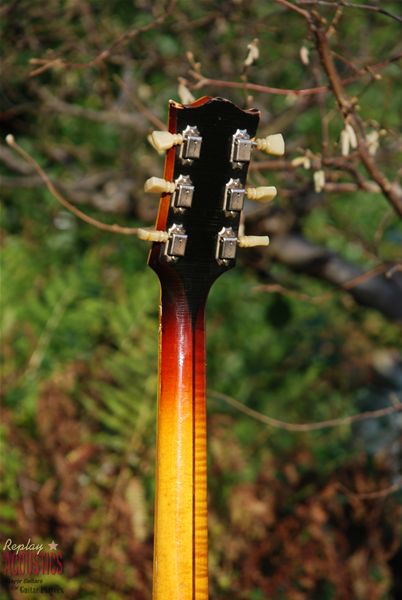