A rare  war period herringbone 1943 000-21.  Such a rare thing.  This guitar is in quite good condition structurally and makes a beautiful and classic series 21 sound with rosewood all around including the board and bridge.  Original tuners and pickguard as well.  First listed with 14 frets in 1939, this is obviously the 5th year of production and 96 were made in this year with a total production of 401 during the war years for America.  They spec differently than the pre and post war examples in that they have an ebony rod in the neck and lighter, much less expensive tuners, usually without grommets but this one has them. It also has had a steel adjustable truss rod installed in 1981 in Olkahoma, with a label inside the guitar attesting to this work.
The T-bar truss rod transmits sound differently than the ebony truss rod, creating a more articulate and very powerful sound that is heard in the years before and after the war.   Bags of harmonic resonance and projection, it's almost slightly haunting in its sensitivities.  Lighter to the hand as well.  This example has been refinished a long time ago, which along with the added adjustable truss rod, explains the price.  Without that,it would be twice what is being asked today.  So how do we look at such a machine.  In my book, it is 10 times better than a modern custom made Brazilian Martin 000-21, which would probably broach £15,000.  So we have priced this considerably less than a modern example of the same spec but you get a war era Martin guitar that sounds brilliant.  That's the story. 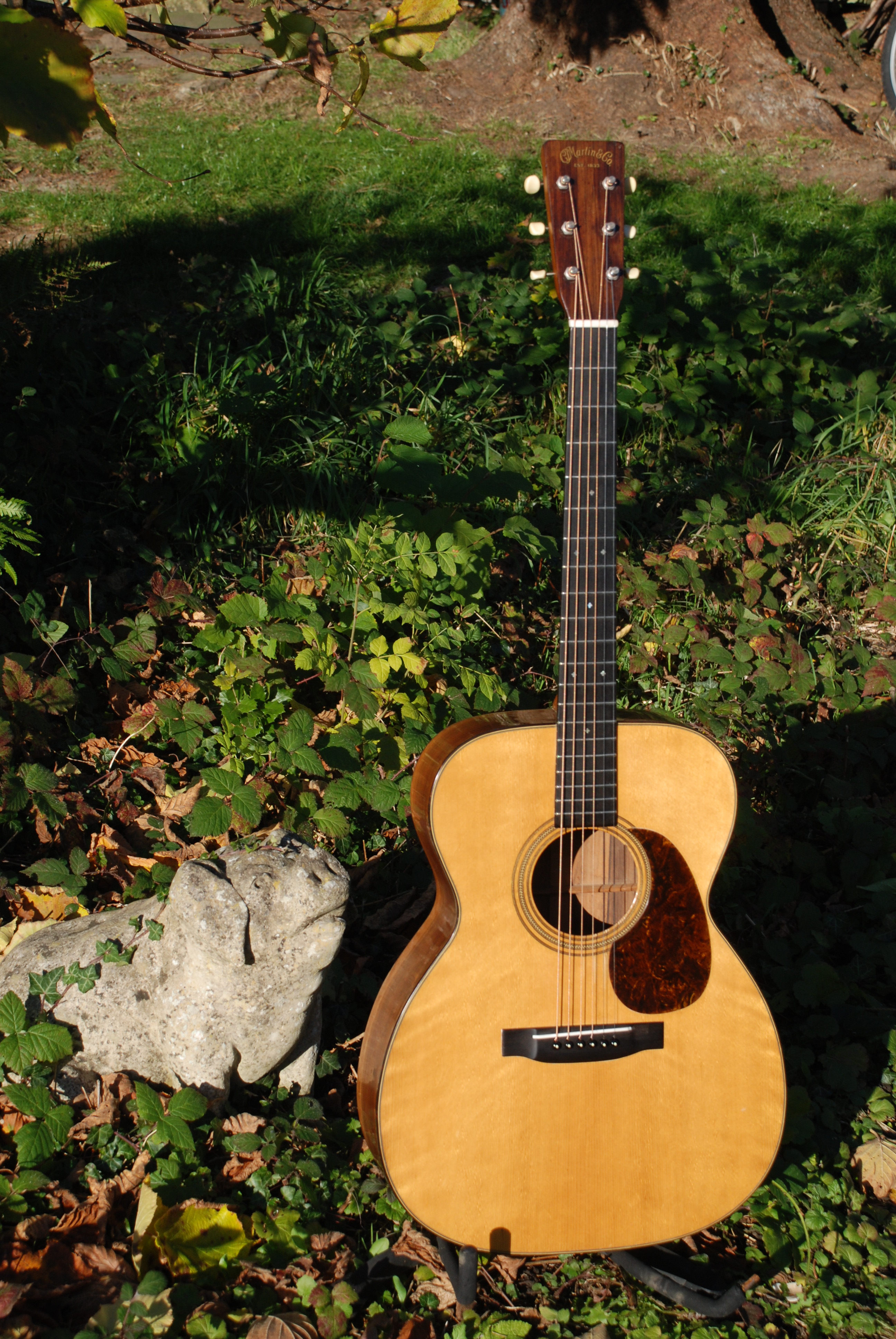 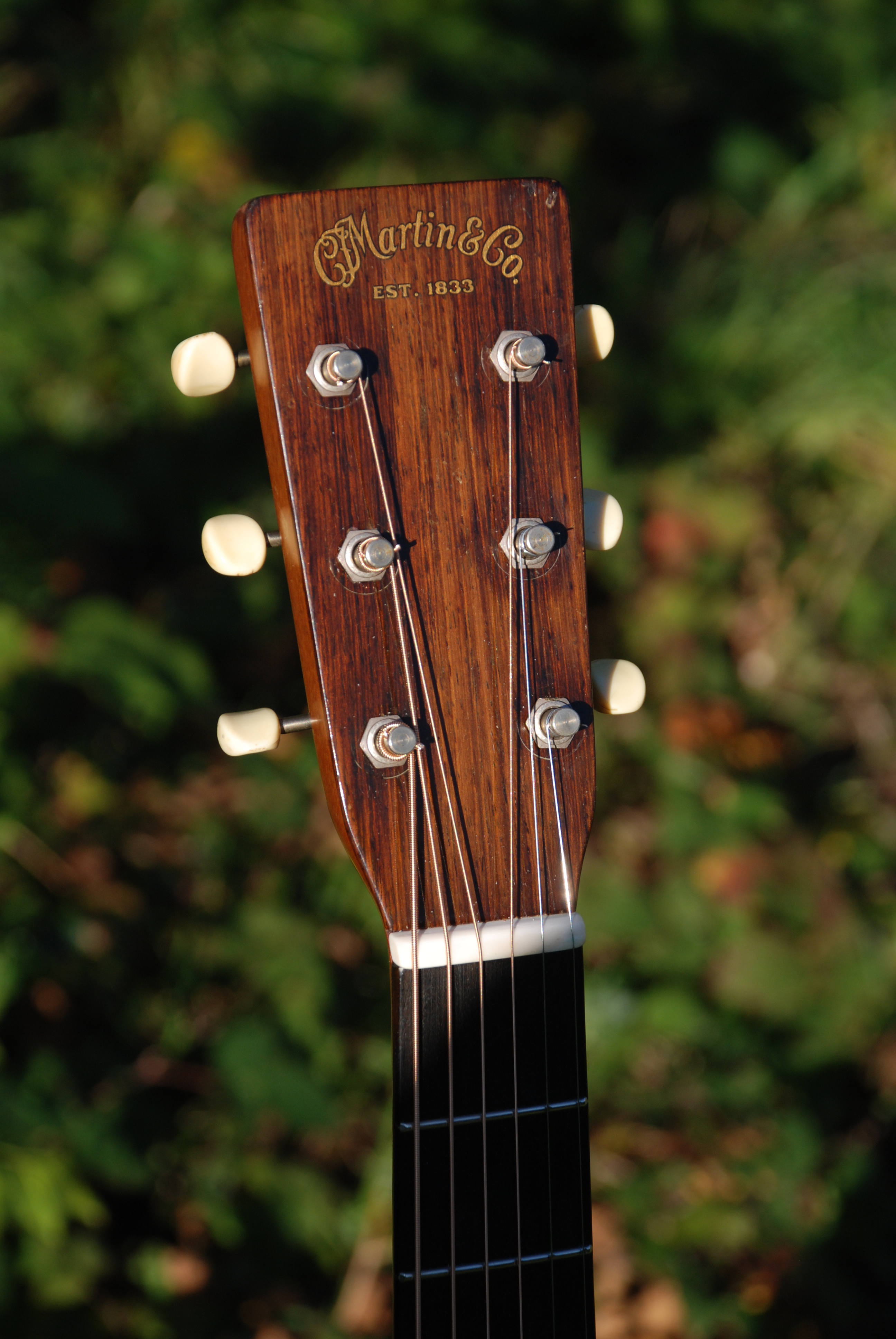 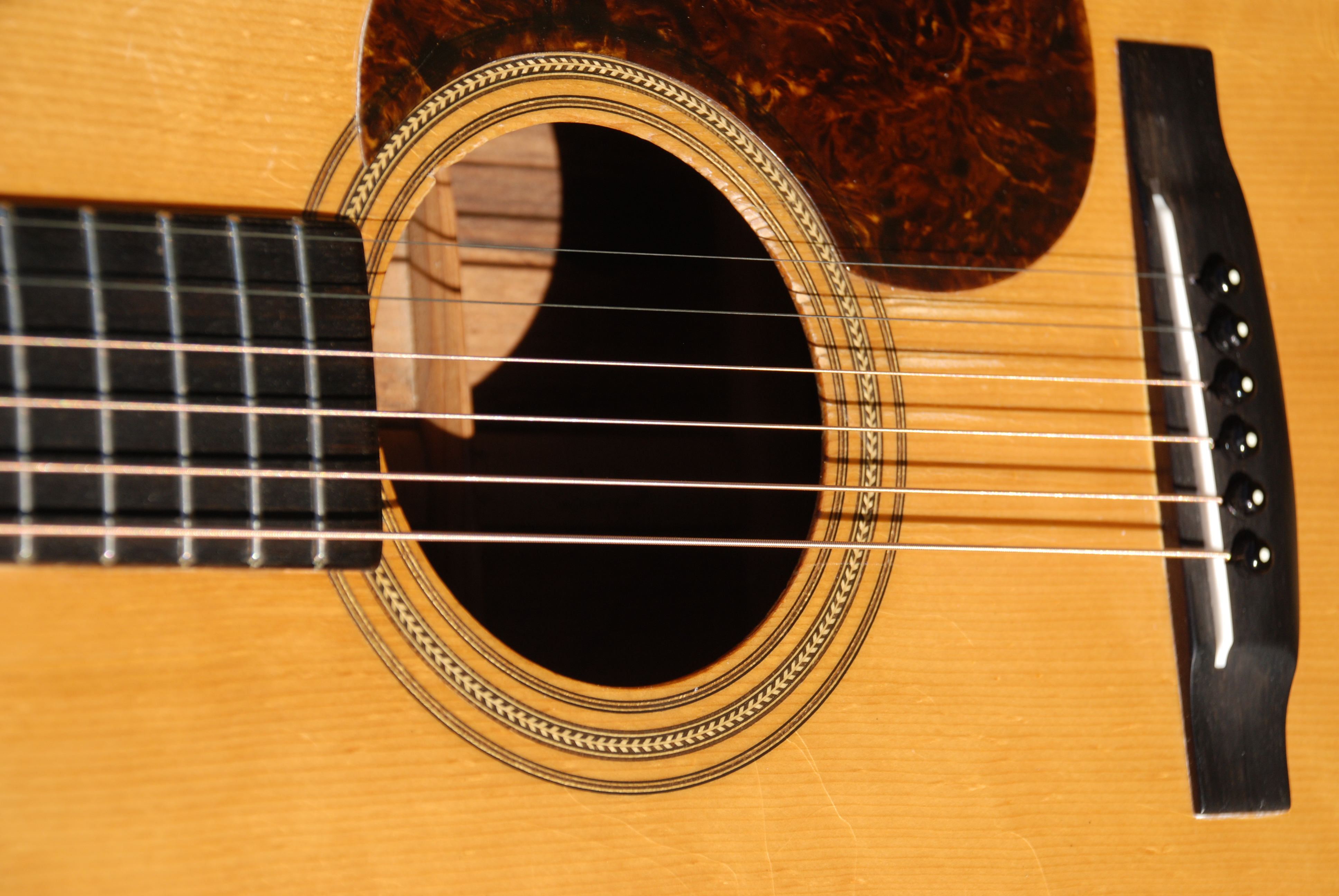 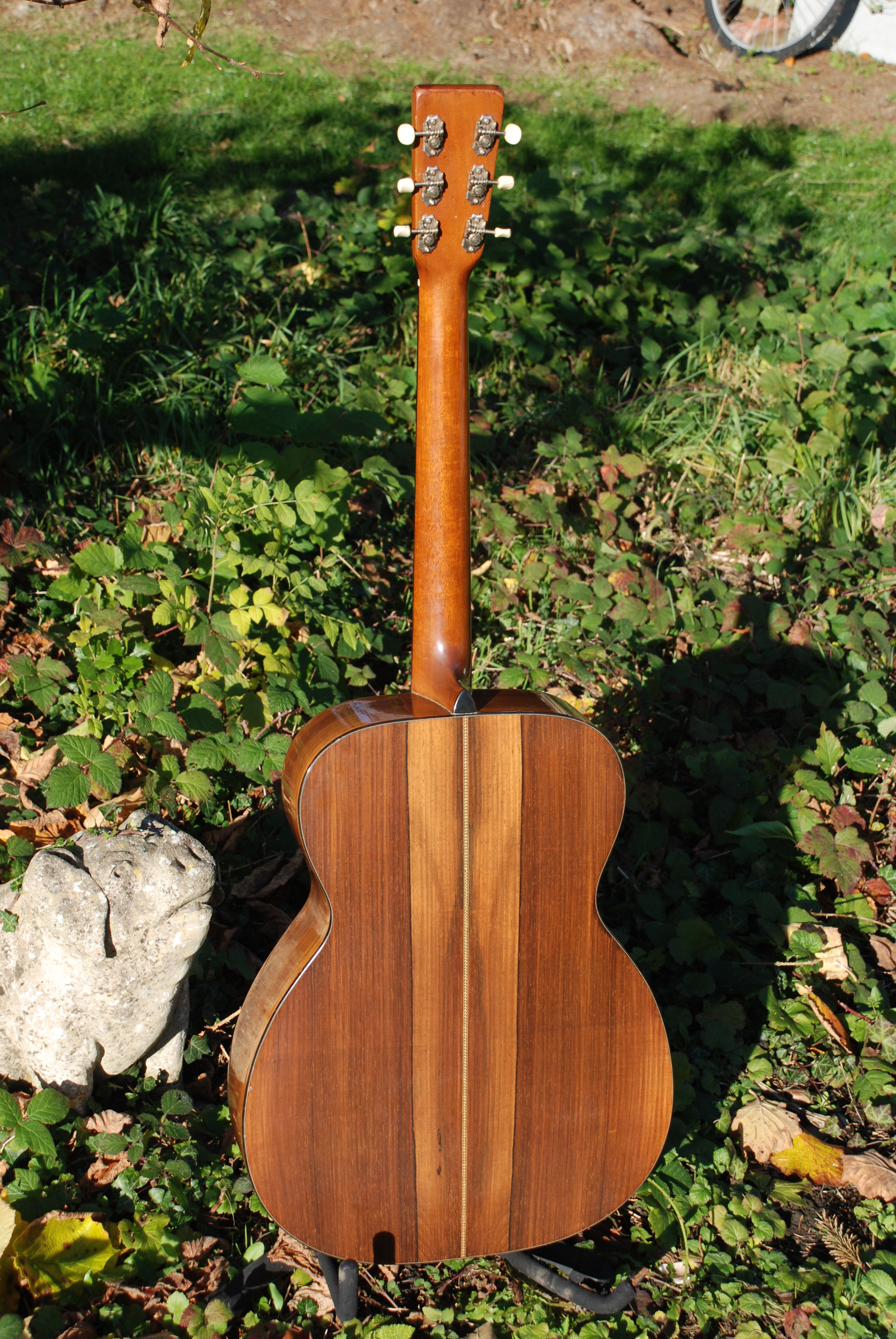 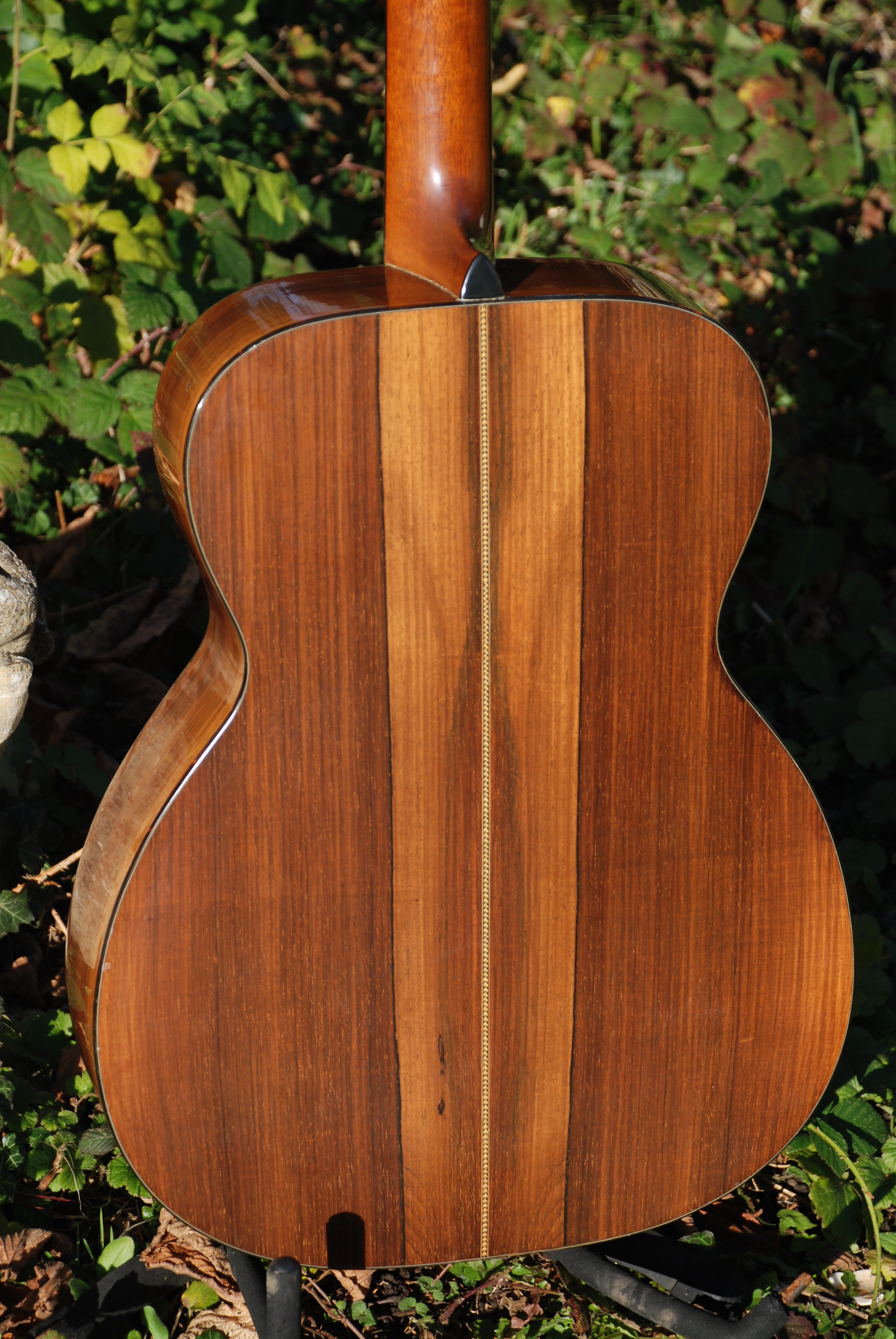 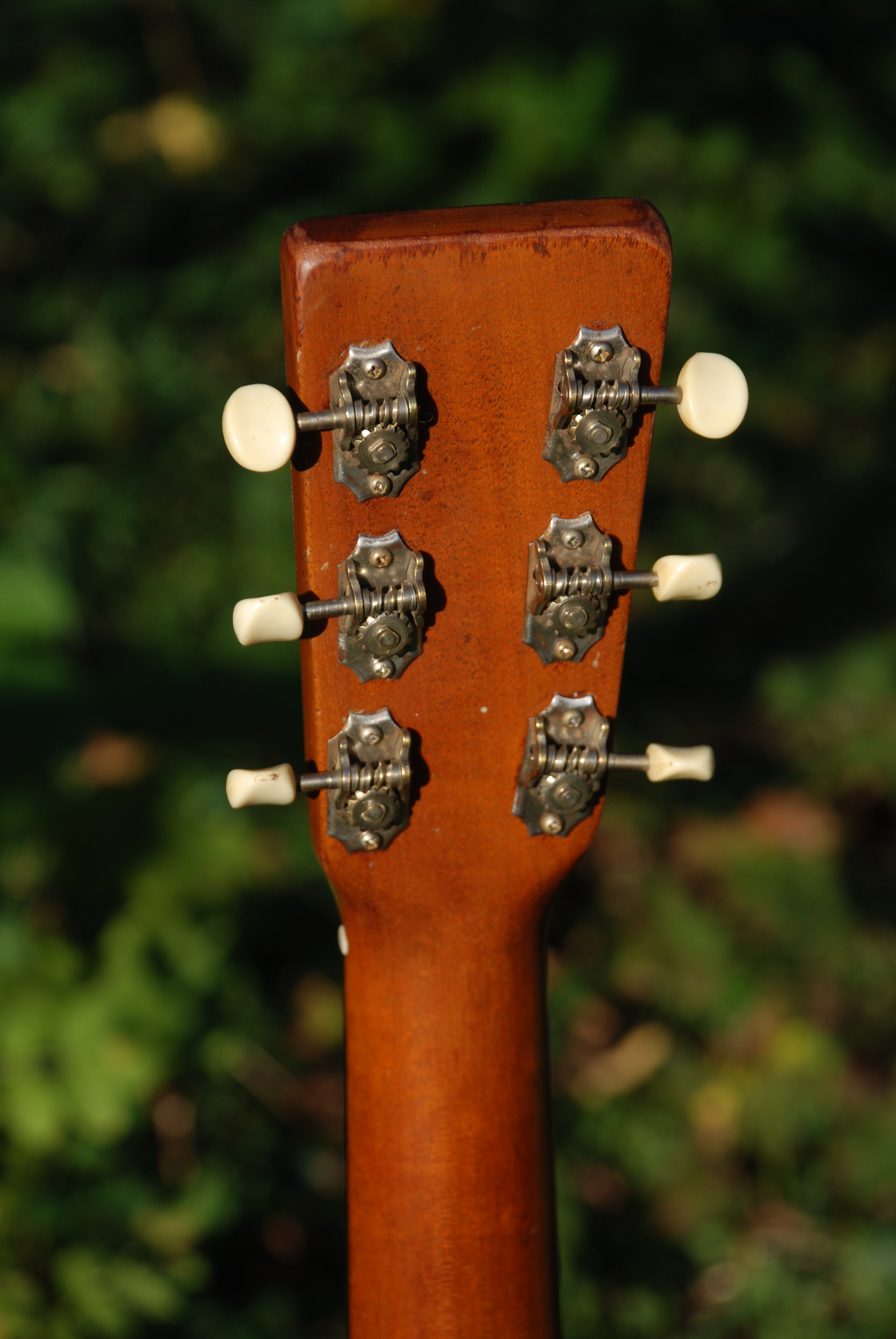 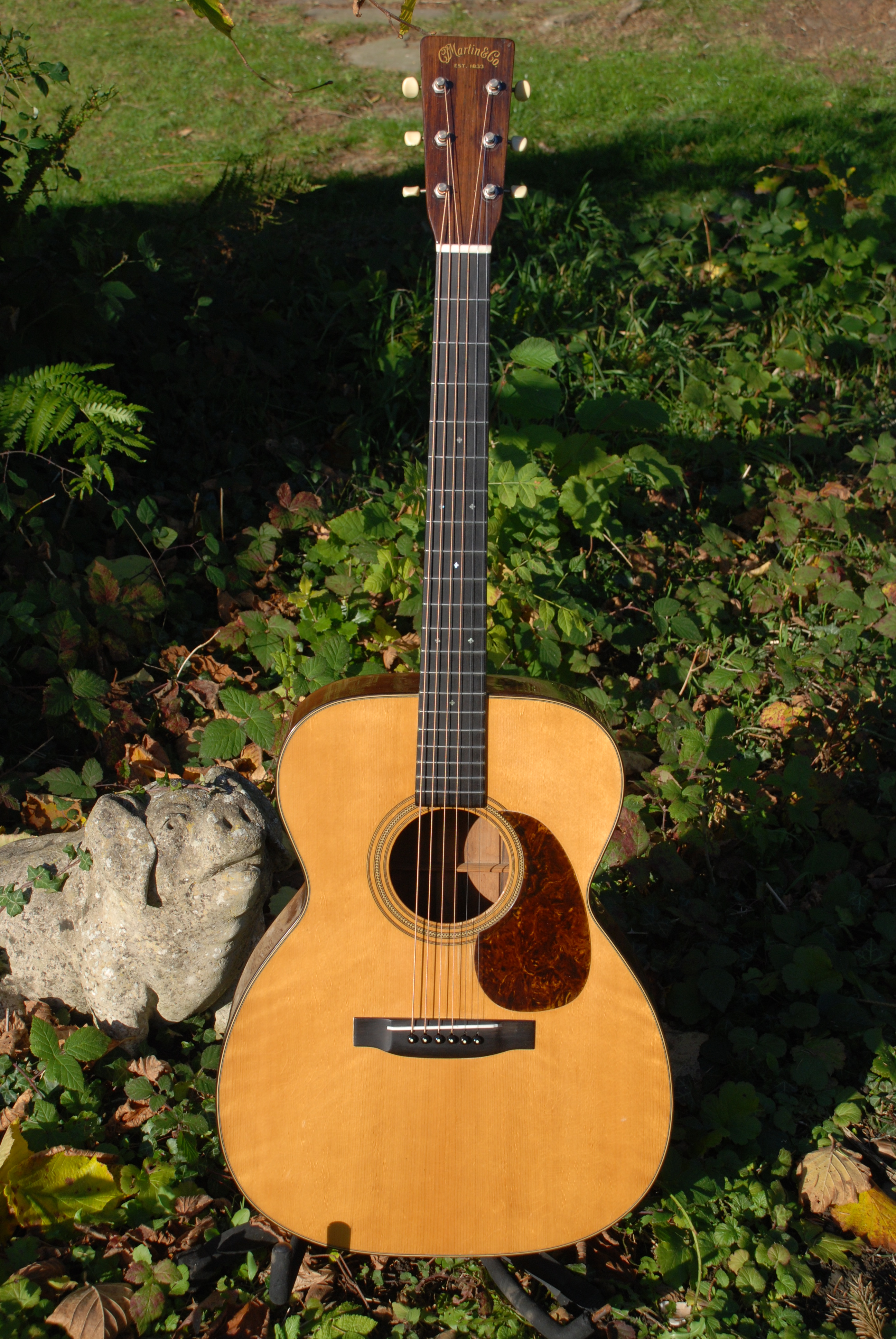