Lovely late 60's (pre-Woodstock) Martin D-21 in finely figured Brazilian Rosewood with a Sitka Spruce top and in great condition.  This machine has a superb woody and thumpy voice that is well balanced and doesn't have that woofy big bottom end that these later braz. Martins are known for.  It's just sublime and is one that would record with ease. The rosewood board and bridge combination with the rosewood body are the hallmarks of the "21" series and I love the woody yet powerful voice this series has. All original exclusing a replaced lollipop brace that had failed and was done in the U.S. before it ever got here.  The graining of the brazilian is very pleasing, It has 2 cracks, one to the treble side lower bout and one at the B string pickguard which is almost universal on old Martins.  The inside is unmolested with it's original bridgeplate and bridge along with tuners and pickguard.  This is also the latest Martin that I've owned with a tortoise guard which defines my cut off point for most Martins, so it made the cut and is a great opportunity to acquire a good and scarce Martin D-21 brazilian dreadnought. 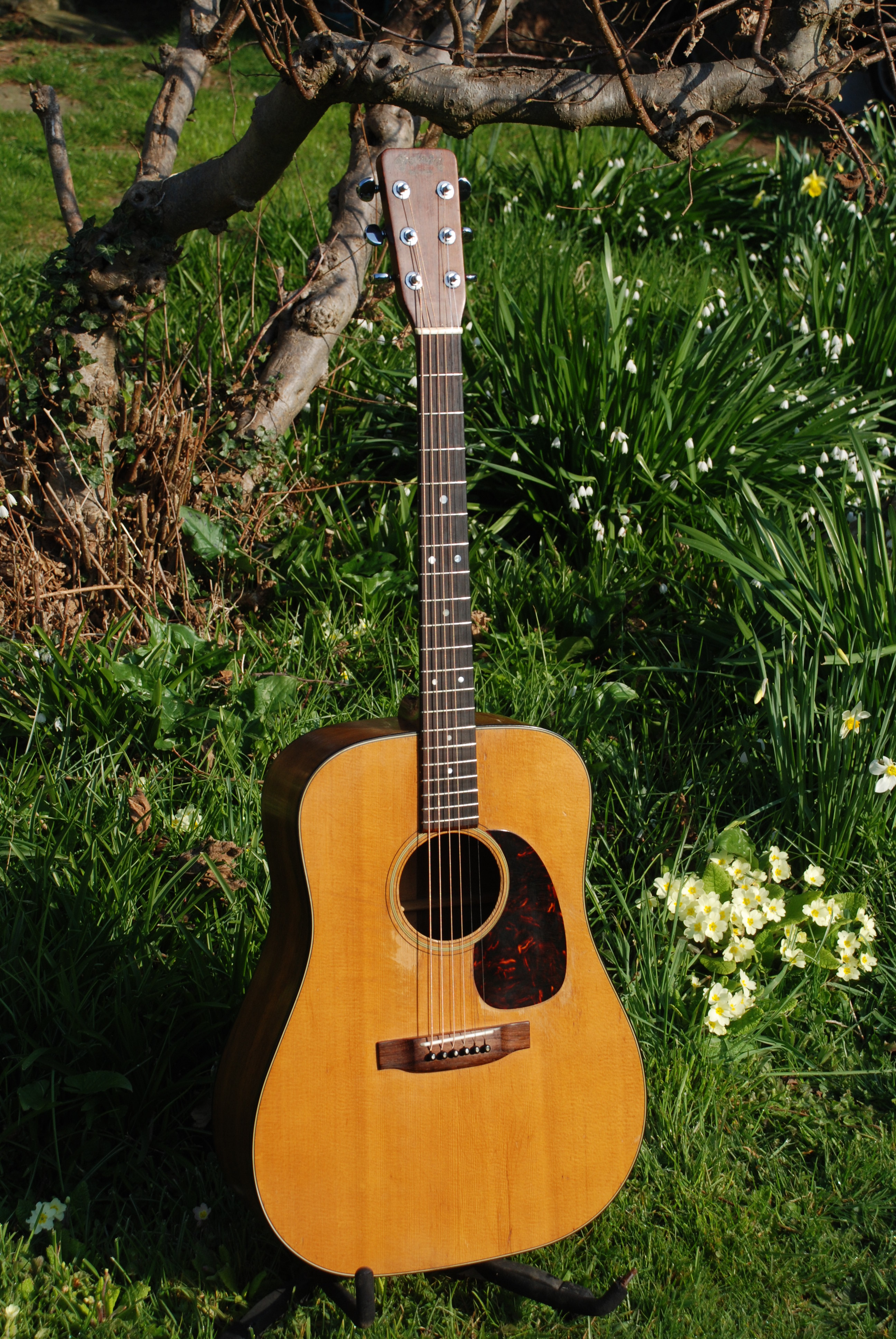 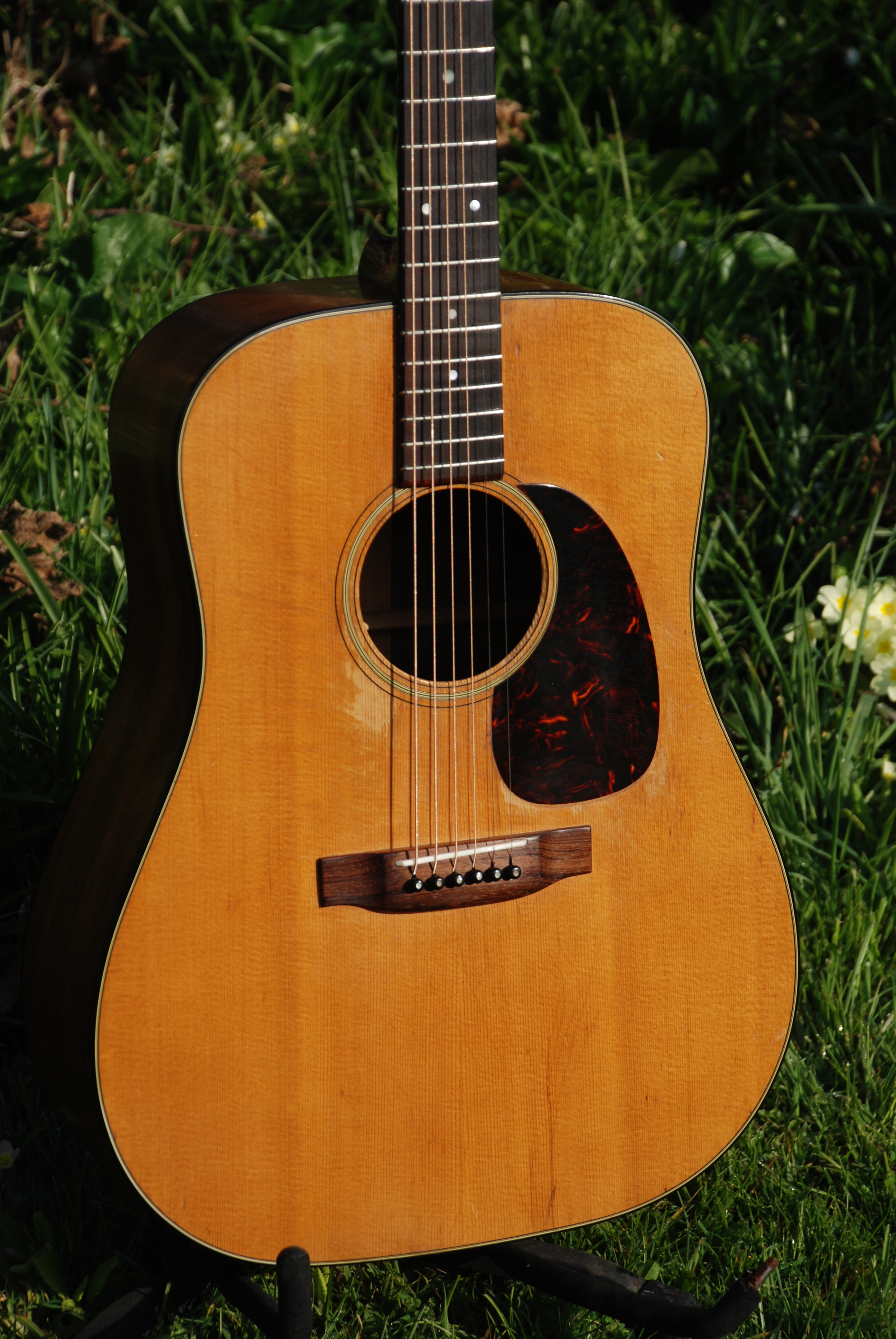 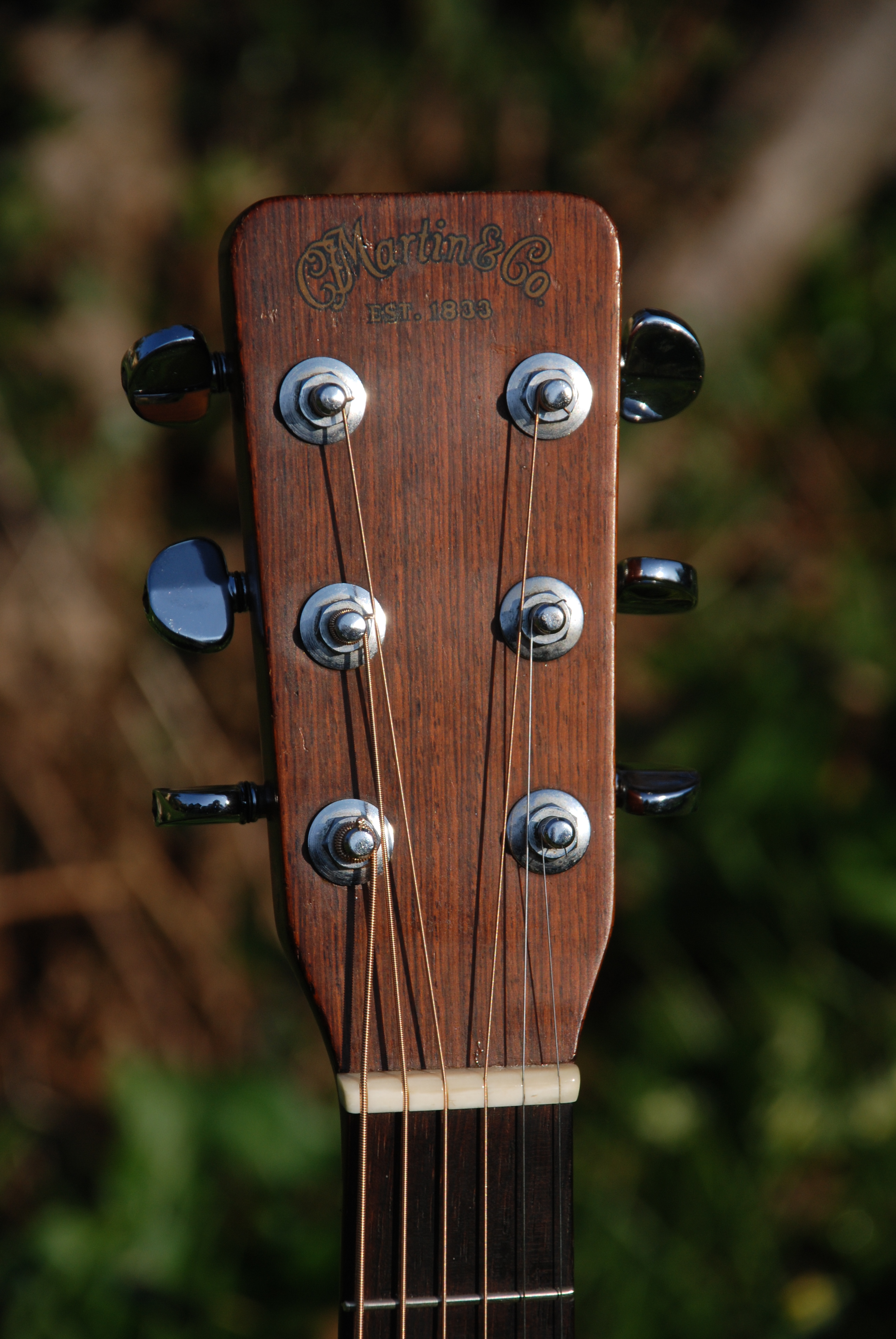 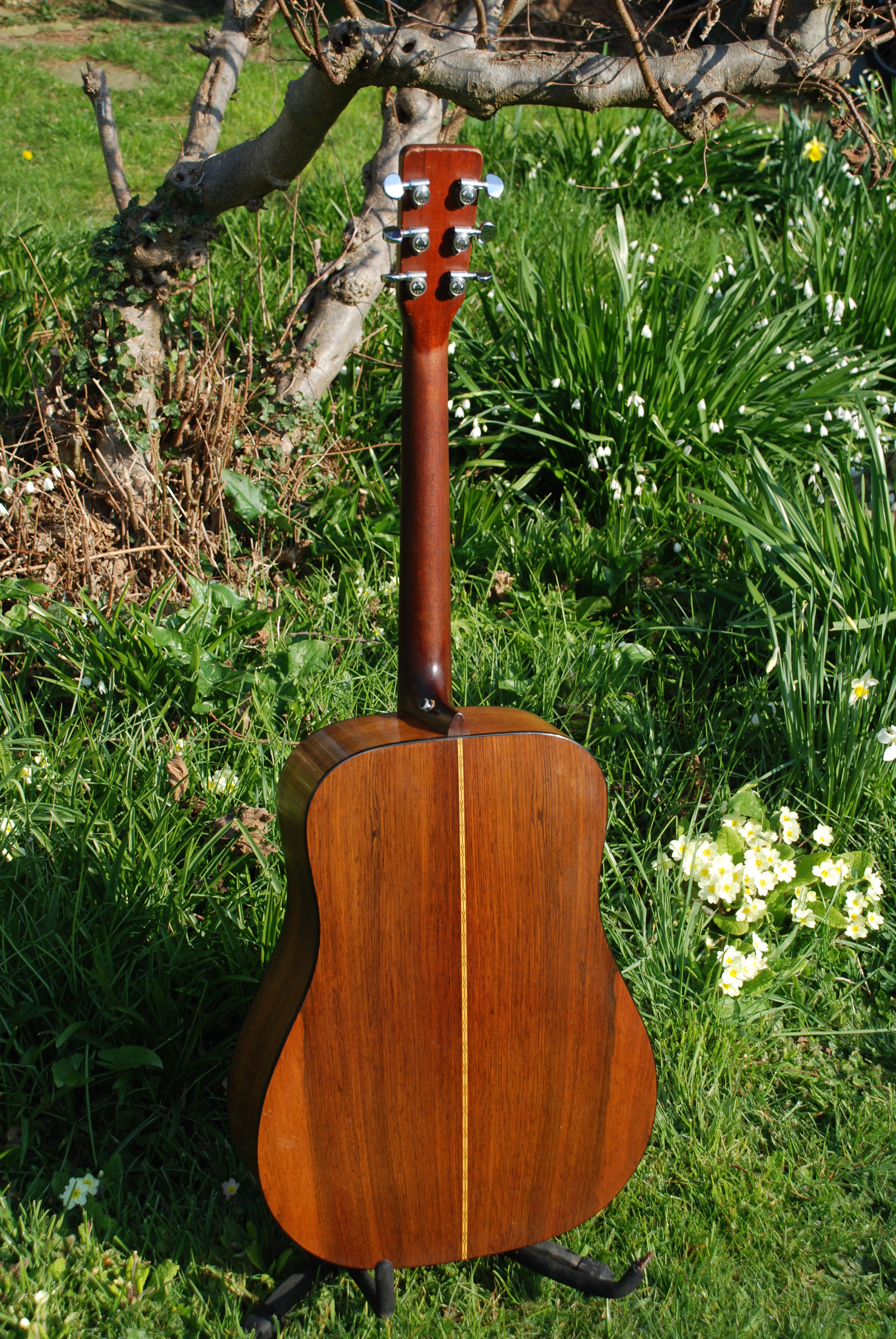 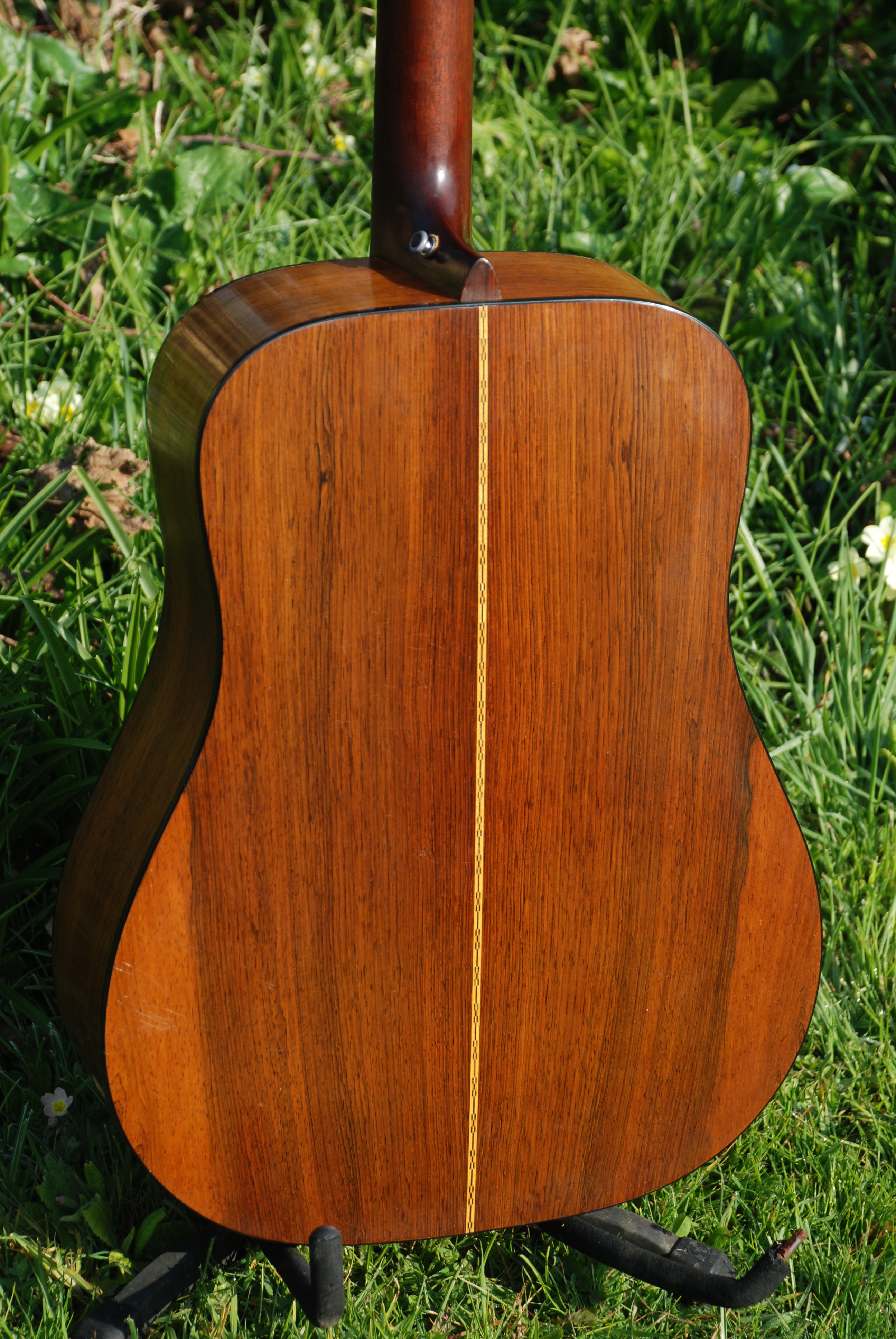 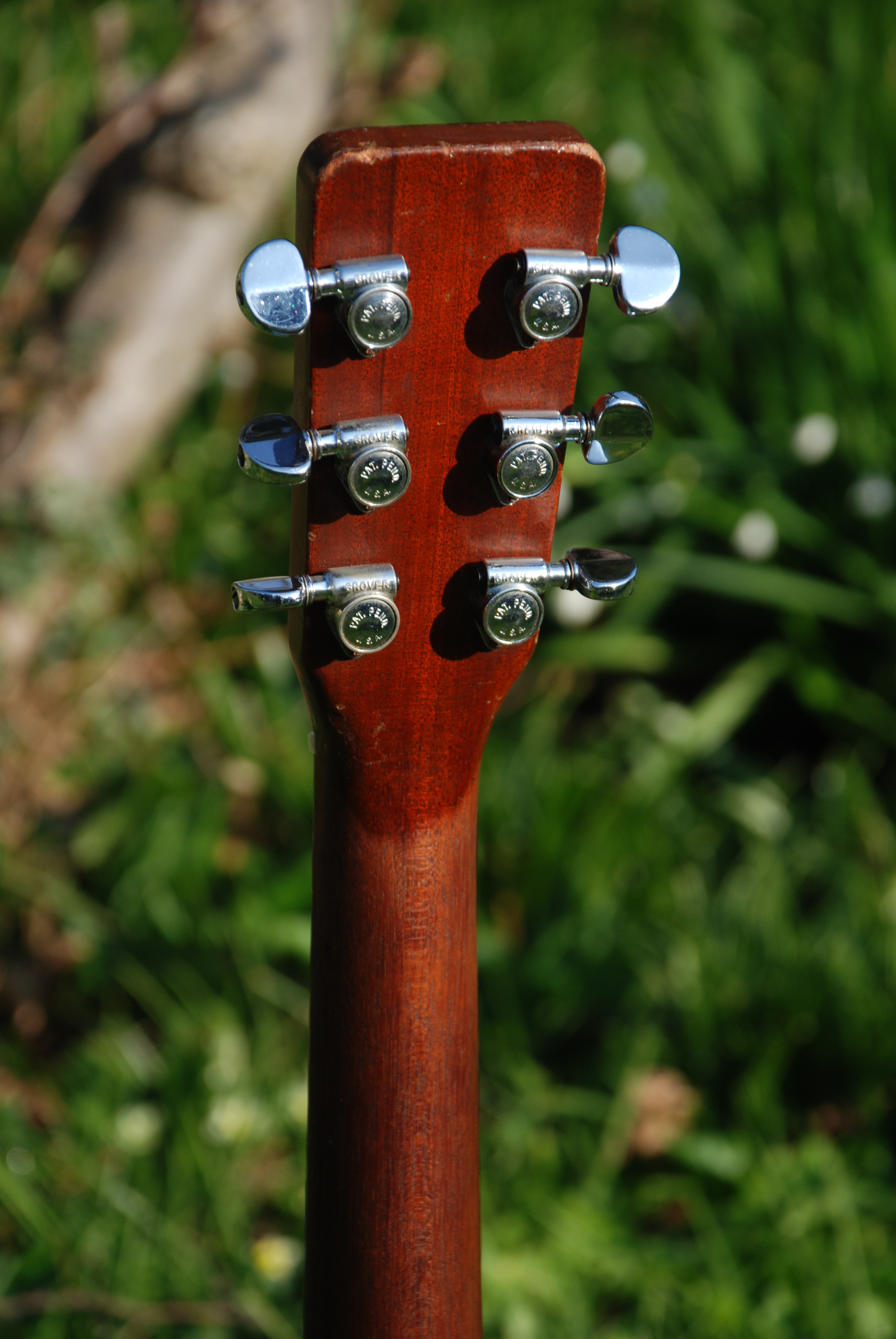 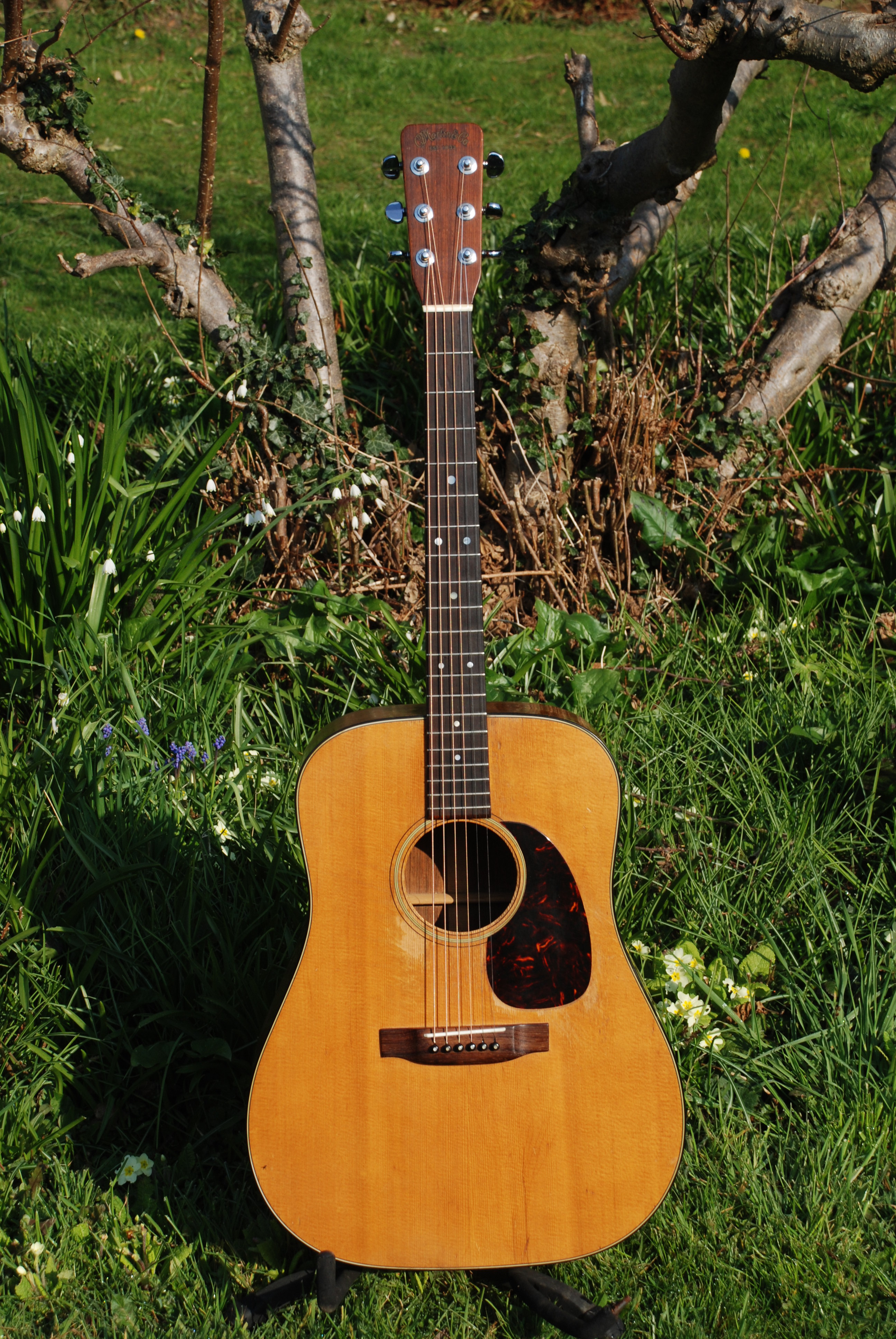