I'm not even going to try to describe this amazing and extremely rare guitar.  As far as we can determine, this is it's first public offering and it has always been in England.  It was first owned by a musician named Ken Kapua (Ken Reese) who played steel guitar in England in the late 20's to mid-30's.  In 1933, he wrote the article: "Joseph Kekuku, The Originator of the Hawaiian Guitar" and was published in the "Banjo, Mandolin and Guitar Magazine".  It has recently been owned by an older Spanish guitar teacher who has had it for many years.....too many to remember with any degree of accuracy.  There couldn't have been many owners between them.

An interesting aspect of this Lucas is that the FON number is an A suffix which is for 1935 but the serial number, which is supposed to be put on the label when the guitar goes out of the factory is for 1934, so it is opposite what it normally would be.  Typical Gibson.

Probably less than 100 of these were made in maple with 14 frets from the 5 years they were built. How many have survived we can only guess.  It is all original, in exceptional condition and has it's original Geib style hard shell case with blue lining to boot. It is considered by many to be the best acoustic guitar ever built.  I agree.. 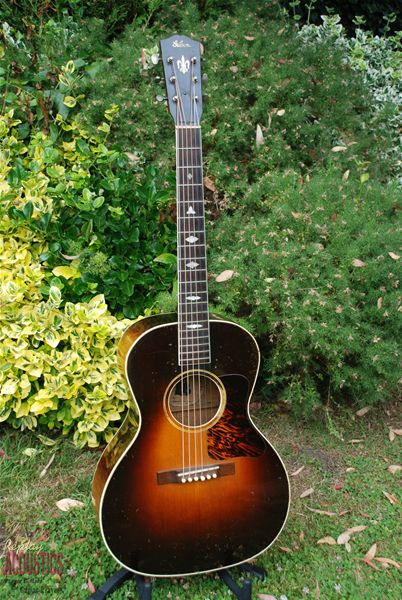 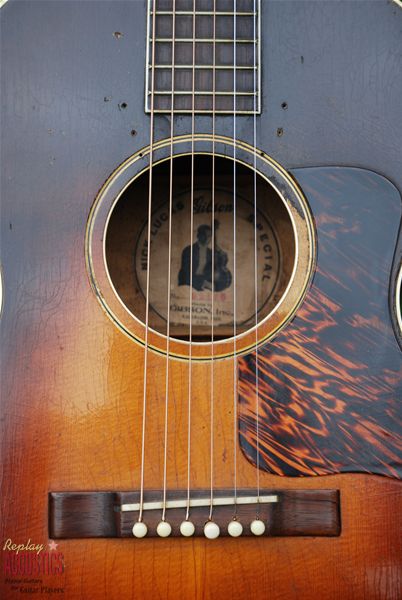 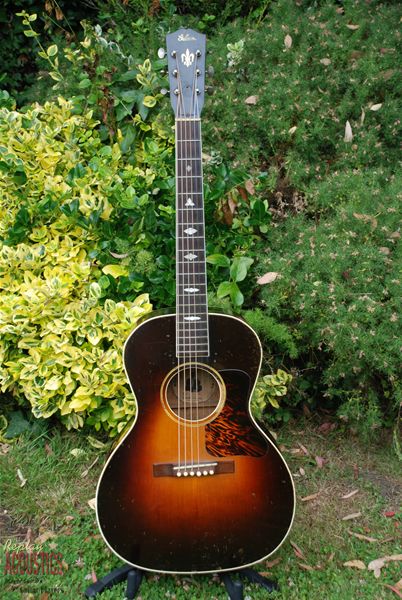 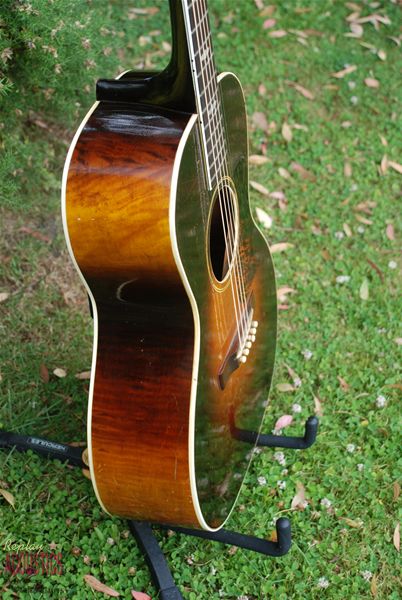 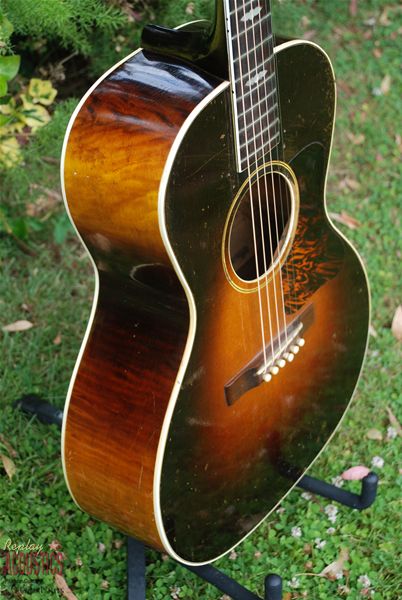 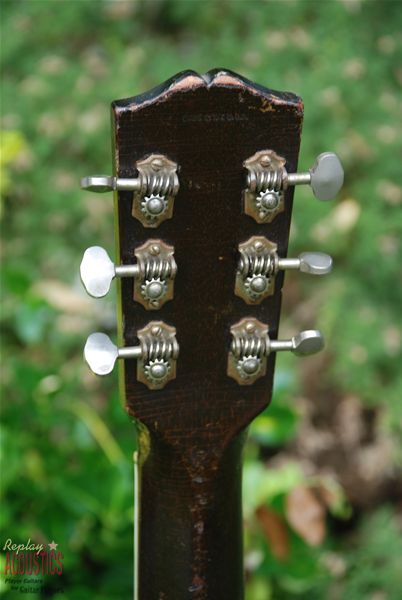 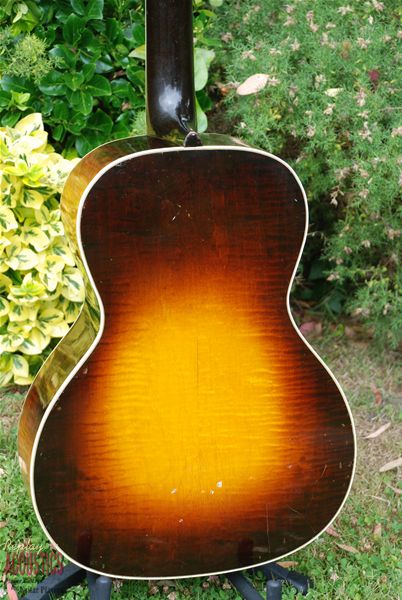 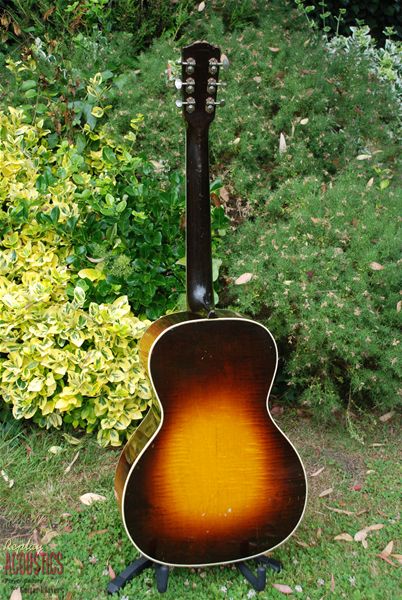 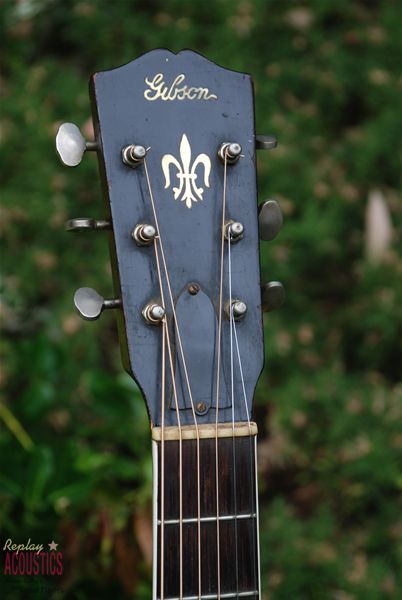 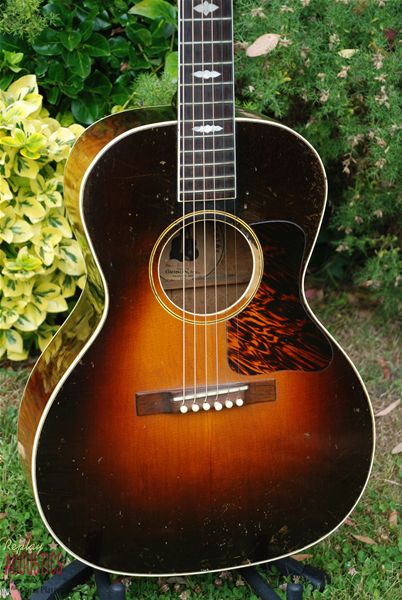 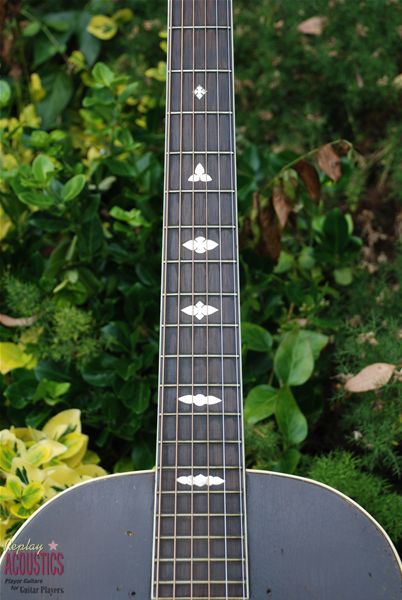