Built to celebrate the 100th anniversary of Chicago in 1933 and the hosting of the Century of Progress Exhibition, this Gibson model has surely become one of my favorite Gibsons.  If you take a minute to contemplate who was designing these completely wackball but marvelous guitars for Gibson during the 30's, you begin to wonder who it was and where all of this off the wall inspiration came from........especially when Martin was and has always made at the very least: predictability.  But Gibson??  What were they smoking??  And what a great outcome.  Eau de toiletseat......call it what you may but take a good look.  Spectacular.  And.....this example is a demon.  Played tons with a sound that blows your hair off.  Nick Lucas doesn't have anything on this one.  My goodness.

Beautiful curly maple tonewoods with an Adirondack Red Spruce top and brazilian under-board and bridge with all original parts and a sound that is hard, crisp, clear, powerful and immediate......with HUGE projection. I guess I've blabbed enough superlatives about this guitar.....but it's how I feel about it.  Enough said. 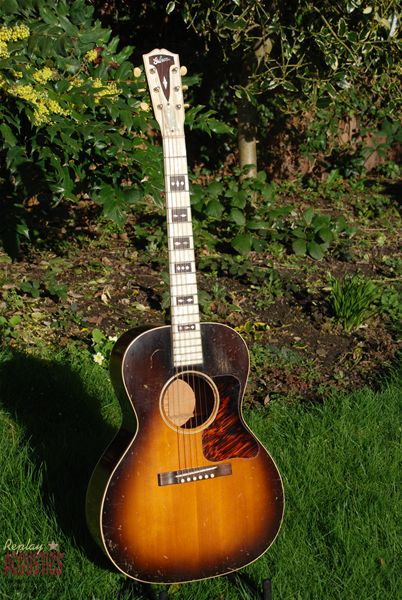 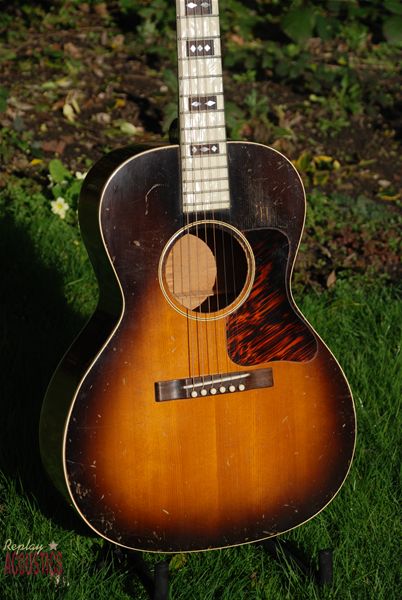 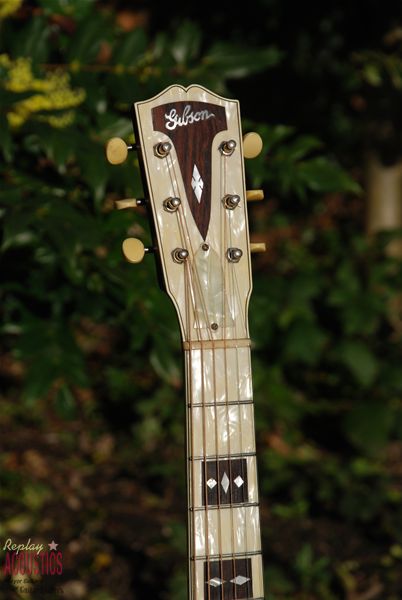 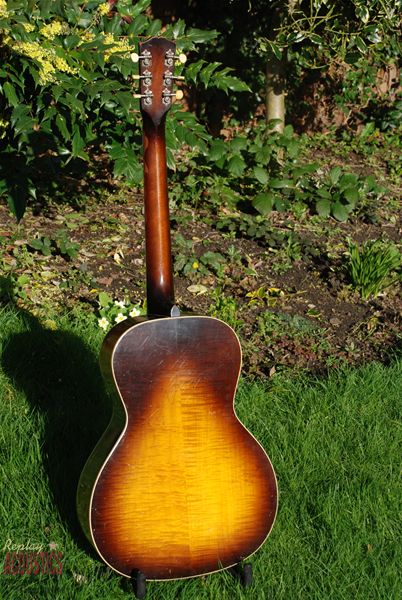 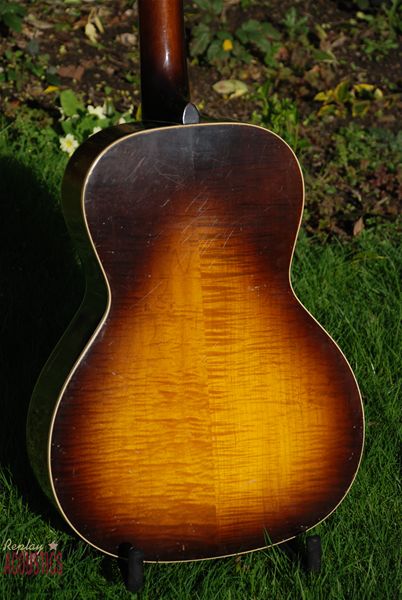 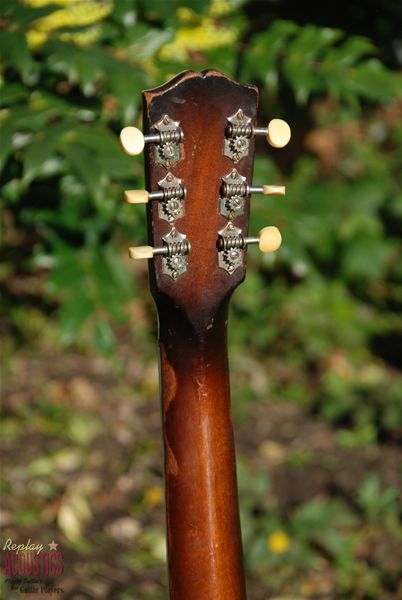 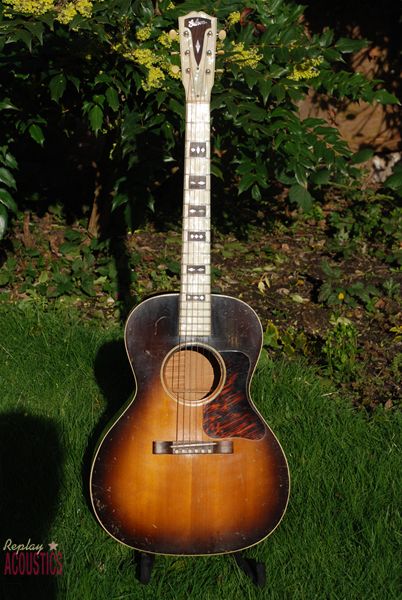