A year out of the war and Gibson was still making it's war era spec J-45 with a logo that is now missing the banner.  That is the only difference between this great guitar and any of the war period banner j-45's.  And it sounds it.  Beautiful sunburst finish and all original, this old gal has been thru this mill twice before and it's always good to see it and play it again.  Crisp and dry with a raspy voice the likes of Bob Dylan's ghost.  It's the same basic machine that Bob used in most of his earlier recordings where folk was king.  Lovely condition with a healed center seam that you won't see and it's ready to handle stage or studio.  Just unfindable these days. 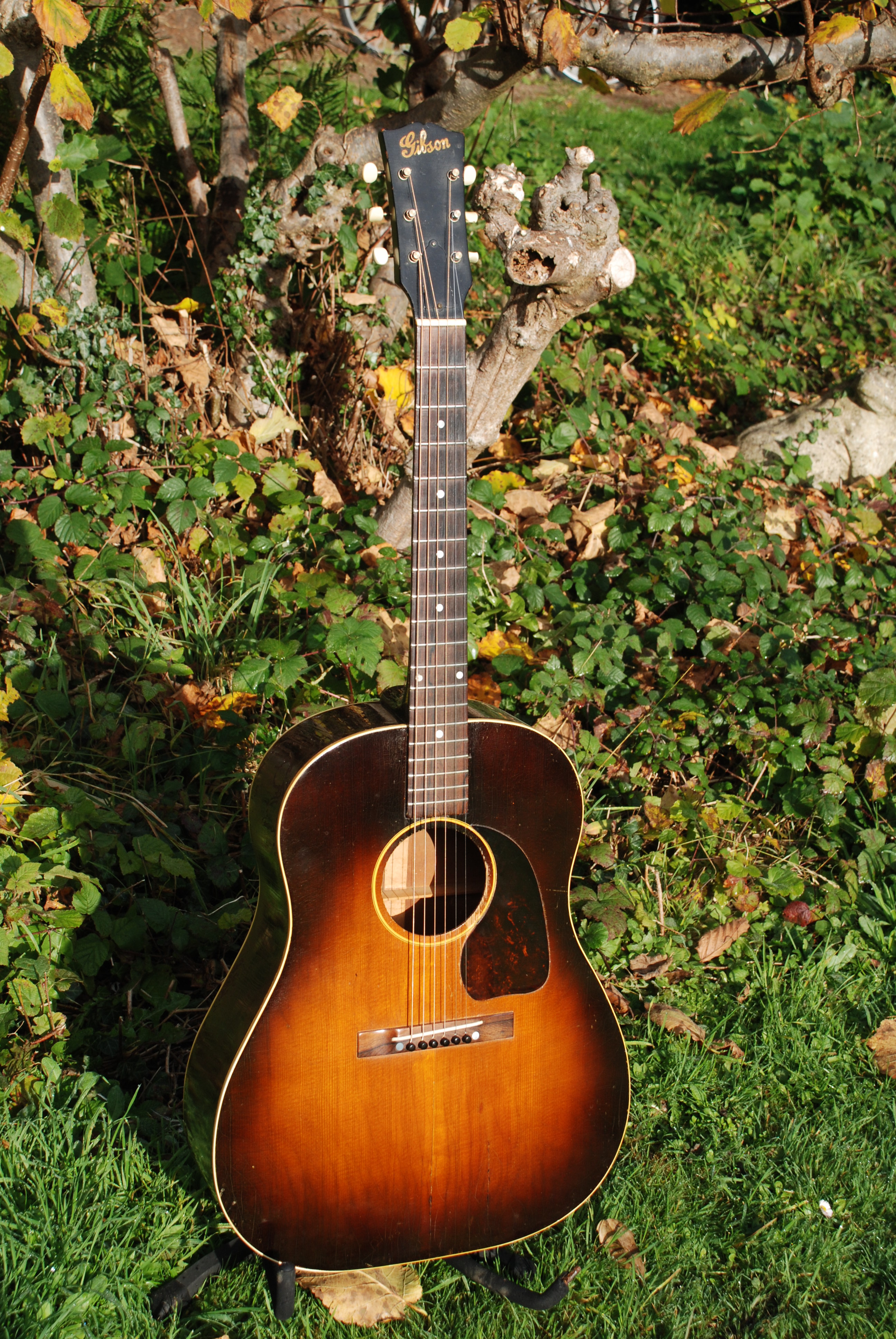 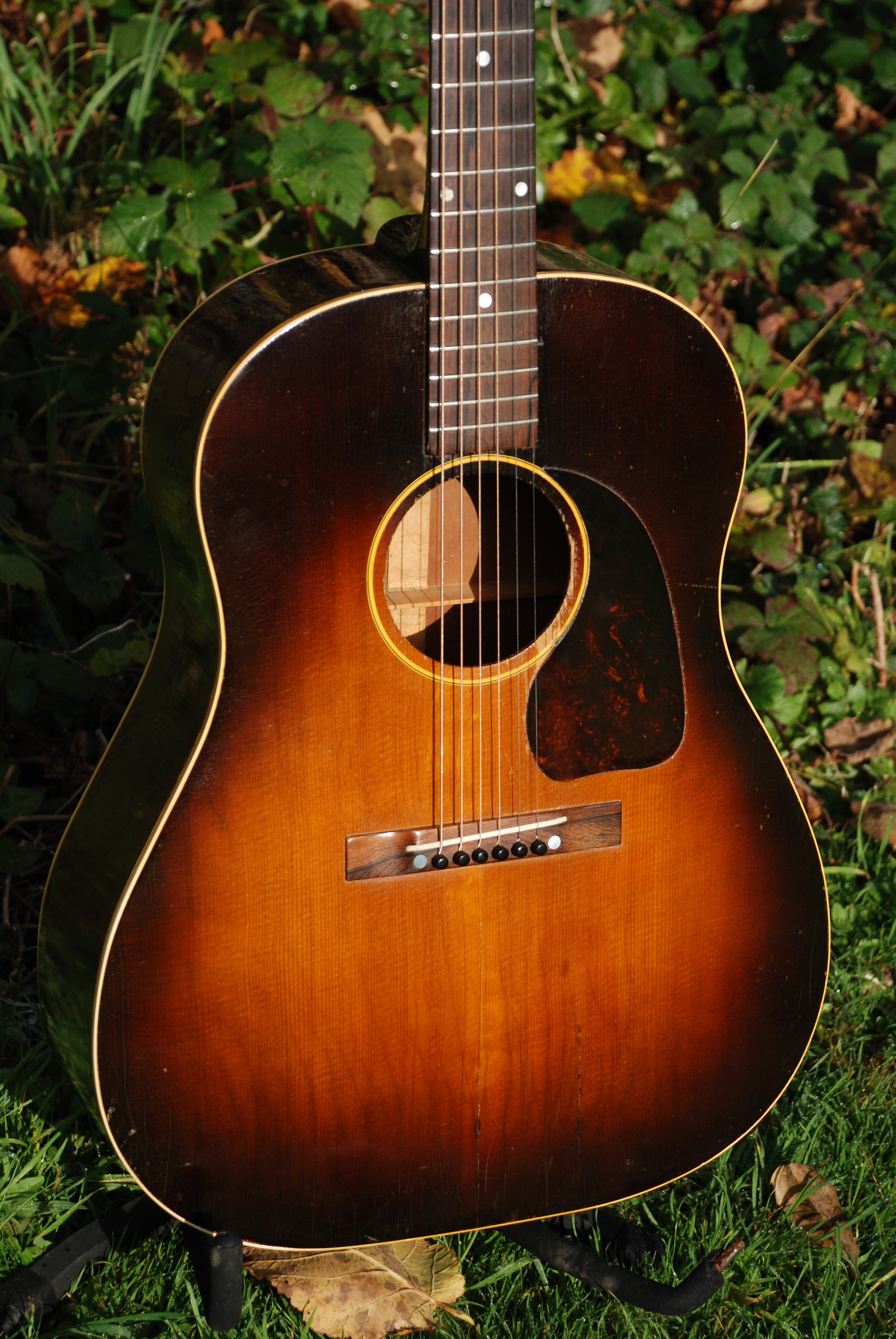 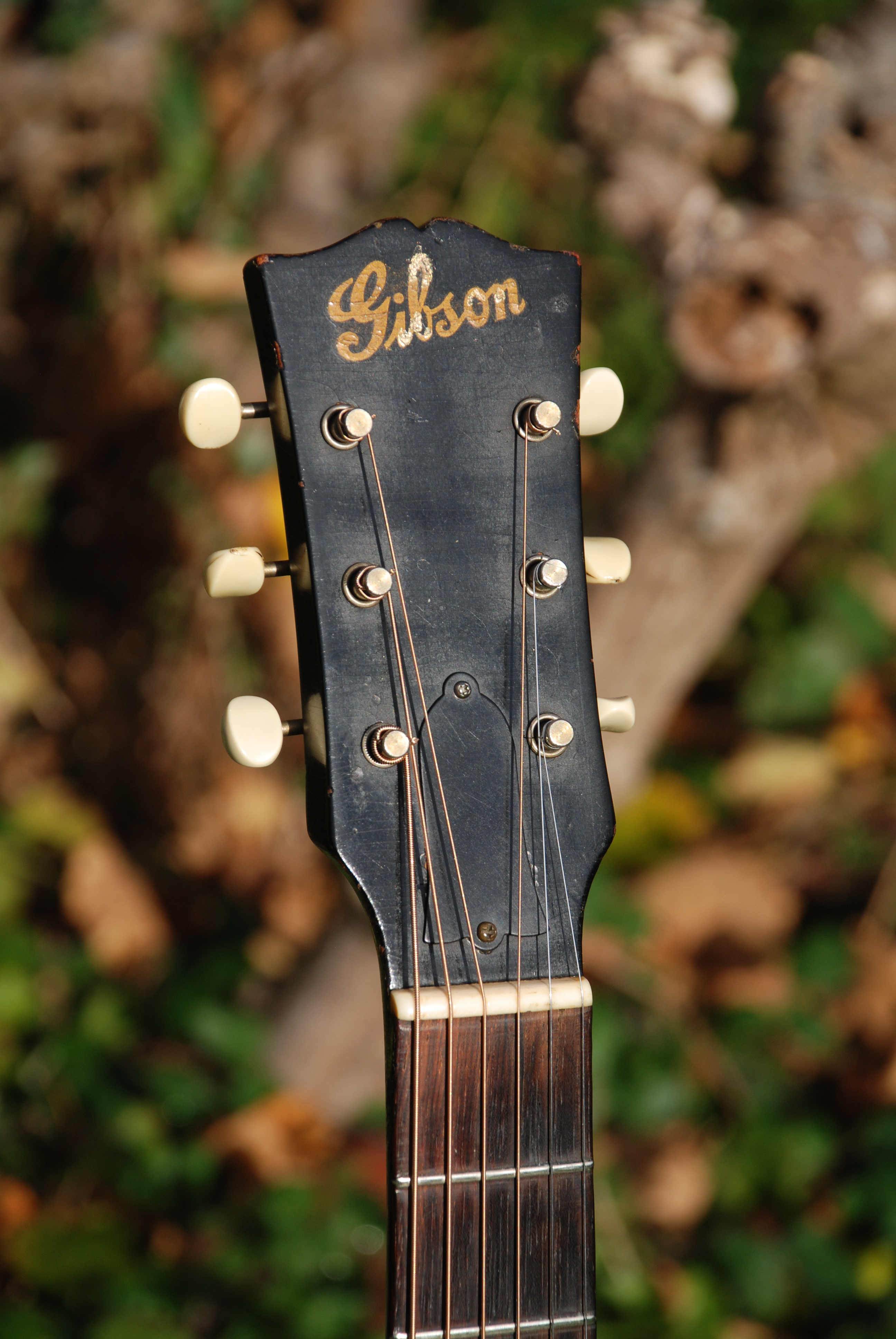 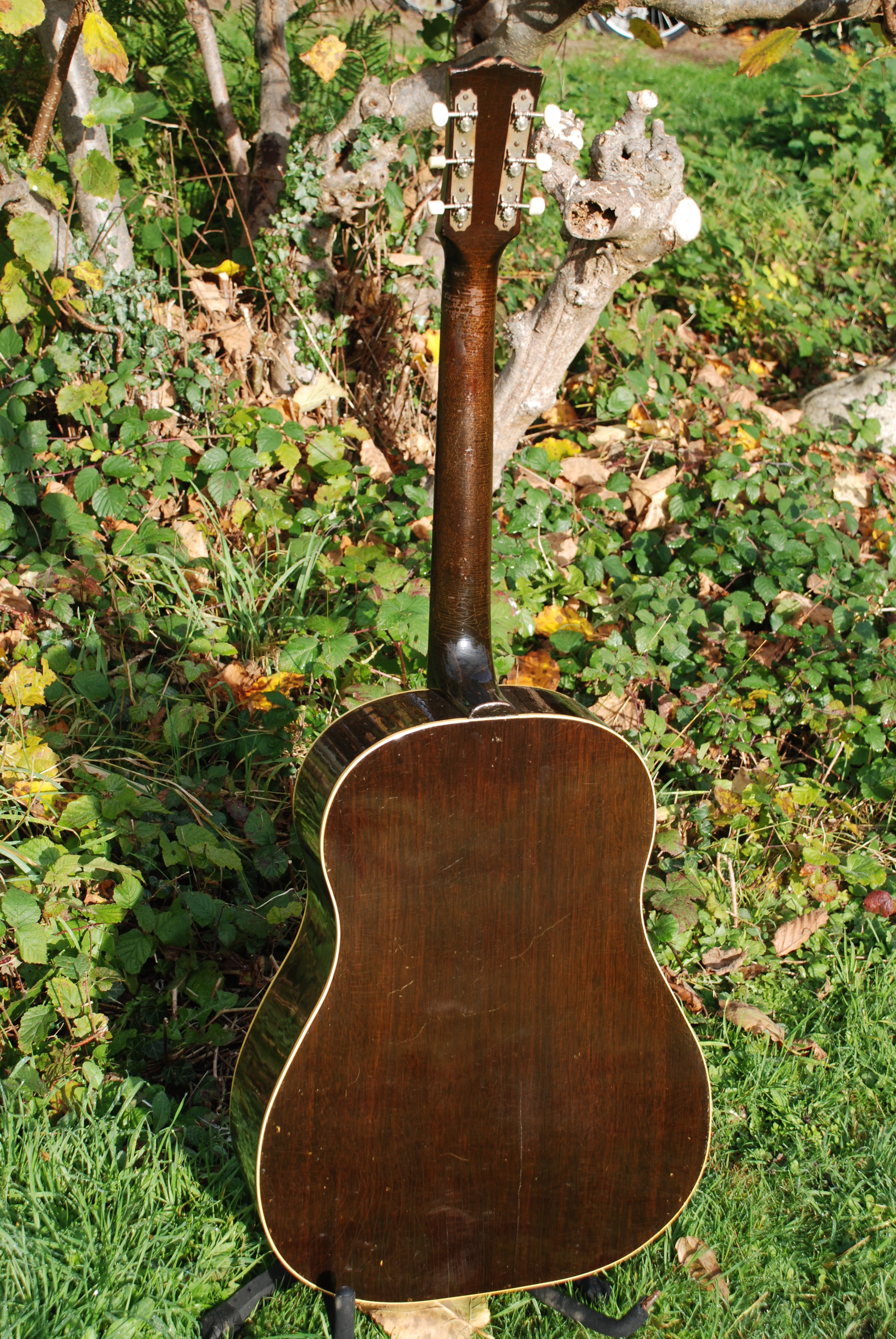 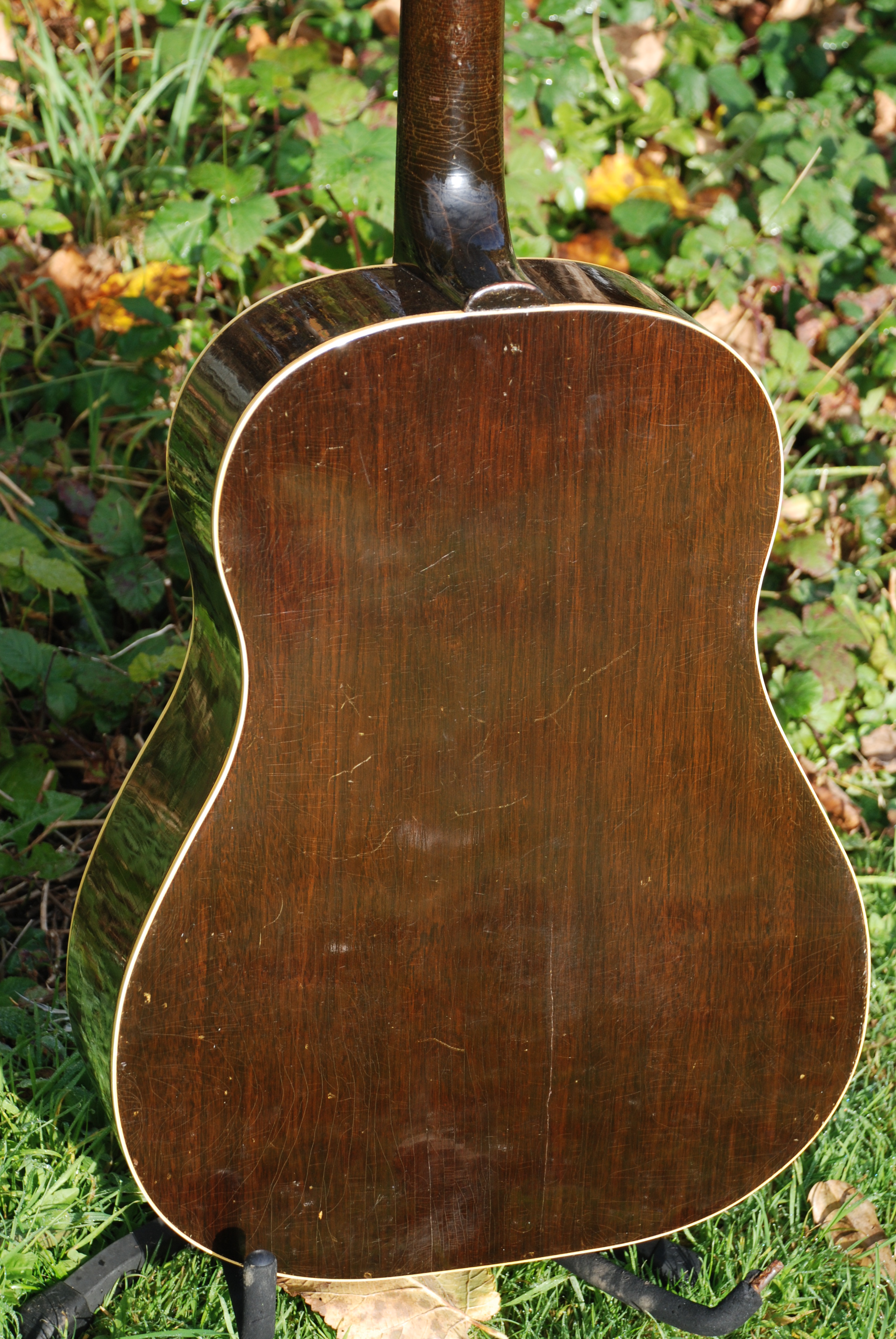 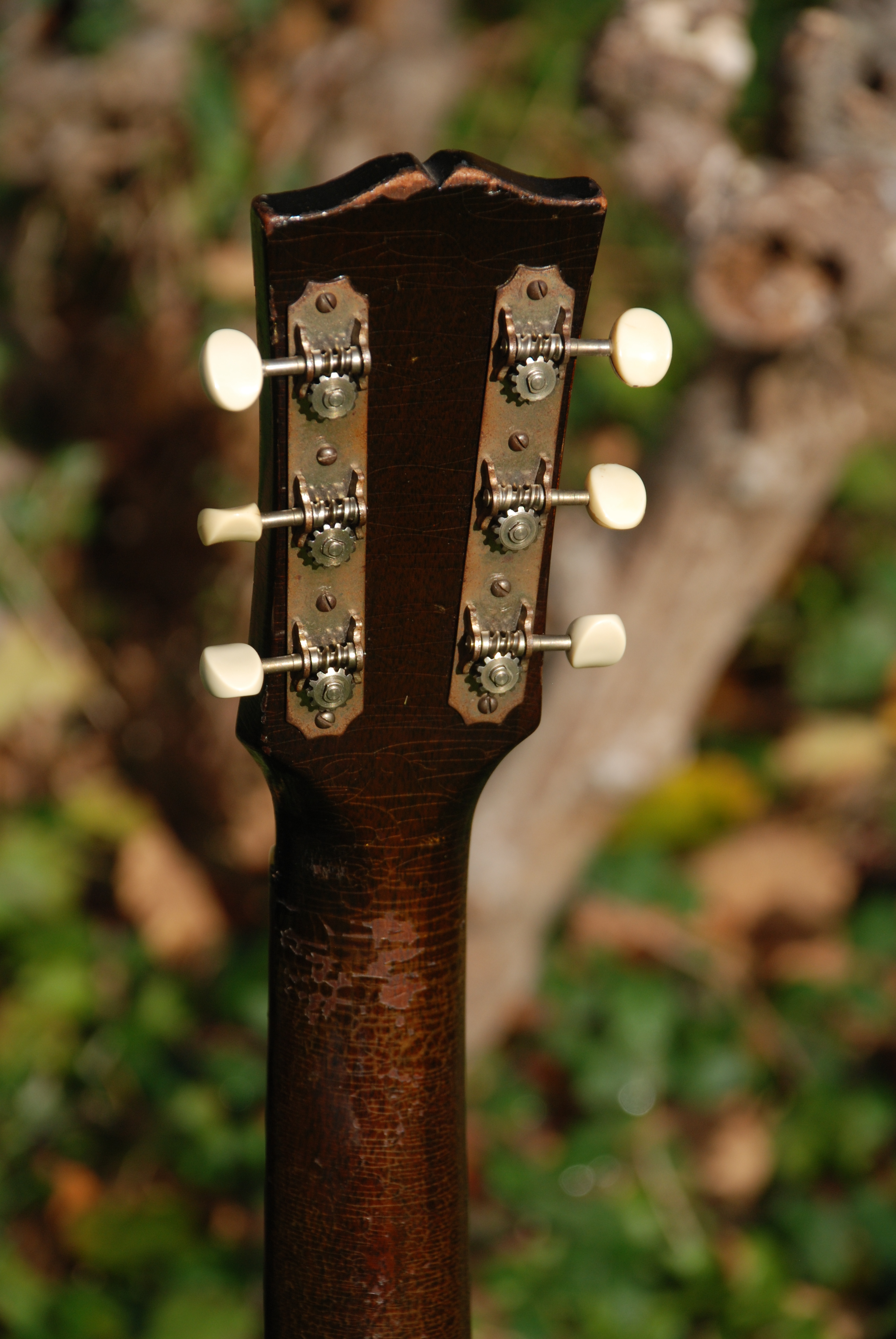 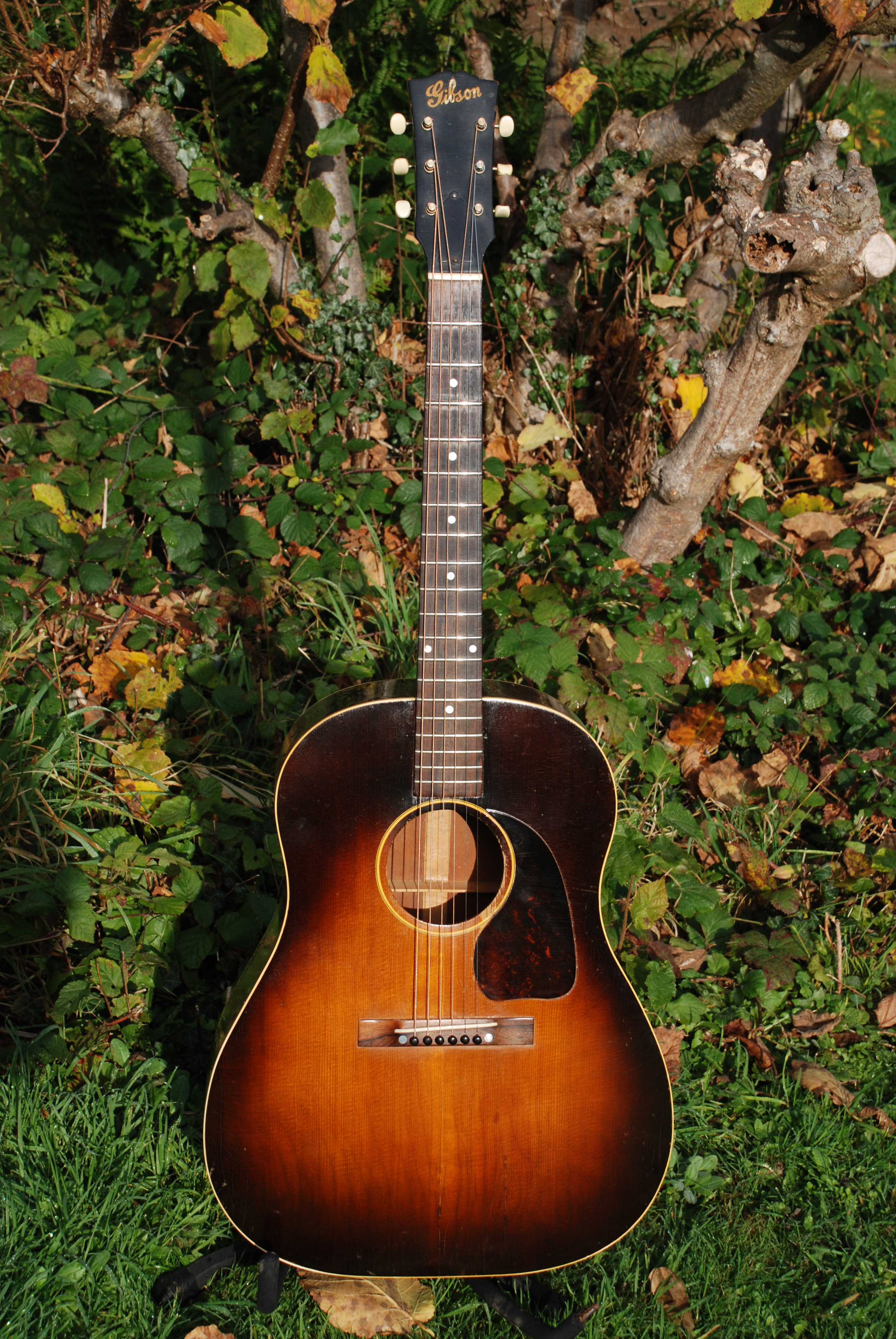