The most expensive guitar of the line at the time and probably the rarest of al the Southern Jumbo variations: The '46 Script Logo SJ.  Made in 1946, the only year that the Southern Jumbo Script was made without a neck binding, this guitar is a true musical masterpiece with the model seeing use by the likes of Hank Williams.  19 frrets with medium baseball bat neck, 17 degree peg head angle, tapered headstock, thin clear burst finish, solid one piece back and bottom belly bridge are all characteristic of the construction features of the early SJ.  Along with that it has tall scalloped bracing, giving it  a sound that surpasses all of the 40's jumbos that we have had in stable if you like huge volume with tremendous tonal balance, great harmonic intonation and big sustain.  It's woody and chunky.....with a really fat voice and a body that vibrates noticably when played.  Each picked note stands alone and is clear and vibrant; a fingerpickers dream because of it's ease of play and it's great projection and clarity.  The body is in fabulous condition with a pickguard crack and some rash at the soundhole lower edge, clearly fingernail created.  The finish is clear and almost craqueleur free with little in the way of distress.  The bridge is a very tidy and accurate replacement, clearly done to replace the original that was sacrificed to keep it playing as it's never had a neck set.  The original individual tuners have been restored and reinstalled after thei pics were done.  The guitar is beyond description in it's degee of rarity and it's musical attributes.......one of Gibson's great accomplishments and certainly a very scarce and desirable guitar !!   Try to find another !!! 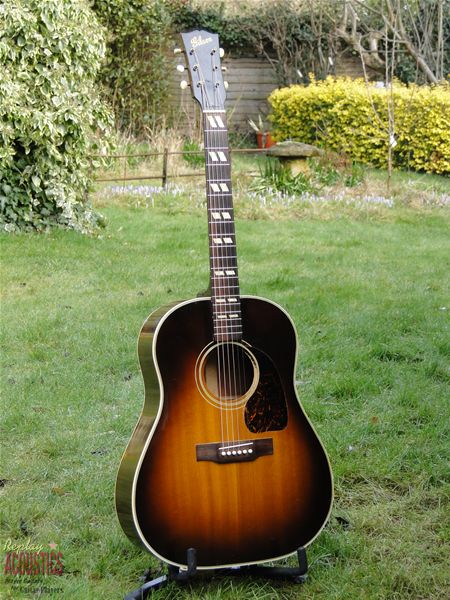 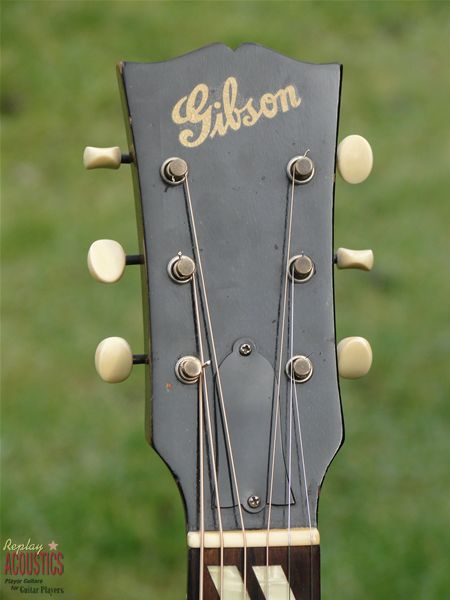 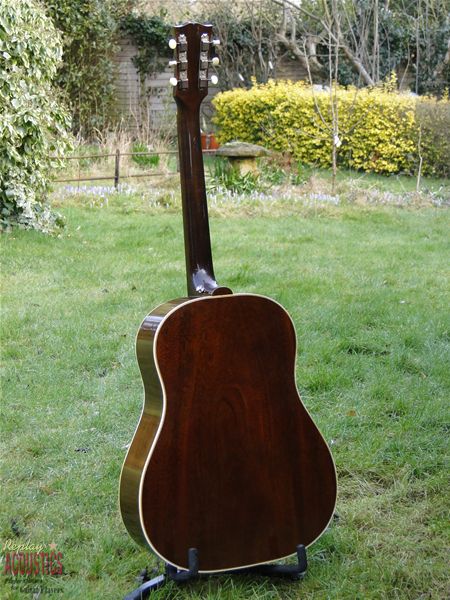 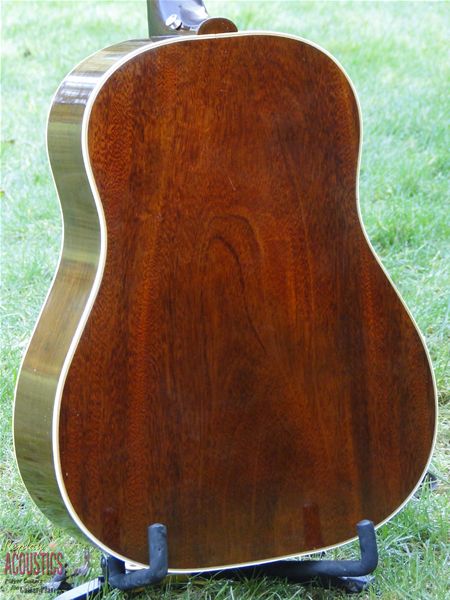 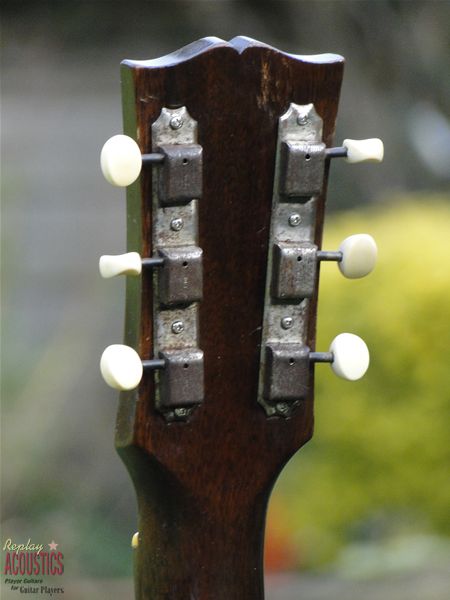 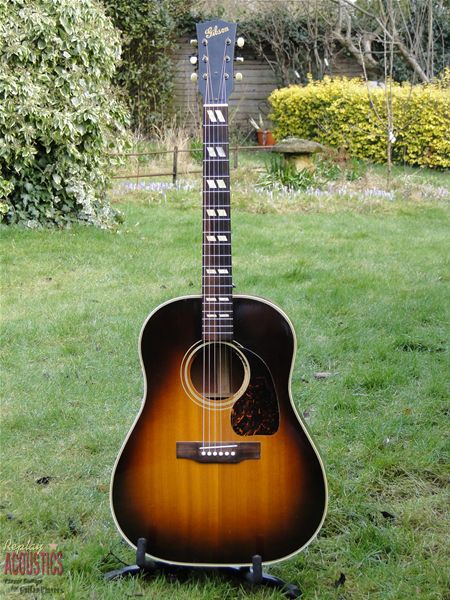 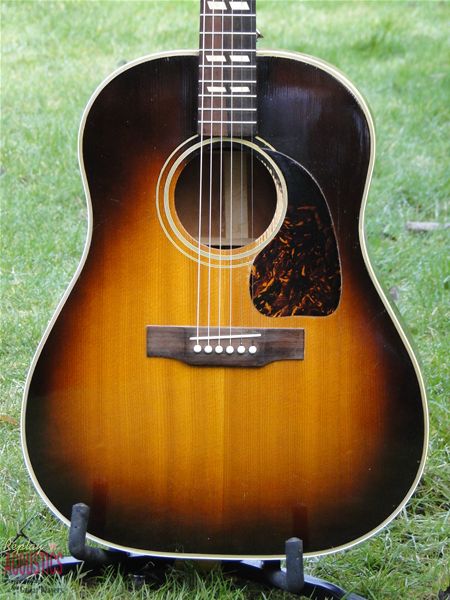