Pre-1950 Martin guitars are the most prized guitars on the planet and the D-28 is the workhorse of them all.  This example from 1948 is an incredible instrument and attests to why these are so sought after.  Stephen Stills and Eric Clapton both own or owned one among many others.  Only 427  D-28's were made in 1948, the second year without herriingbone borders.  Not only do we now have the standard dreadnought bindings that would carry us thru until today, but we have the much sought after tapered bracing style.  After the war, Martin changed from scalloped bracing to tapered bracing and I find that many players would much rather have the tapered brace than the scalloped brace.  It provides a degree of sensibiity to the amount of sound coming from the guitar in that it's very sophisticated and atriculate with slightly less backtones to deal with.  In a way, equally desirable to the war era bones.

This guitar has survived in great condition for it's period.  It is in my opinion a very ancient, and I mean very ancient refinish, there are a few cracks, the tuners are third set correct and it's had a new maple bridgeplate along with a neck set and frets.  Most importantly, it has a vioce that is classic late 40's D-28.......full and crisp with great inertia and immediacy. It gives off it's sound willingly and provides a clear and haunting backtone that doesn't overwhelmn the moment.  Sharp and clear presence with immense power and a bold lingering impression.....very sophisticated and commanding.

To quote Stan W. from Mandolin Bros. concerning a '48 that they had in stock that was in similiar condition:  "This is a clean (refinished)  example of an uncommon and extremely desirable period Martin D-28.  Martins' later '47 and '48 D-28s are considered quite similiar to the herringbone D-28 of late 1944, when Martin ceased scalloping the braces and dropped the snowflake fingerboard inlays.  In other words, if owning an early 40's Herringbone D-28 with it's $50-60,000 price tag is stretching it a bit.....if you are seeking a guitar whose sound, presence, clarity, aural alacrity, volume and bona fide boisterousness is completely mind blowing.....a guitar that Martin built a total of 427 of in 1948, a guitar whose model and year rarely turns up for sale and in which condition you just about never see them in (this guitar is spectacularly clean to most of them) then this, mon ami, is precisely the guitar for you."   I couldn't say it better !!  God bless you, Stan. 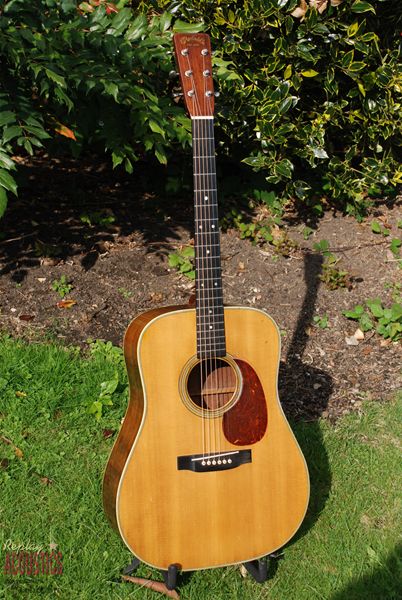 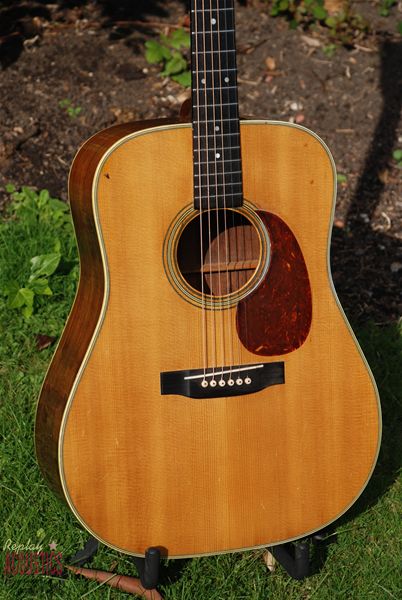 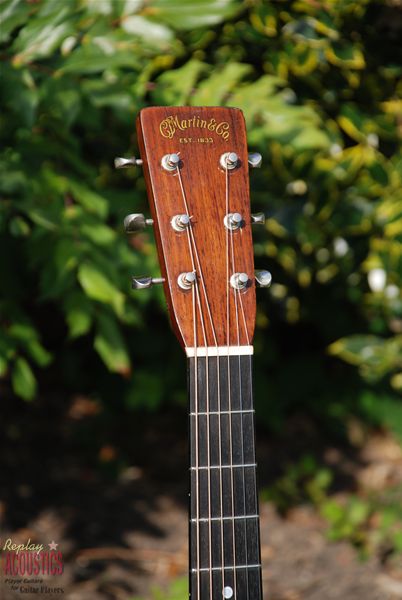 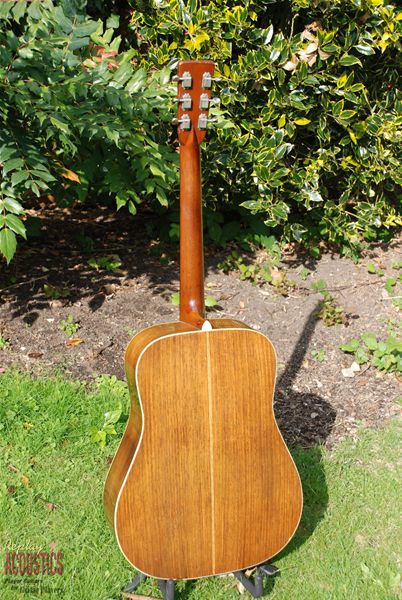 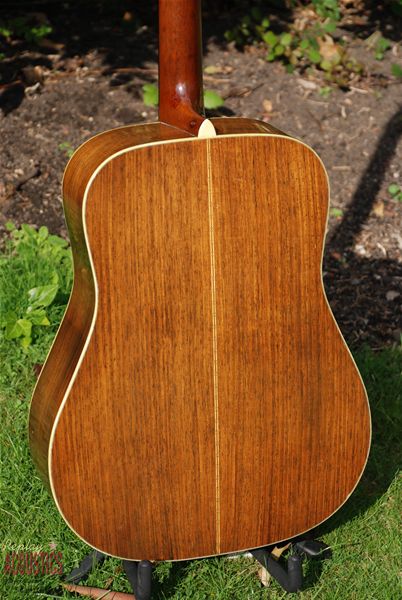 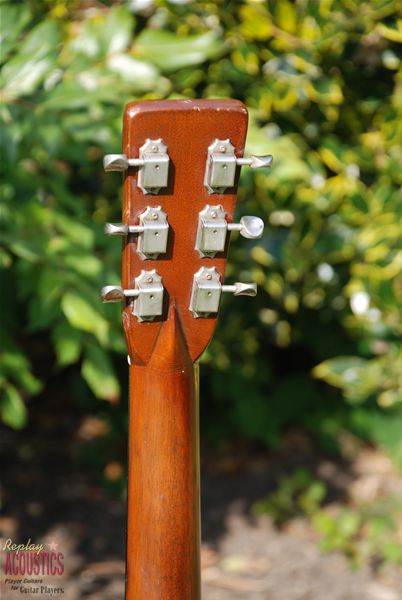 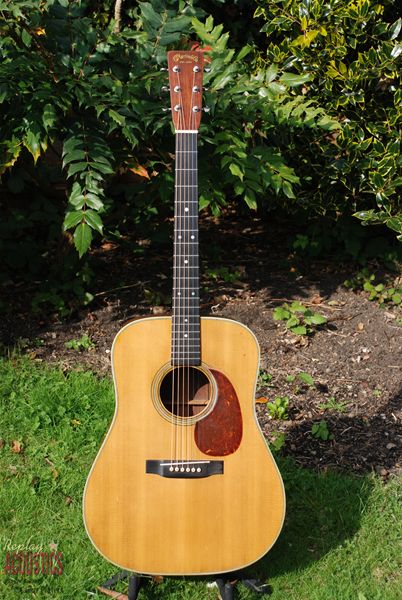