The 4th and unrecorded example of  what was 3 currently recorded (one being 1935 and of Indian Rosewood ) in this configuration, what we have here seems to be a custom order Brazilian Rosewood Roy Smeck !!  My oh my.  We don't  know if these were originally Rio Grande's that were then ordered with a sunburst finish or if they are an original and unique creation in and of themselves.  It bears the Rio Grande fingerboard pearl inlays along with the Brazilian rosewood body and rims.  And it is without doubt Brazilian. If it is a custom order, the sunburst finish would have obligated Gibson to call this a Stage Deluxe, as the Rio Grande was always blonde.

One can imagine the sound created by this12 fret Brazilian Rosewood slope shoulder Gibson behemoth, with the body depth that Smeck's and Grande's have.  Only a Nick Lucas is similiar in depth and yet it's so different for all the obvious reasons.  Other worldly.

We have very sensitively converted it from lap steel and the outcome is nothing less than exemplary.  The burst finish is rich and deep with minor playwear or just evidence of handling.  The sound is difficult to describe as it's extremely complex, woody, deep and thumpy.  A bit like a bass fiddle in a guitar.  One has to play it and hear it to understand just how important these are in the pantheon of Gibson's pre-war production and guitars in general. It's stated that they outperform the 30's AJ's and I'd agree.  There is nothing like them other than the other 3 !!  This one is stamped "Made in the USA" on the back of the headstock along with the paper label inside reading the same.  So it was made for export and has most likely been in this country from day two.  How much more can one say really. 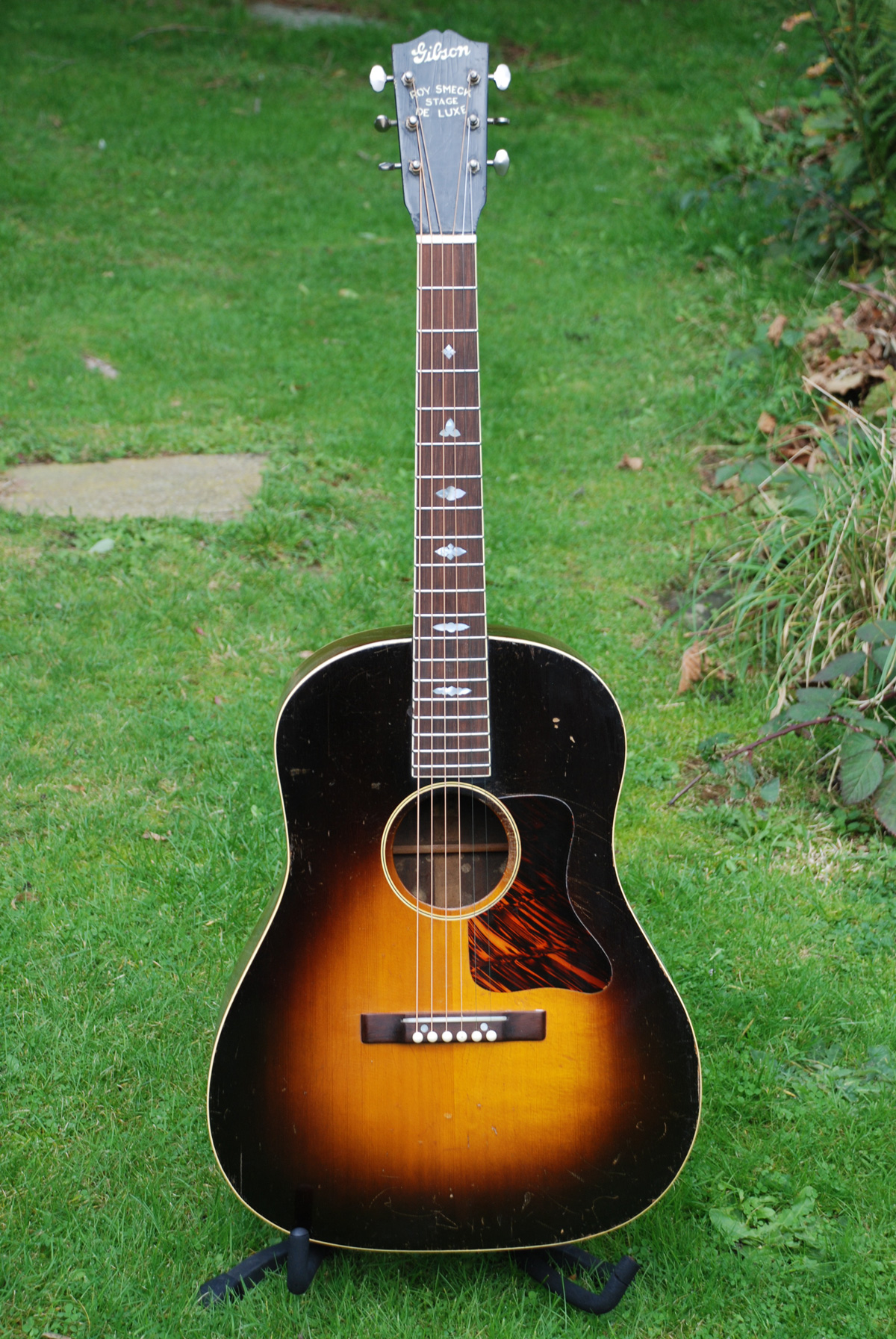 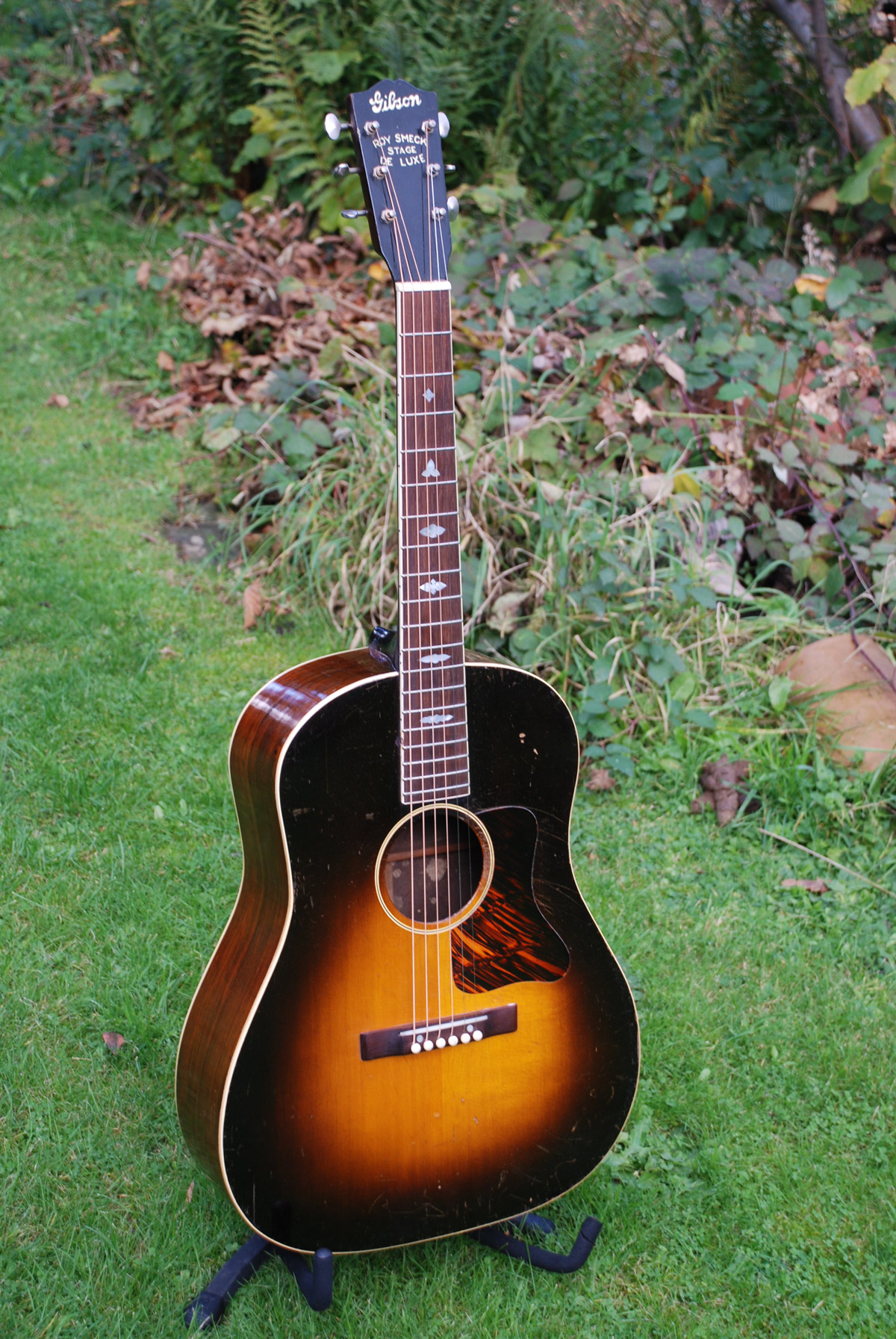 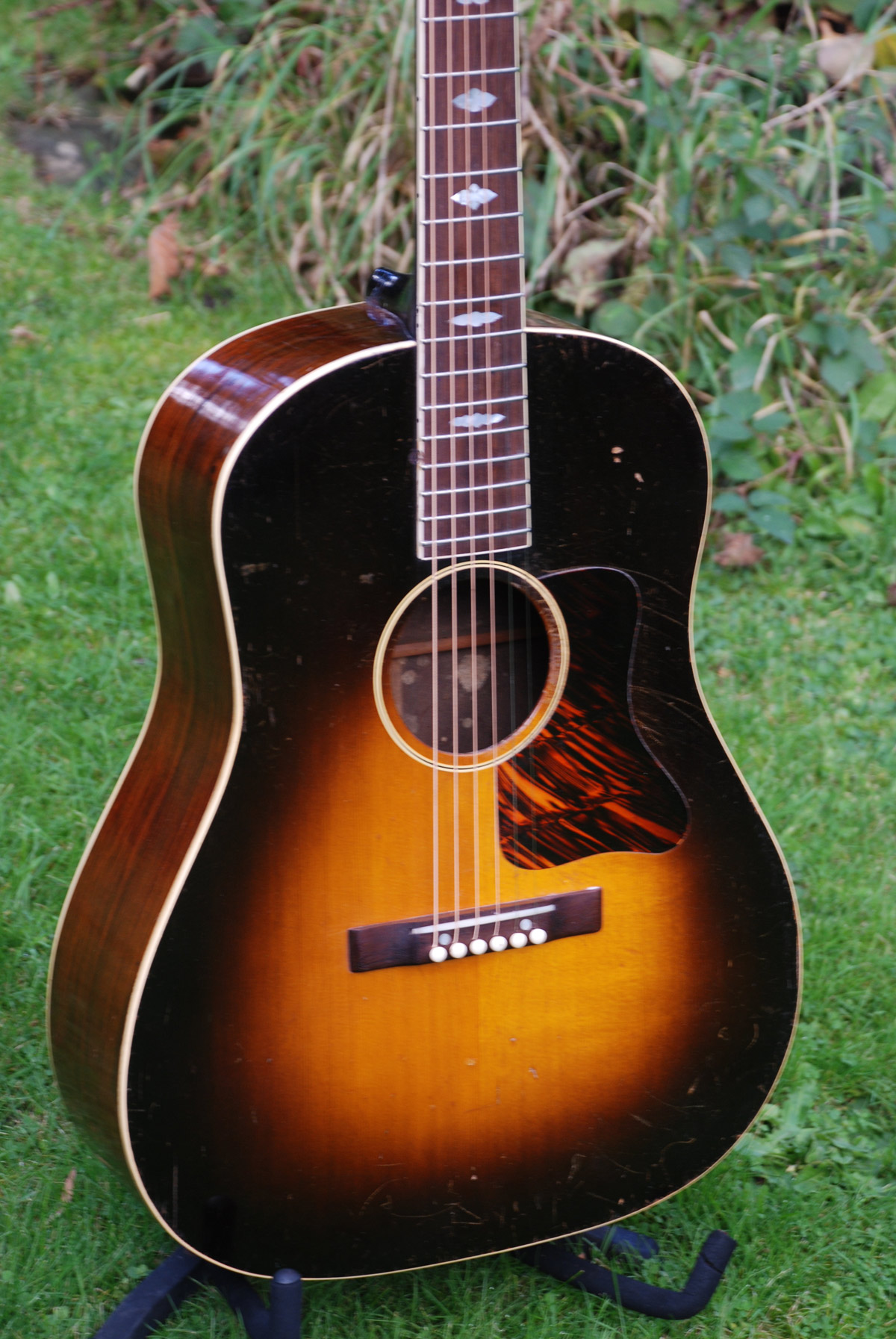 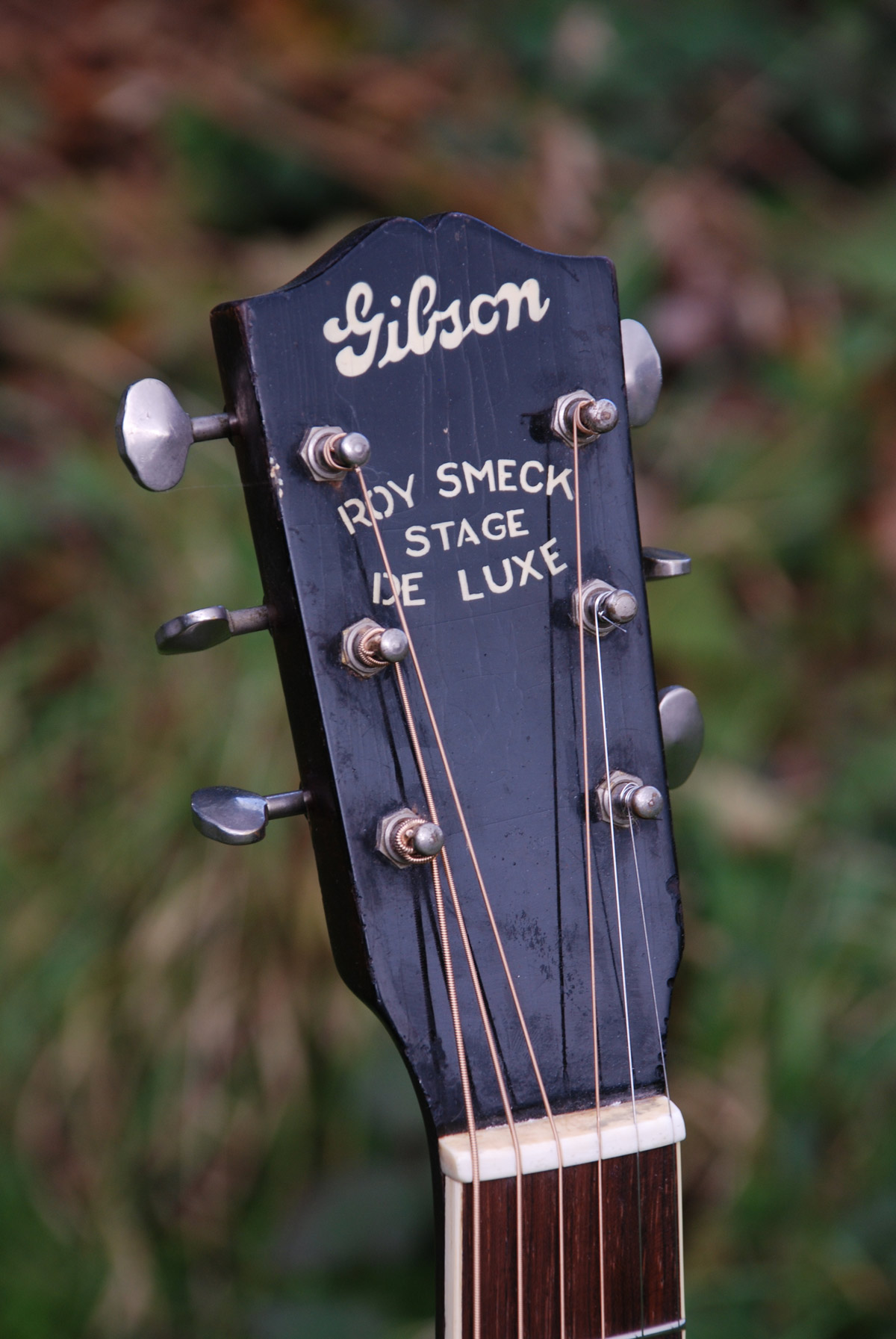 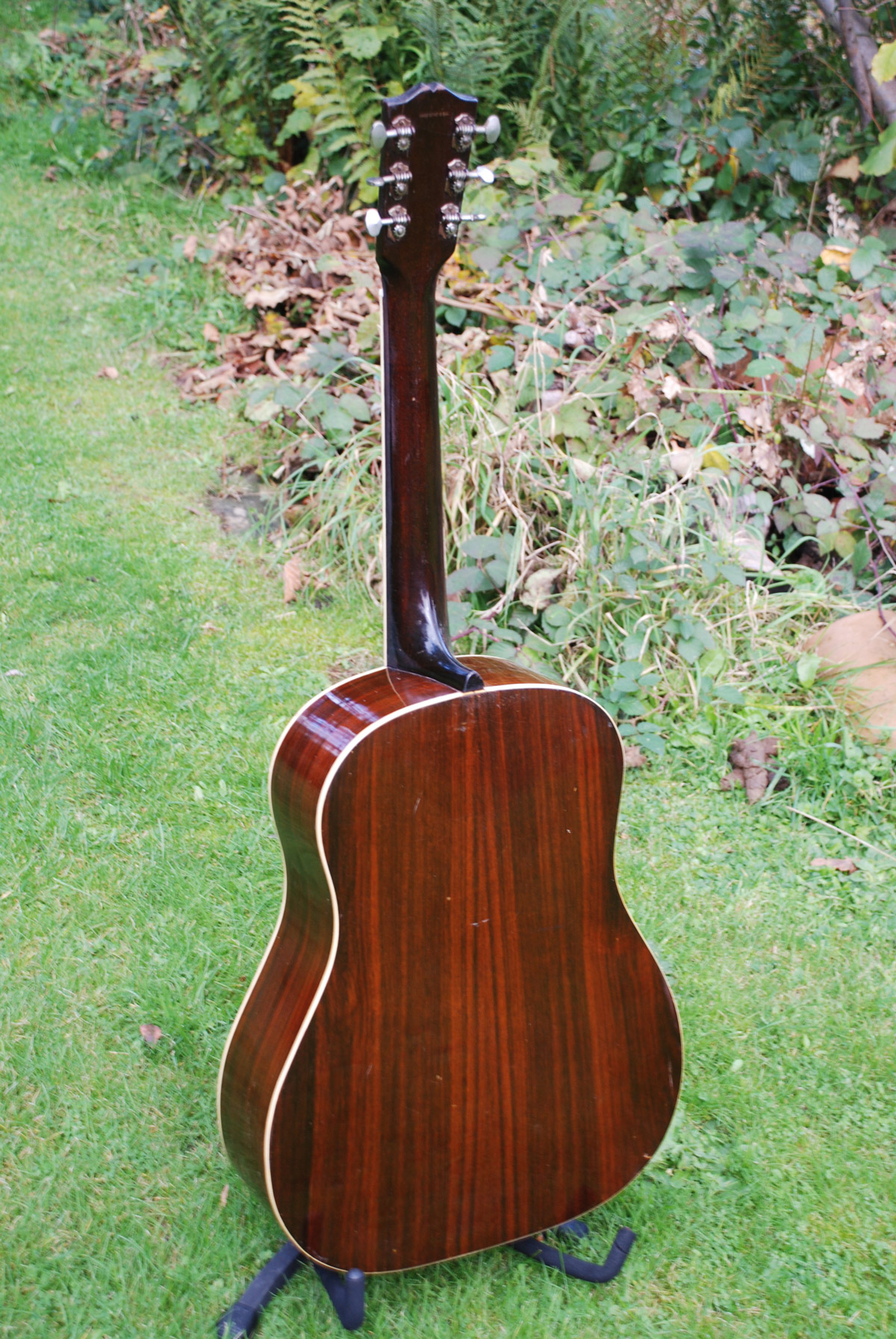 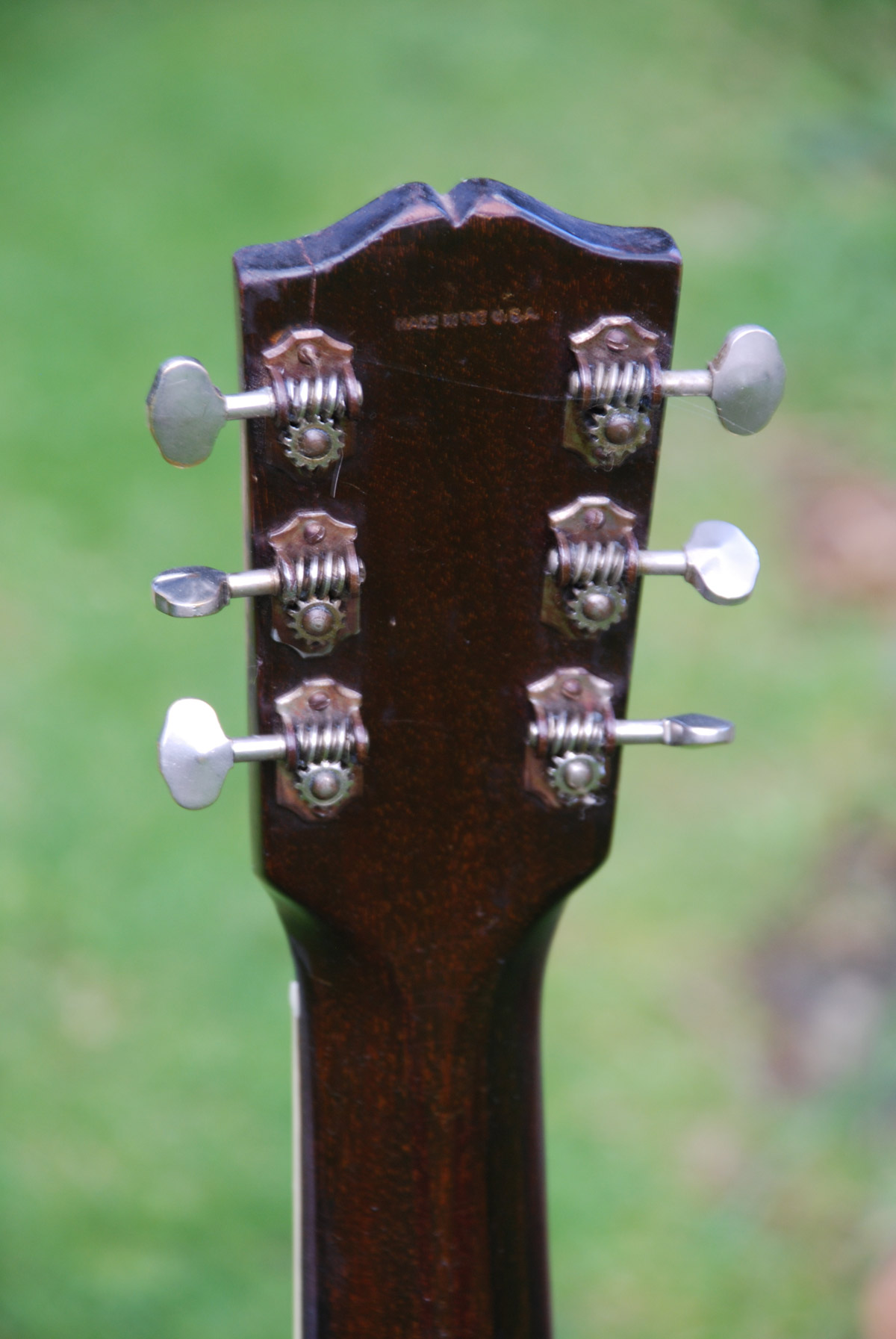 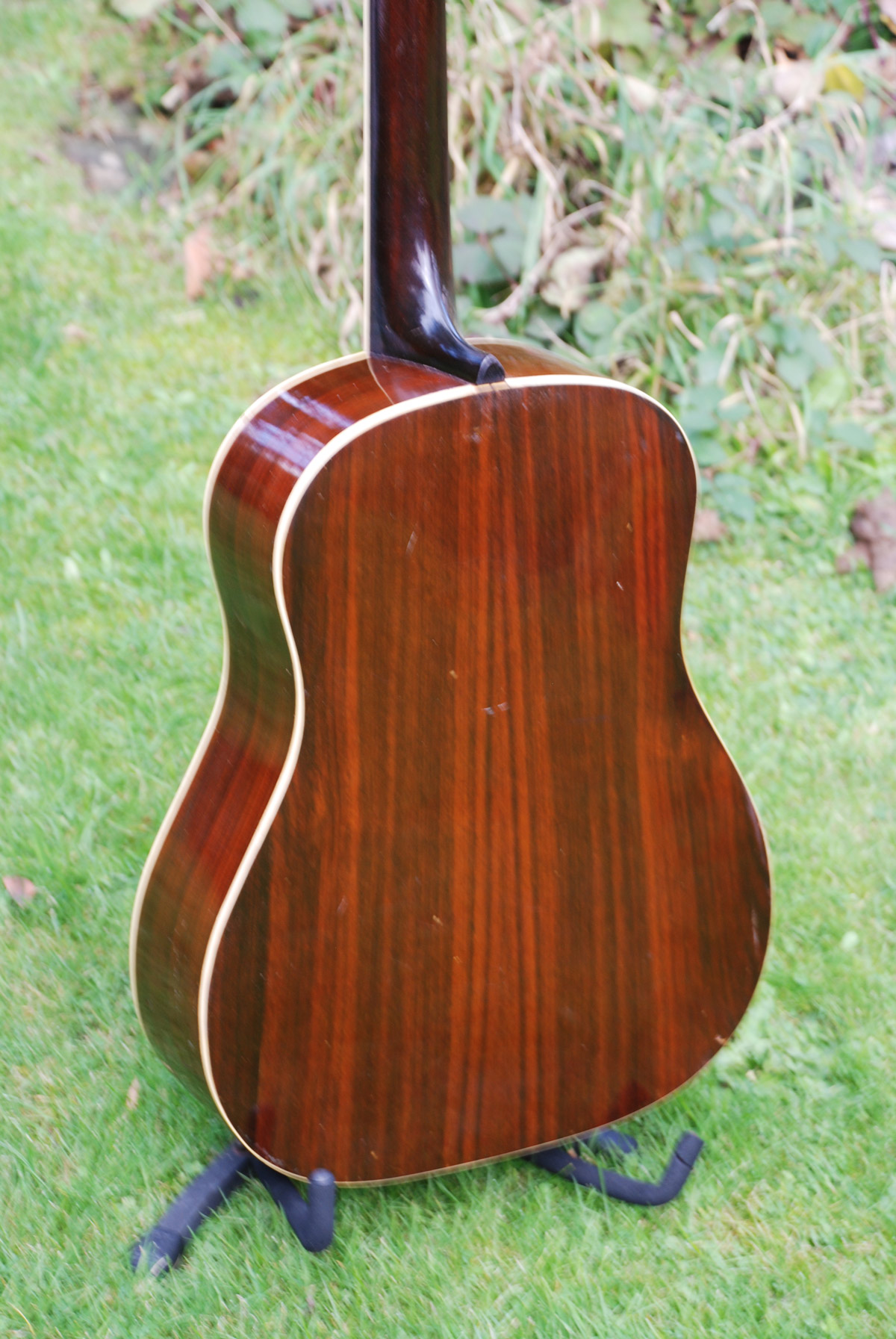