In absolutely mint condition, this amazing Southern Jumbo is all one could ever ask from this famous model.  Almost without evidence of every being held, it is all original (original tuners in case)  and has a voice that is huge and fat and less bright than your usual SJ.  It has a very rich backtone and a tremendous sustain along with great playability and feel.  I'm smitten by this guitar as it presents itself musically in a way no other does.  One has no sense of the strings when you play it in it's voice......you hear pure musical attenuation.

It is typically Gibson from a dating perspective, with a "Y" FON number which is 1953 but bearing a single point thin pickguard and an original adjustable rosewood bridge as well as the block logo in gold vs. the later pearl inlaid logo and keystone on the headstock.  I've had many Gibsons that are slightly different than their FON numbers and this is no exception.  We know that the FON number was assigned at the beginning of the batch but we also know some guitars were held back and finished later......sometimes years later.  My gut instinct is that this is probably a guitar finished in '54-55 which validates the slightly later appointments.  But, it's a semantic discussion as it really makes no difference and simply carries on the Gibson legacy of doing what they could when they could.

Solid mahogany rims and back with a solid sitka spruce top, Braz. rosewood board and bridge and individual Kluson tuners.  A very minor healed crack next to the fingerboard on the treble side that you can't see and otherwise, crack free.  An amazing guitar sonically and visually !!. Collectors quality. 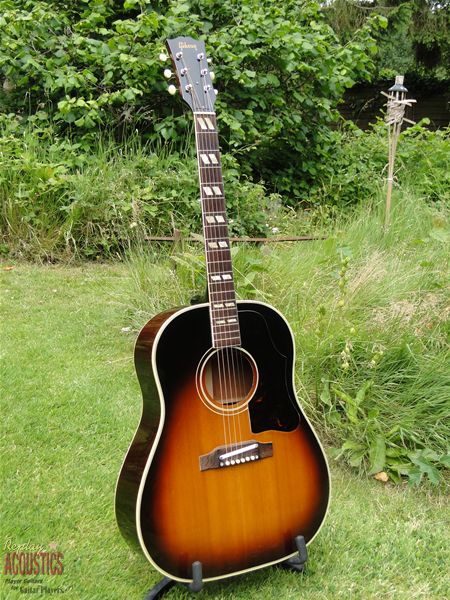 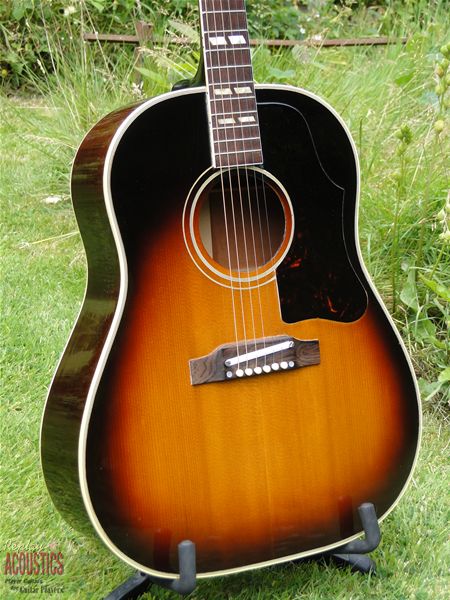 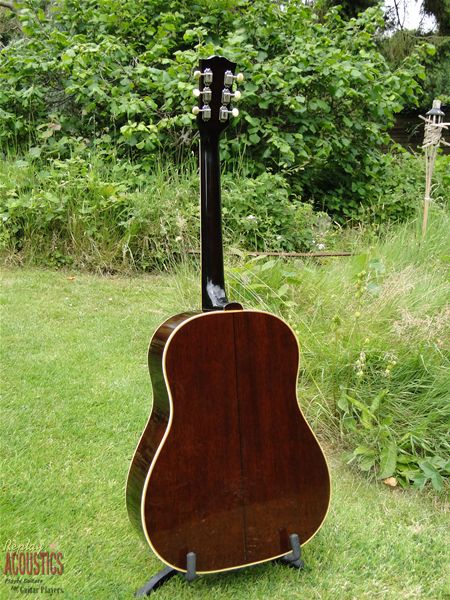 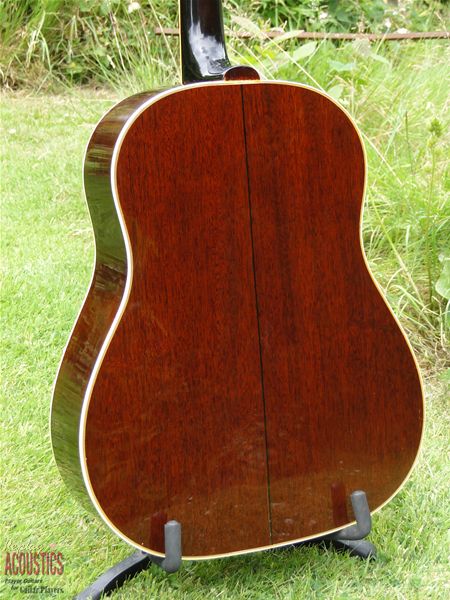 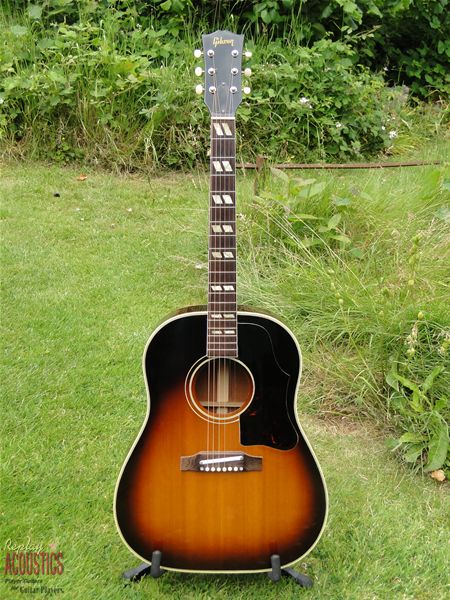 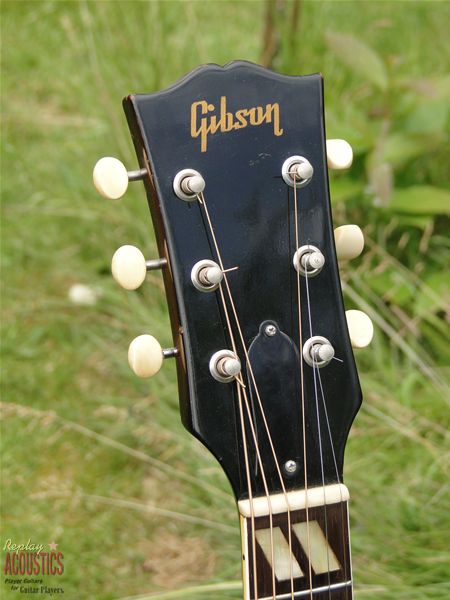 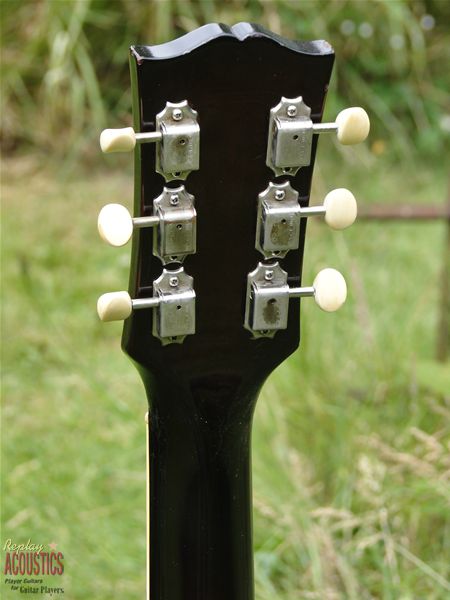