Classic Gibson SJ-200 with a beautiful tobacco burst finish and in exceptional condition.  These old behemoths are becoming difficult at best to find and this one is a real treat to see and play.  Very characterful patination and craqeuleur throughout the guitar with a bit of playwear around the soundhole and some minor finish gone at edges, all making it a very charming instrument to hold.  All original excluding three tuners.  The originals are no-line and there are 3 of those with 3 single line 1958 generation tuners replacing ones that are in the case.  So very little to mention and most importantly, the sound is fantastic.  Big, and I do mean big bottom end with good note separation and clarity and an even balance in the sound range.  Classic maple bodied tone with lots of power and resonance.  Later on, in the 60's these are called "whispering giants" after market pressure instilled changes in their bracing that basically killed them for sound.  I've always scratched my head about the decision by the owners of Gibson in the late 60's to make a guitar that had little sound, seeing as how it's meant to do just that.  But these early examples are no shrinking violets......Emmy Lou Harris would agree with that !!! 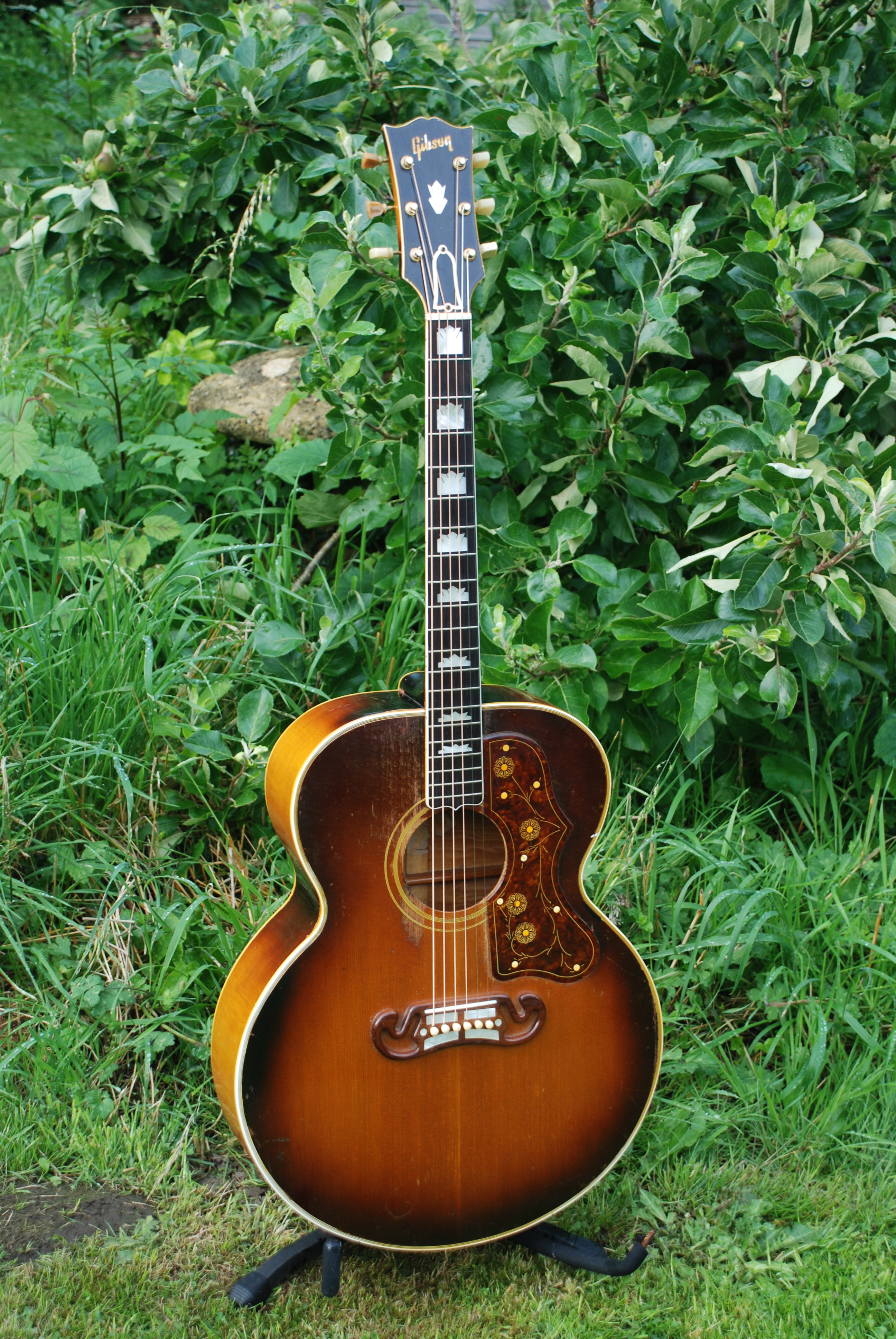 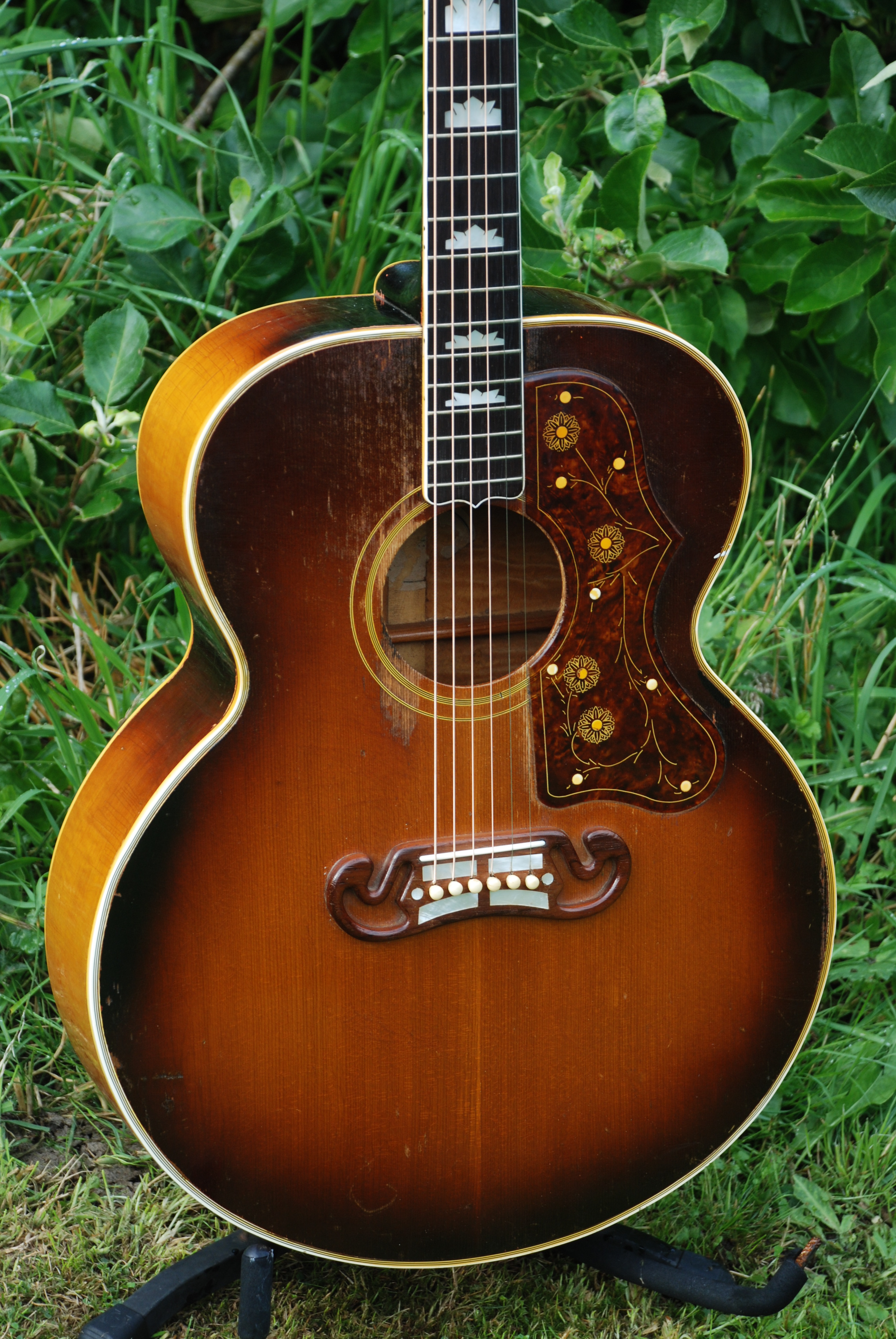 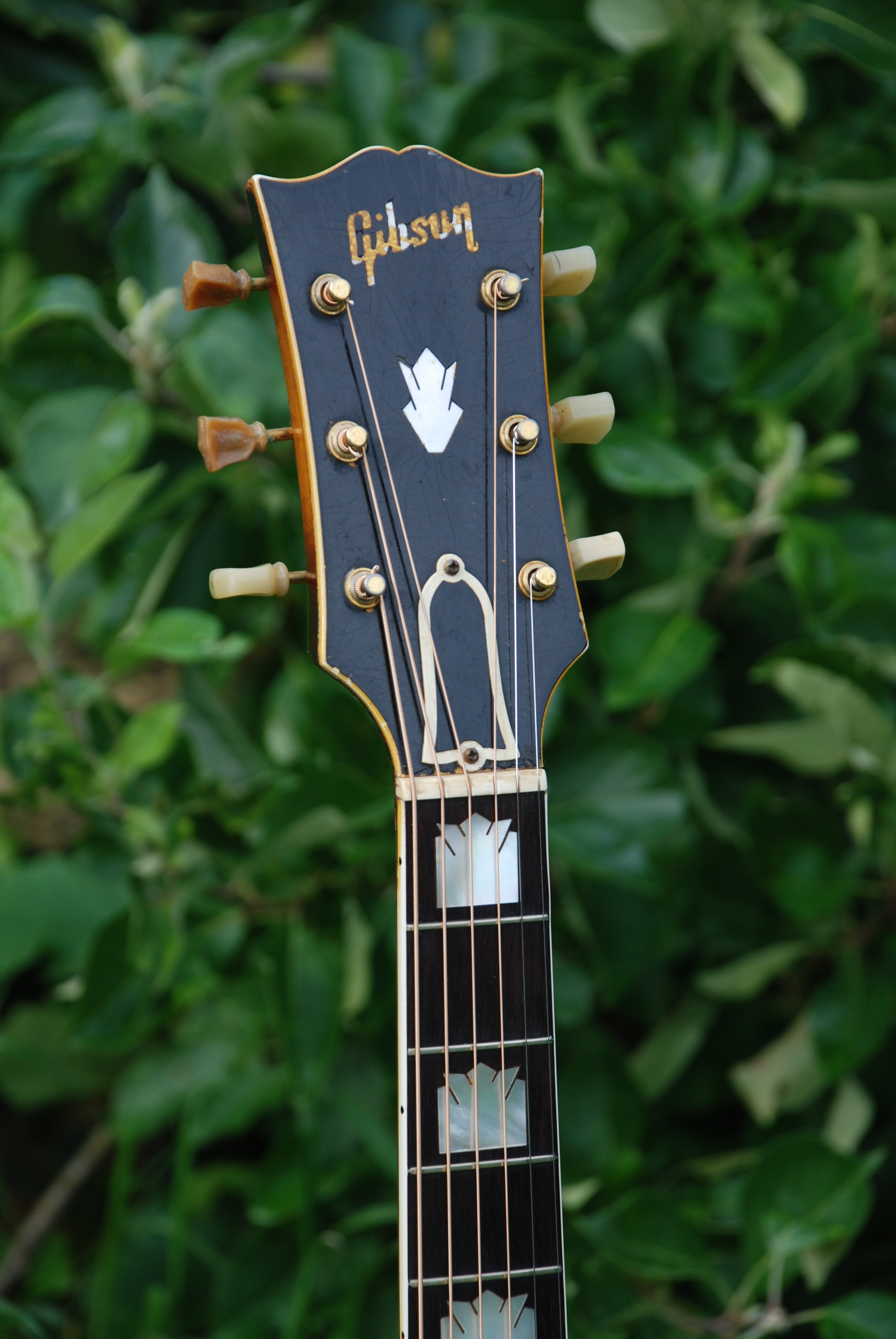 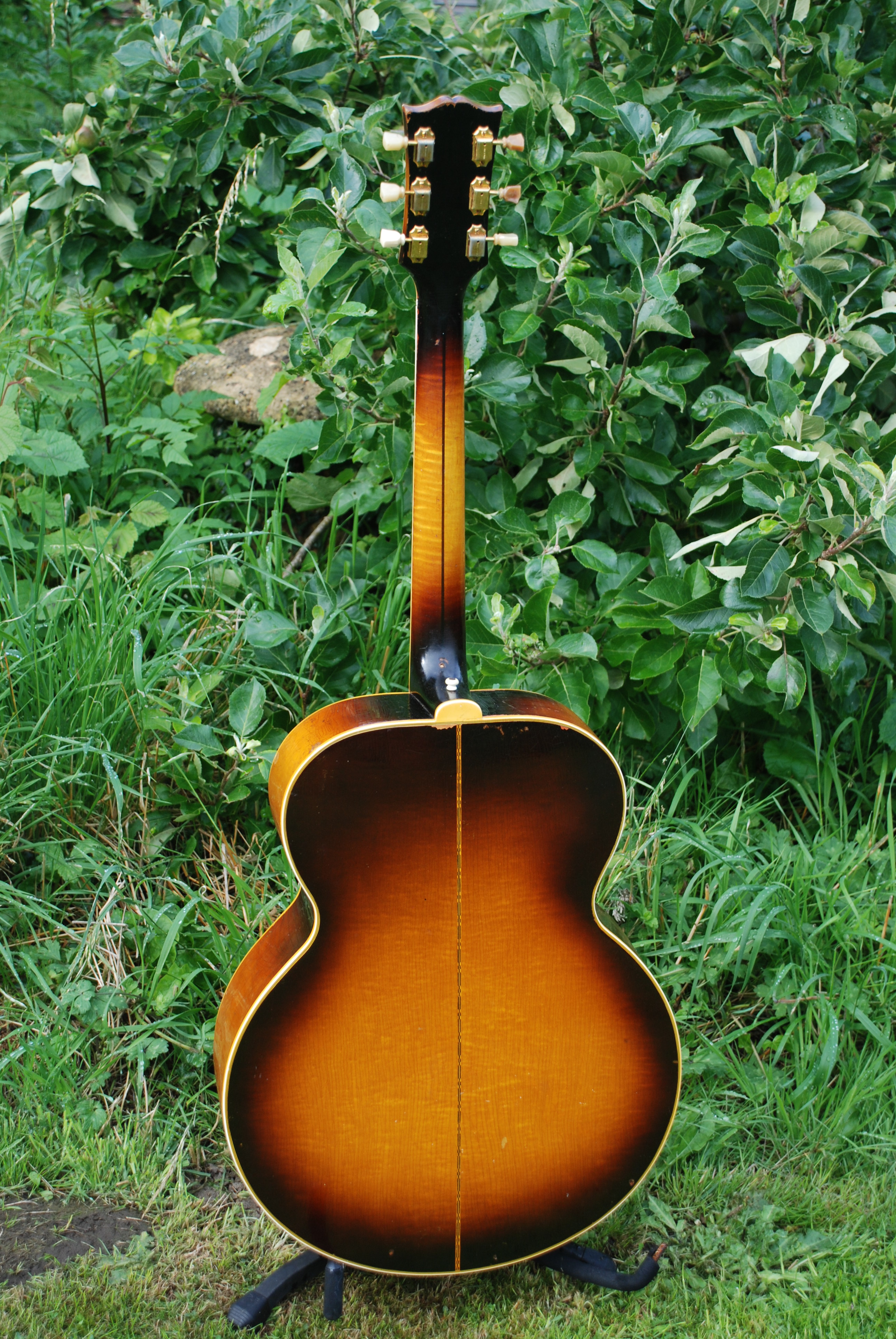 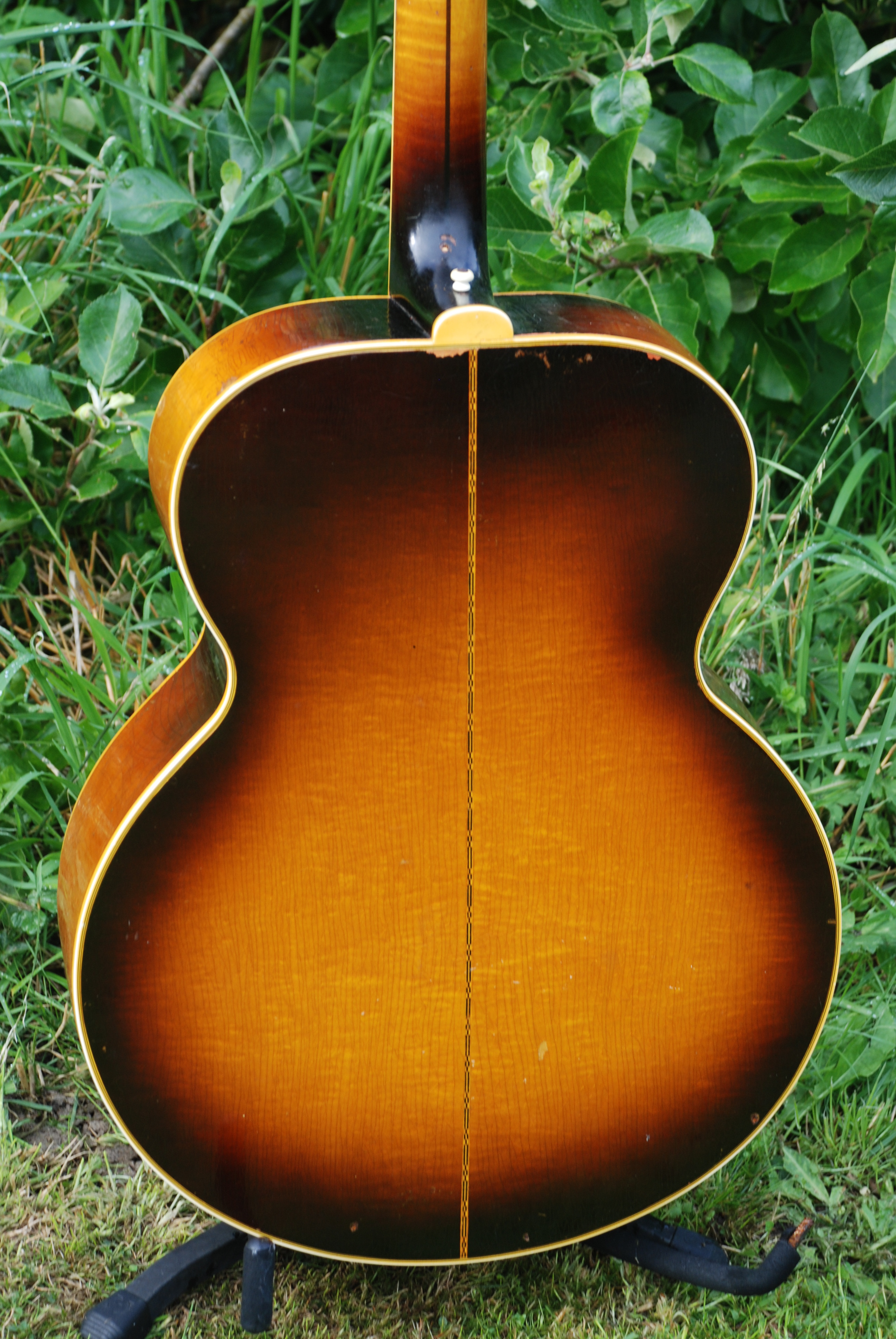 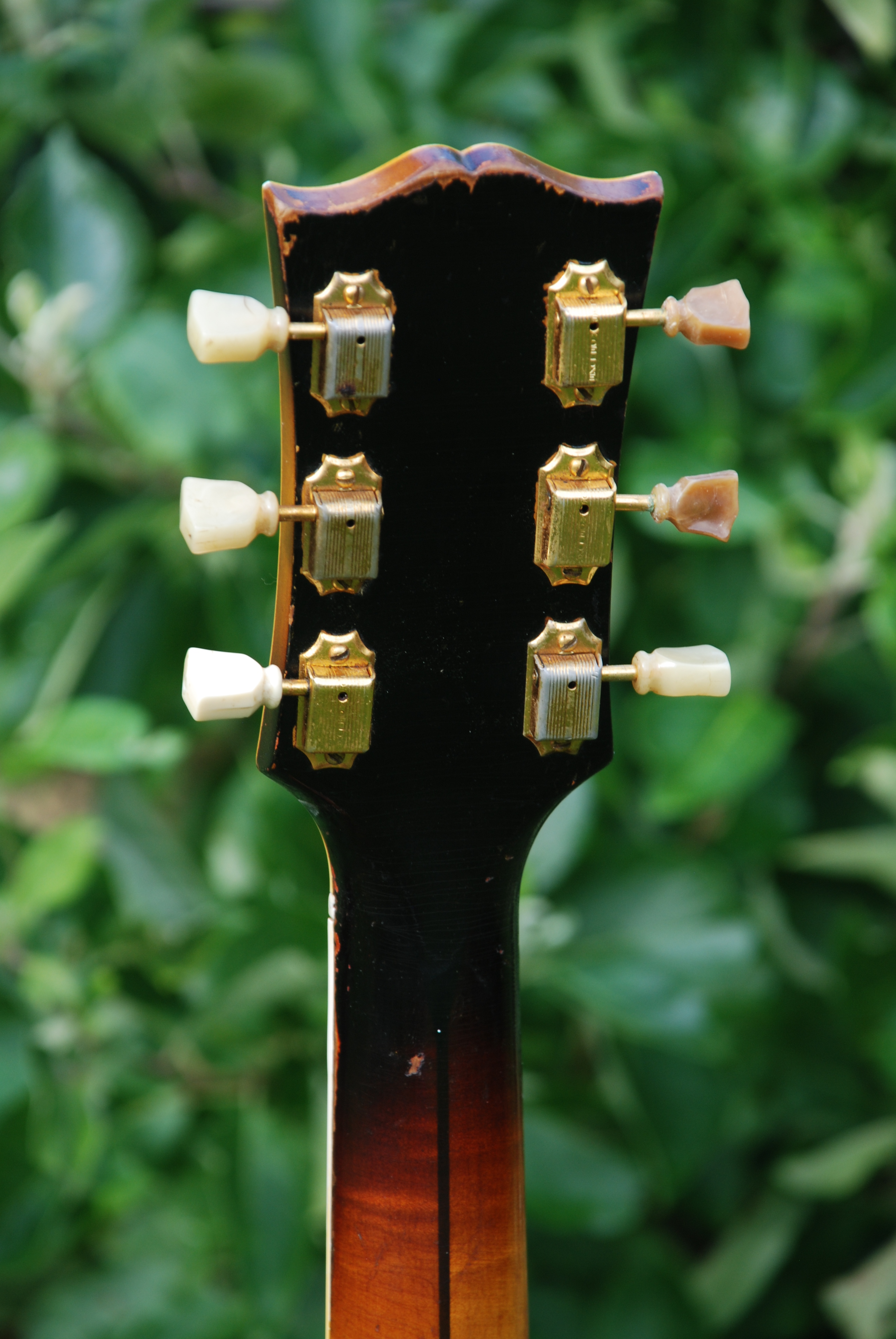 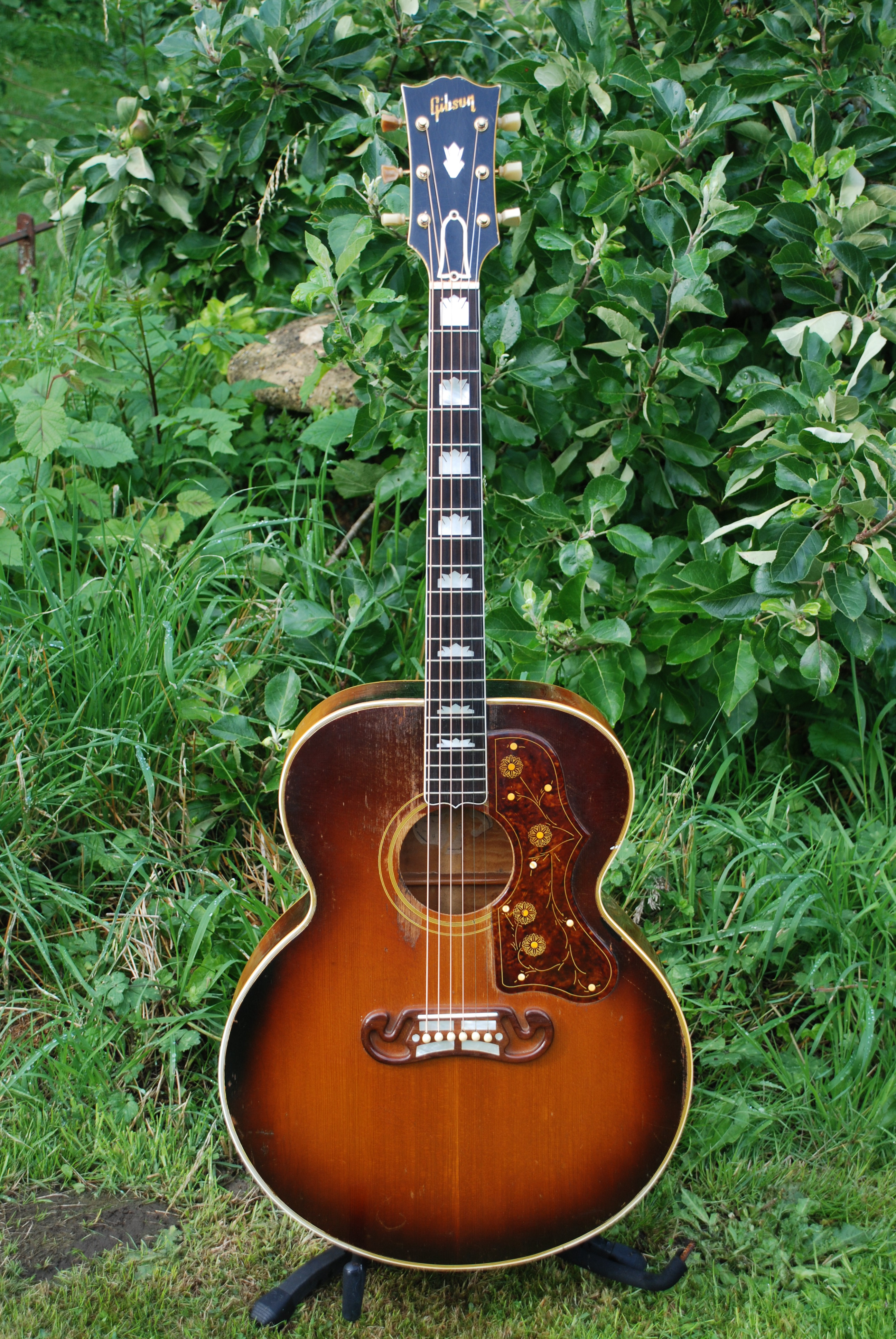