1926 C.F. Martin 0-18........just on the edge of Martins' acknowledged switch to steel string guitars and this is one of those.  Officially announced in 1923, this model was made primarily for steel strings with gut string examples made as custom orders.  Having been played a lot with evidence of that, this little 0 model is a real charmer, being one of 900 built that year and it's been in constant production since it's inception.  Mahogany rims and back with an Adirondack top and mahogany neck, it is the true beginning of what we call the "Golden Era" of Martin guitars.  The finish is original on the top and back with remnants of it on the sides  It is structurally completely intact.  Ebony board and bridge complete this picture, giving this guitar that magical combination........a true opportunity to own an early Martin steel strung guitar. 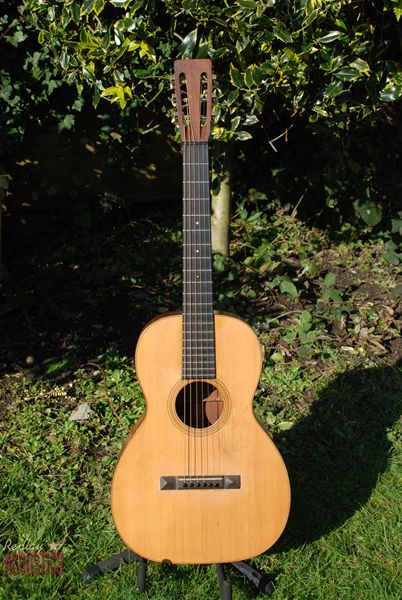 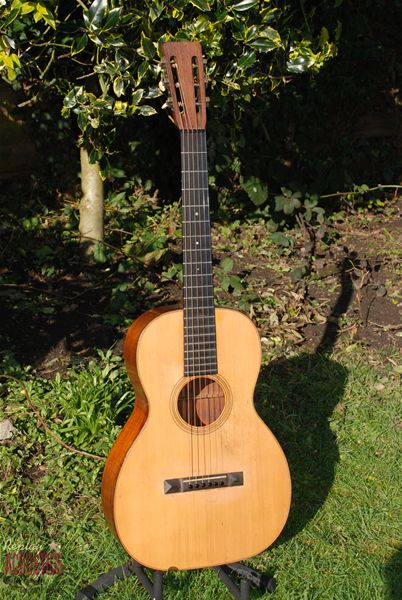 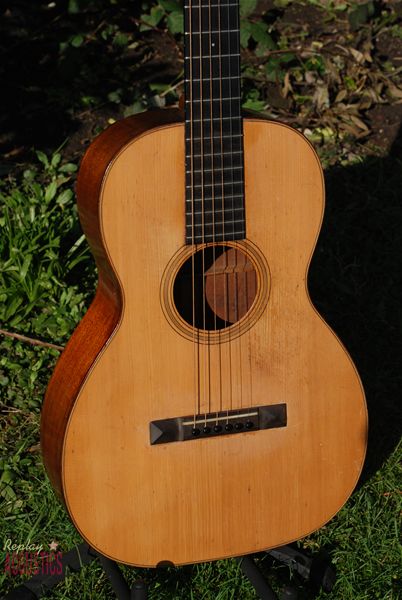 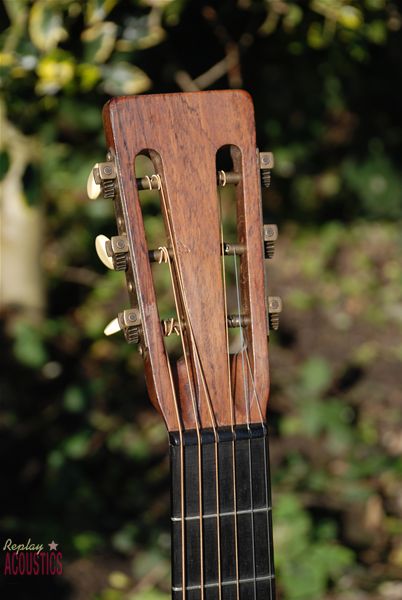 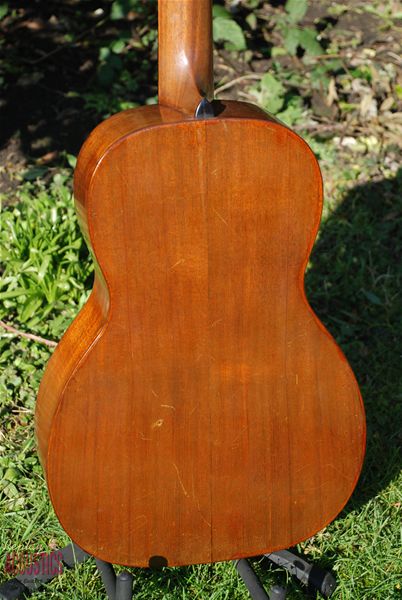 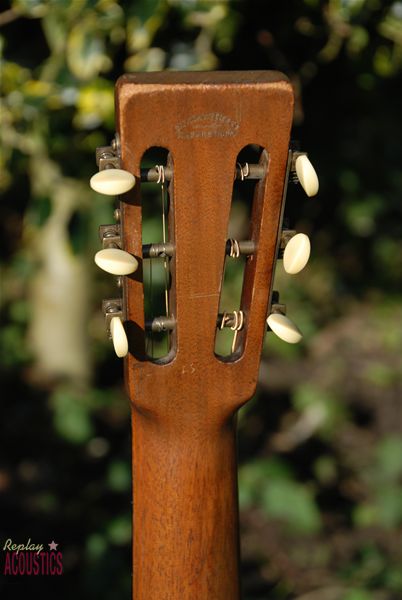