To have two of these in one year is verging on miraculous.  To have them at the same time is pure bliss.  A 1934 Martin long scale 000-18 shade top 4 serial numbers away from the other one.  Hatched out of Martins change of nomenclature in 1934 from the OM back to 000-18.  In the beginning of '34 with this change, Martin used up their long scale  (25.4") necks that were intended for the OM-18, thus creating a very rare long scale 000-18. We don't know how many of these were actually made but it's assumed to be somewhere in the region of 3-400.  How many were shade top is unknown as well.
This example is structurally perfect and looks as fresh as a daisy inside and out.  It appears to have had a light overspray at some point in the distant past as the sink in the finish is correct with mild craqueleur to the top.  The Adirondack top is typically very light in color and tightly grained.  The bridge is a very accurate replacement as the old one had been shaved down to no longer be efficient and the tuners are period replacements.  Solid mahogany rims and back with an Adirondack top and mahogany neck. Ebony board and bridge, the magical element in these old mahogany Martins.
From a musical prespective, these long scale 000's are clear and crisp with a quick response and with bags of harmonics.  They can't be played alongside a reqular scale 000..............or almost any other mahogany bodied guitar.  They are the Holy Grail of the mahogany world and of the 6_ _ _ _ serial number Golden Era Martins.. 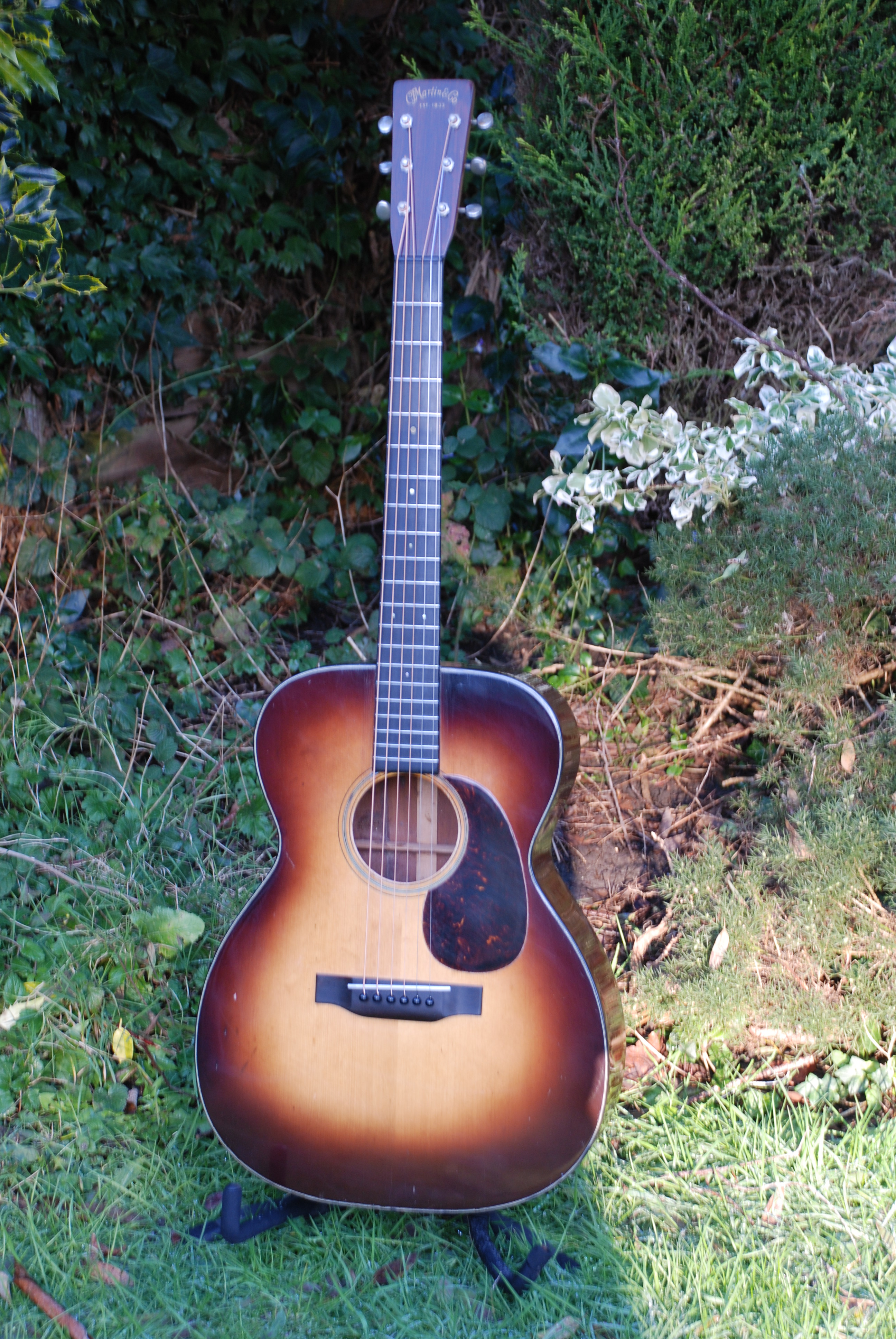 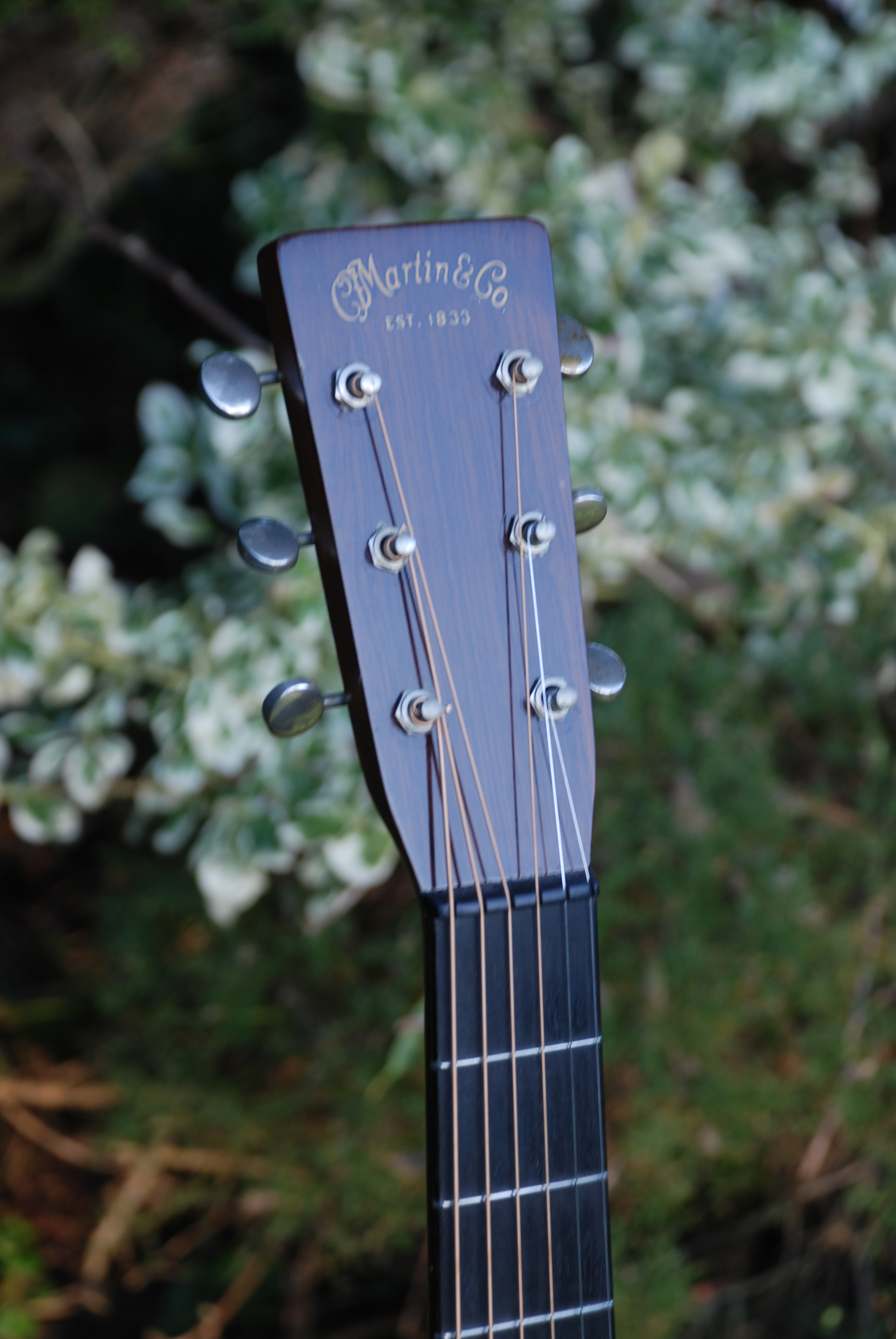 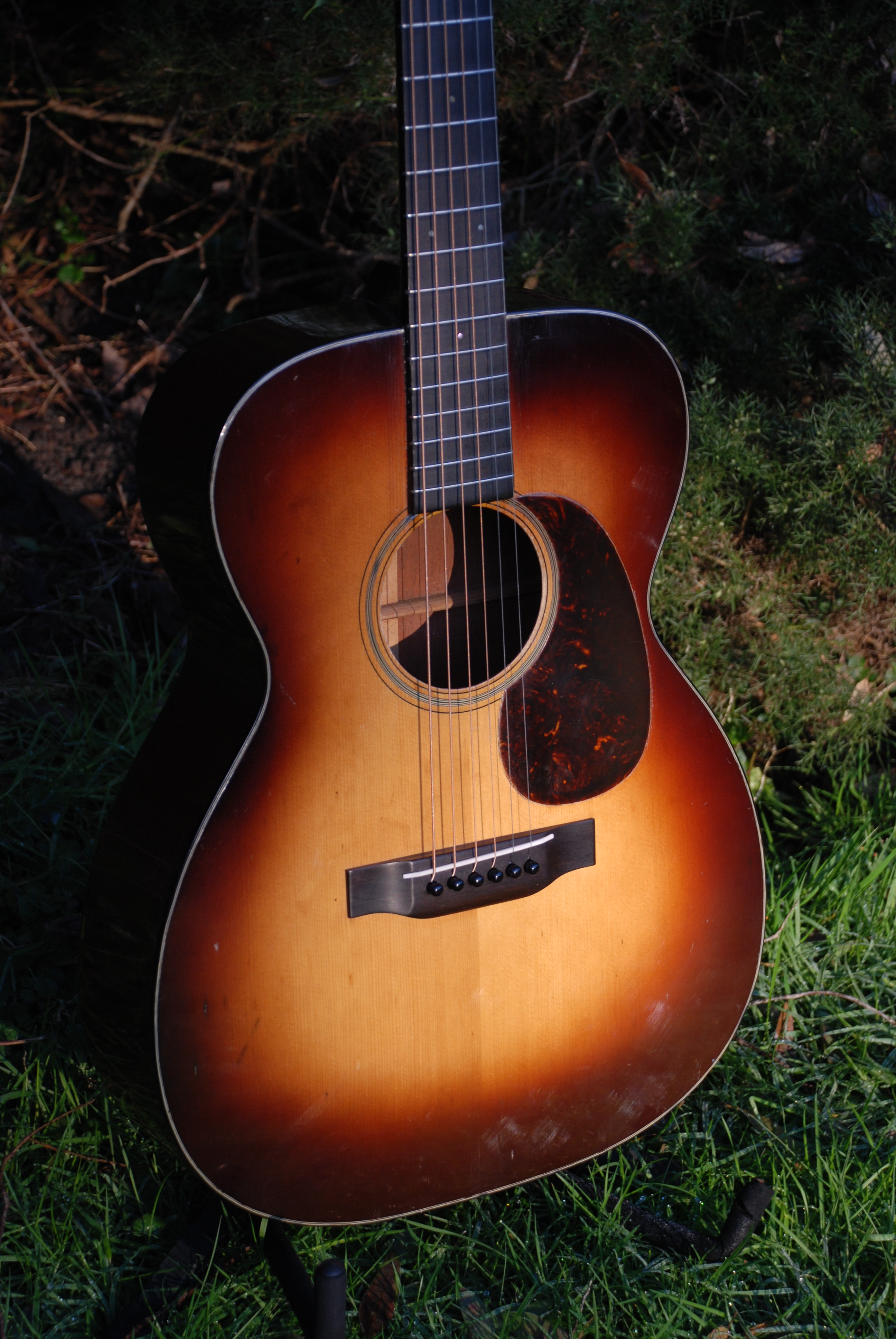 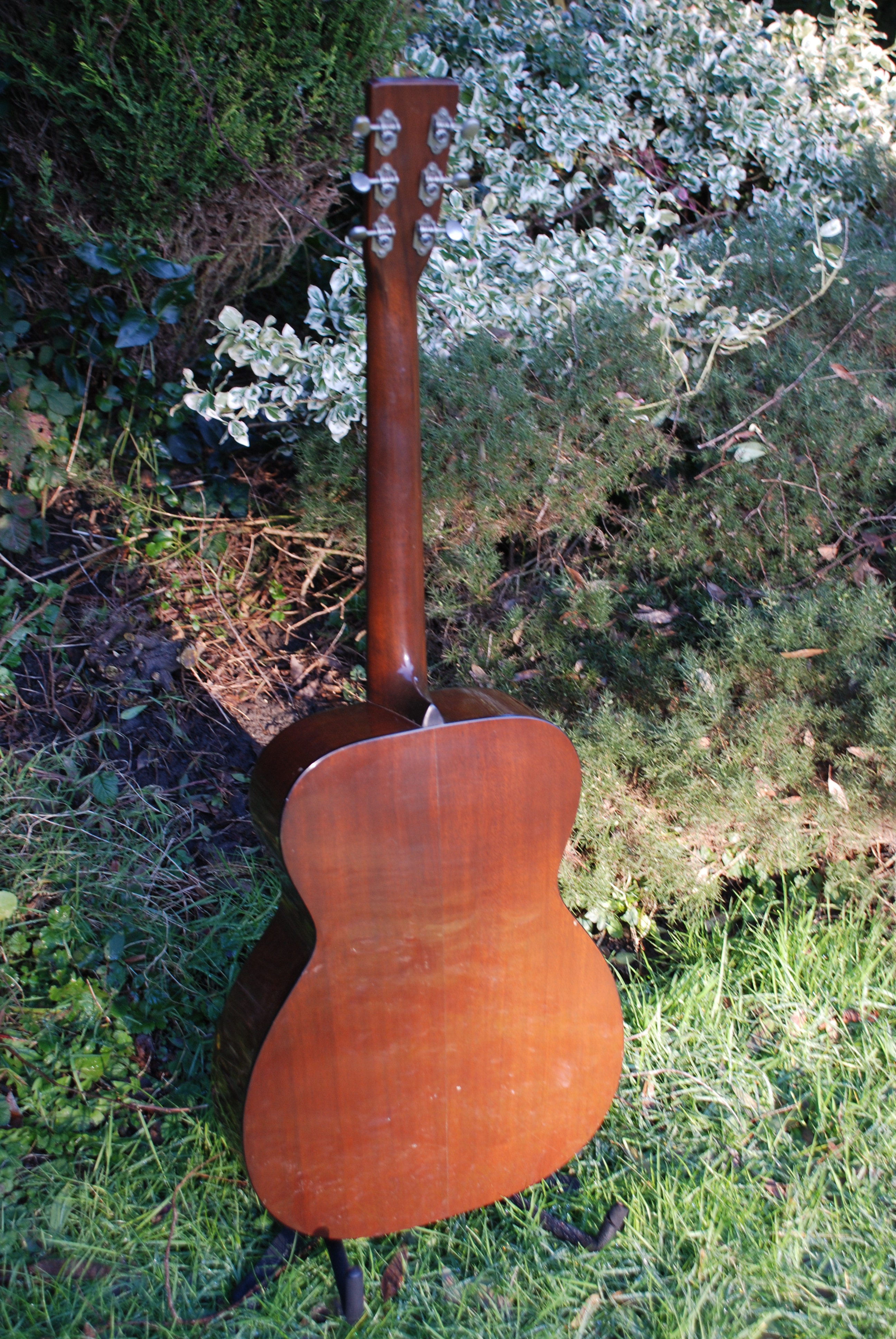 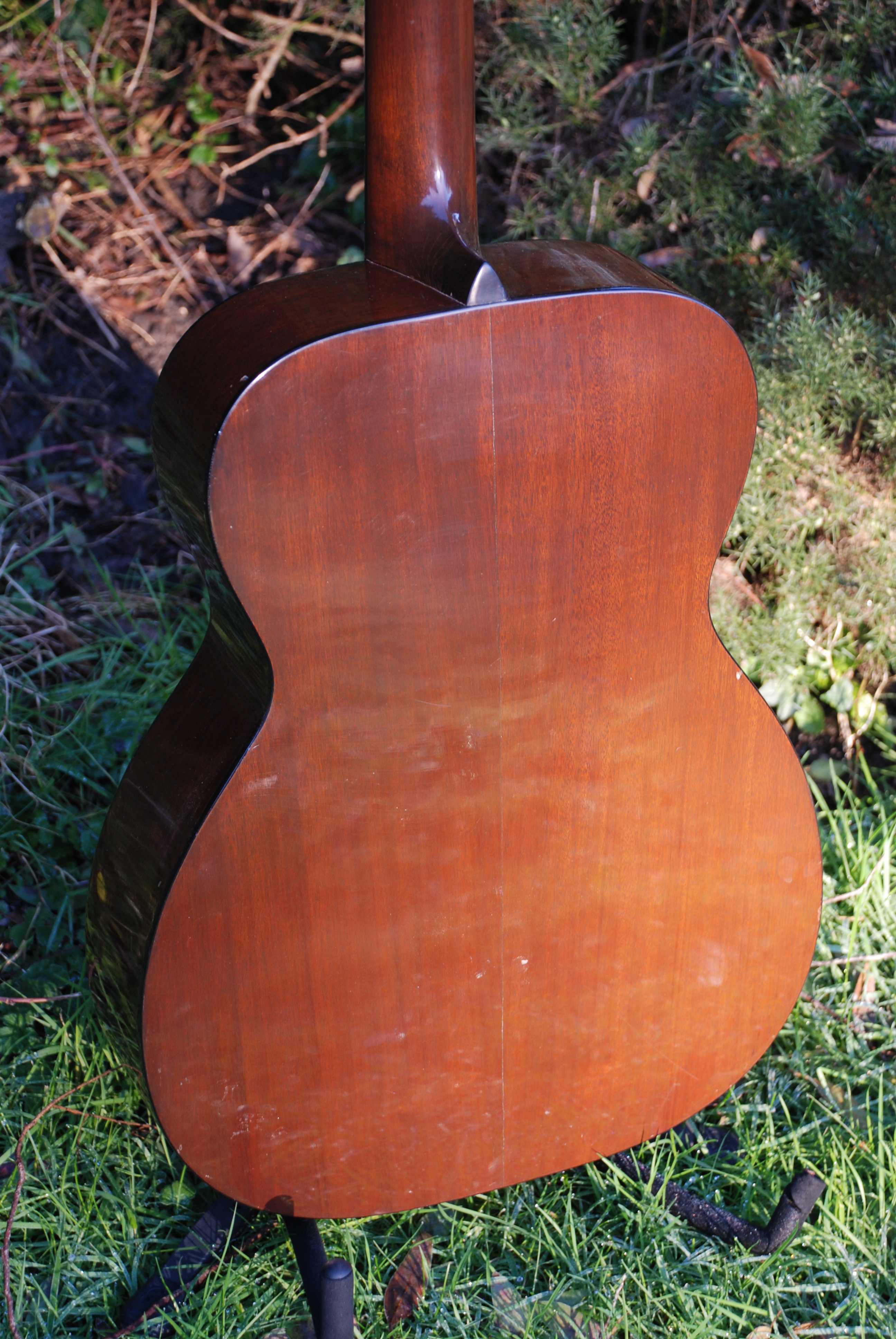 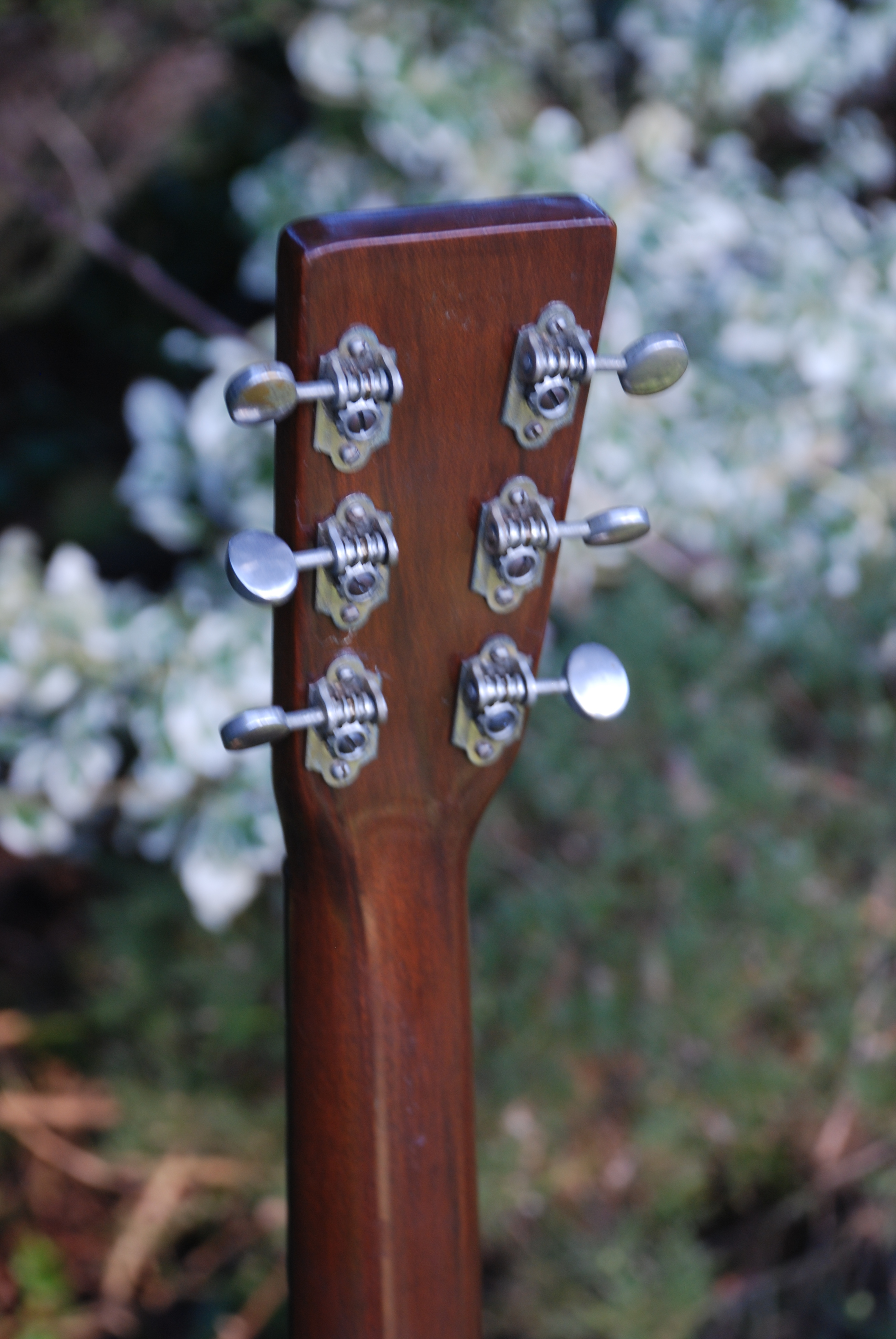