Here we have a rare bird indeed.  Late 30's Golden Era 000-18.  This is the era, pre-war, that created the most sought after of the sought afters !!  An era where the guitars were built with no commercial consideration whatsoever......they were thin and used the finest first growth tonewoods.......all hand built from every perspective and were always on the verge of failure in the way they were built.  Ebony board and bridge with mahogany rims and back and an Adirondack top put it all together........they are the finest of what Martin has produced in all of these years....and that says something with the quality that they have put out over the last 100+ years.
This example is an old work horse.  It came to me in the rough but basically all there.  Some cracks and patches to the rims  and a polish to the remaining finish which all come together really well.  New but accurate ebony bridge with original pickguard and tuners.  Most importantly, it's one of the most articulate, mature mahogany guitars that I've owned.  Amazing Grace !!!  just Amazing.  Rich and deep...one would think it was rosewood.  The ebony board and bridge help create this most haunting voice that can't be described with any degree of accuracy. This is one of those:   to play it is to want to own it guitars.  Whole and un-restored this year 000-18 brings £18,000 today in the states. 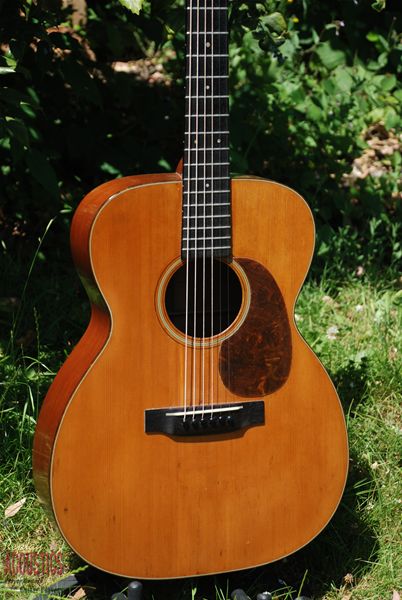 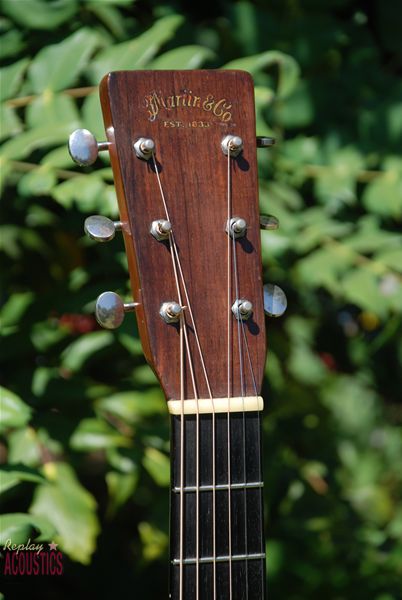 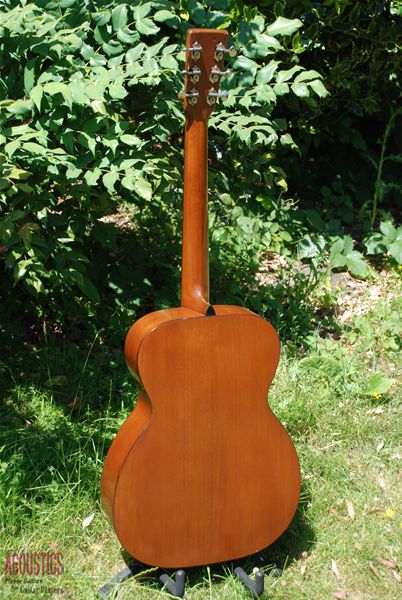 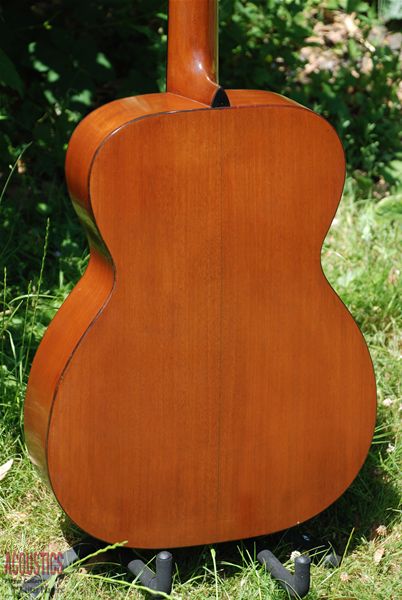 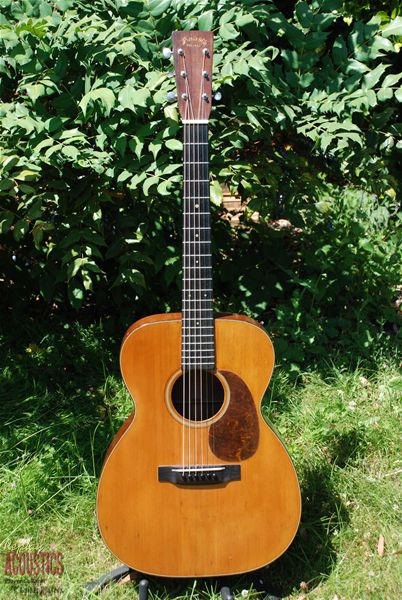