Here's a great road worn Martin, something we almost never see.  Since ever, Martins have been so revered by their owners that we never see them used to this extent.  I've had 2 like this and this is the second one.  Peter has the other.  And there is something about these old beasts that give you that indestructable attitude...............like, " I've been to the mountain and back" and I still makes music.  This old gal has only a b string crack and a fixed center seam separation on the top, a patch to the lower rim and a few other minor cracks, the tuners were outed for a set of  heavy closed back Grovers and we have since replaced them with a good, period correct set of Grover openbacks like what it originally had so it's balance is restored. Otherwise it's all original and plays real well..........first rate.  Woody like a tree and soft and sweet like a 40's example.  It has the verbal reputation of being with a very famous artist (someone who used 3 brass bridgepins for the treble range)  for a long while but I wasn't allowed to know...........so where she's been one will never know.  But she'll take you to "guitar music makin'" land straight away !! 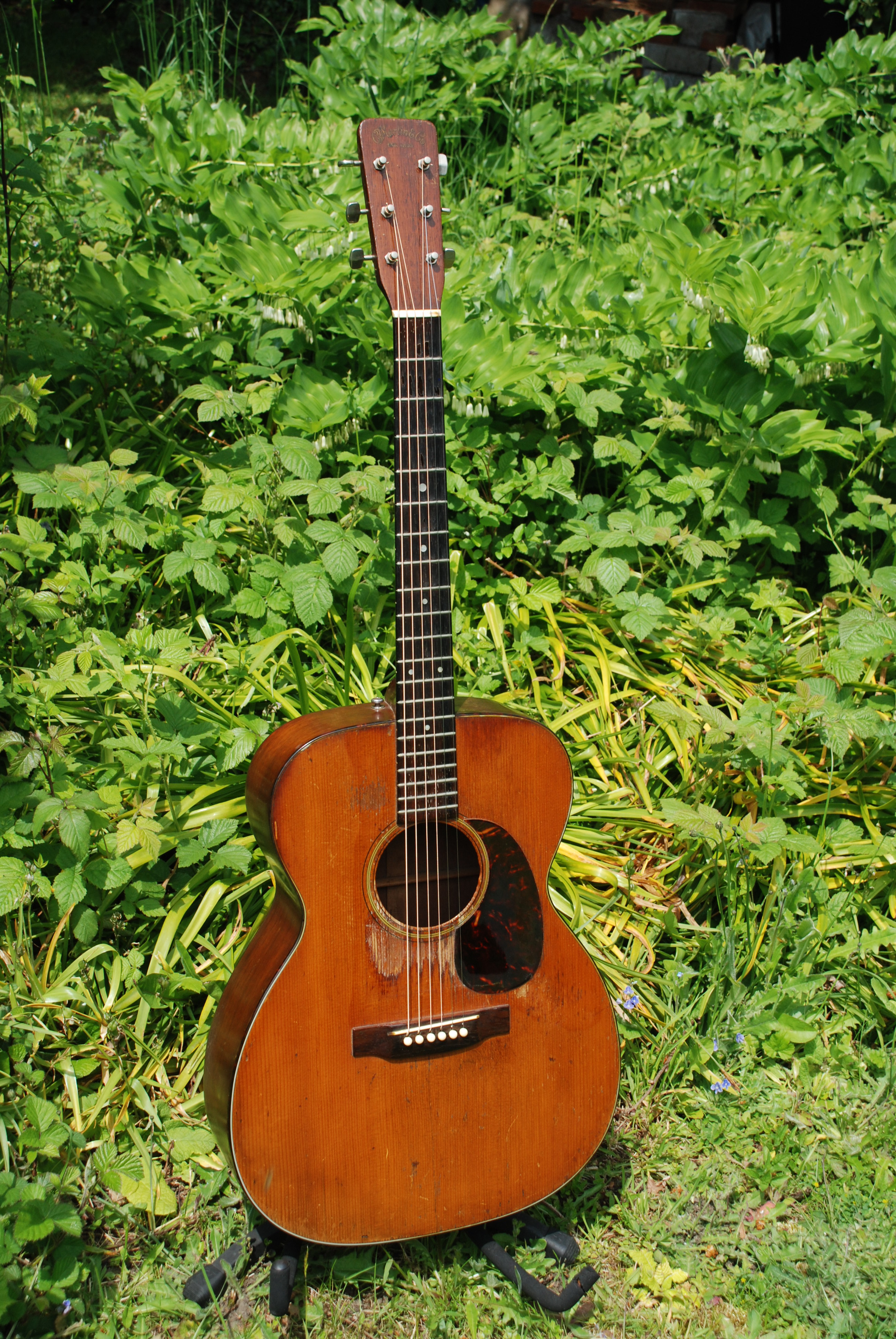 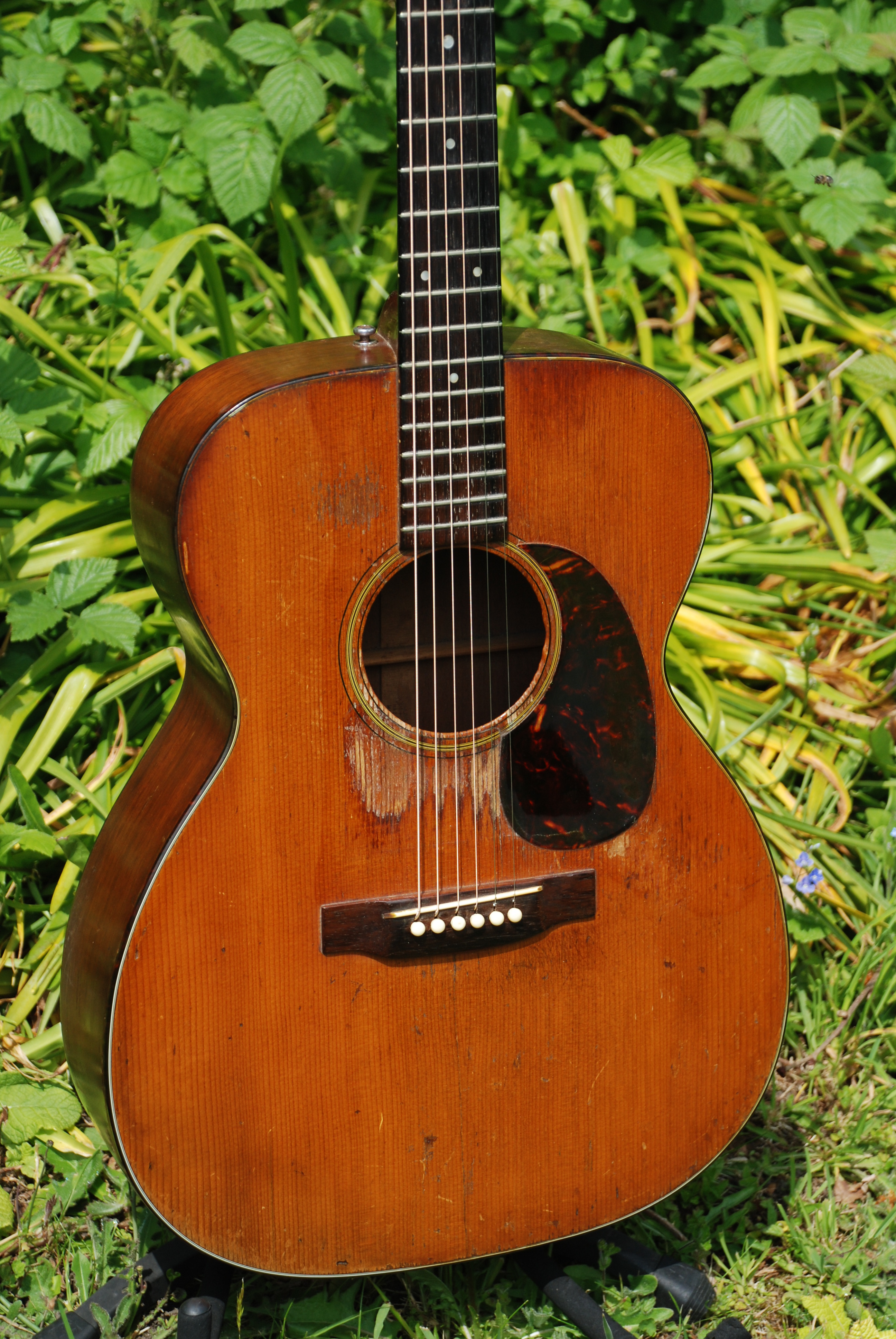 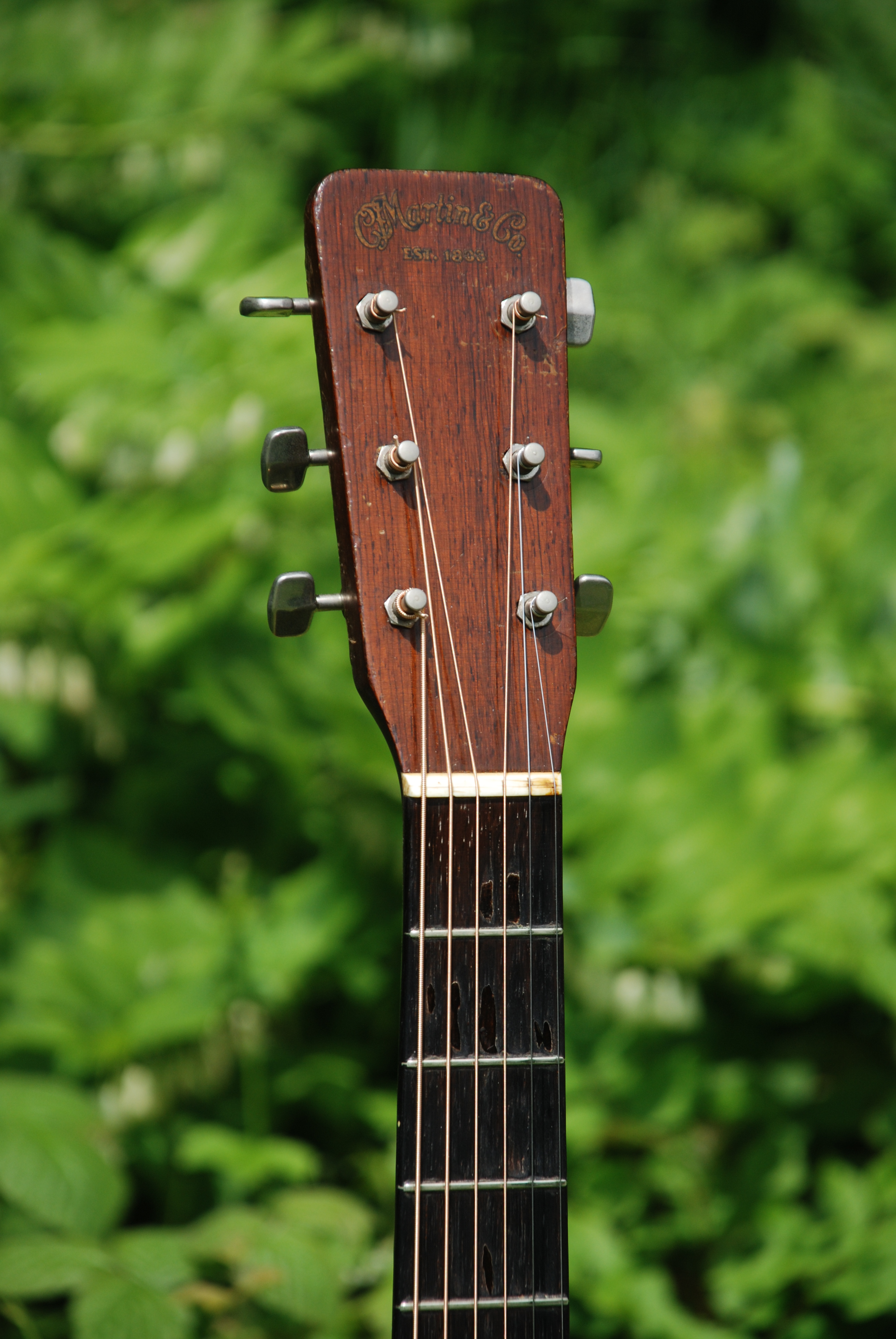 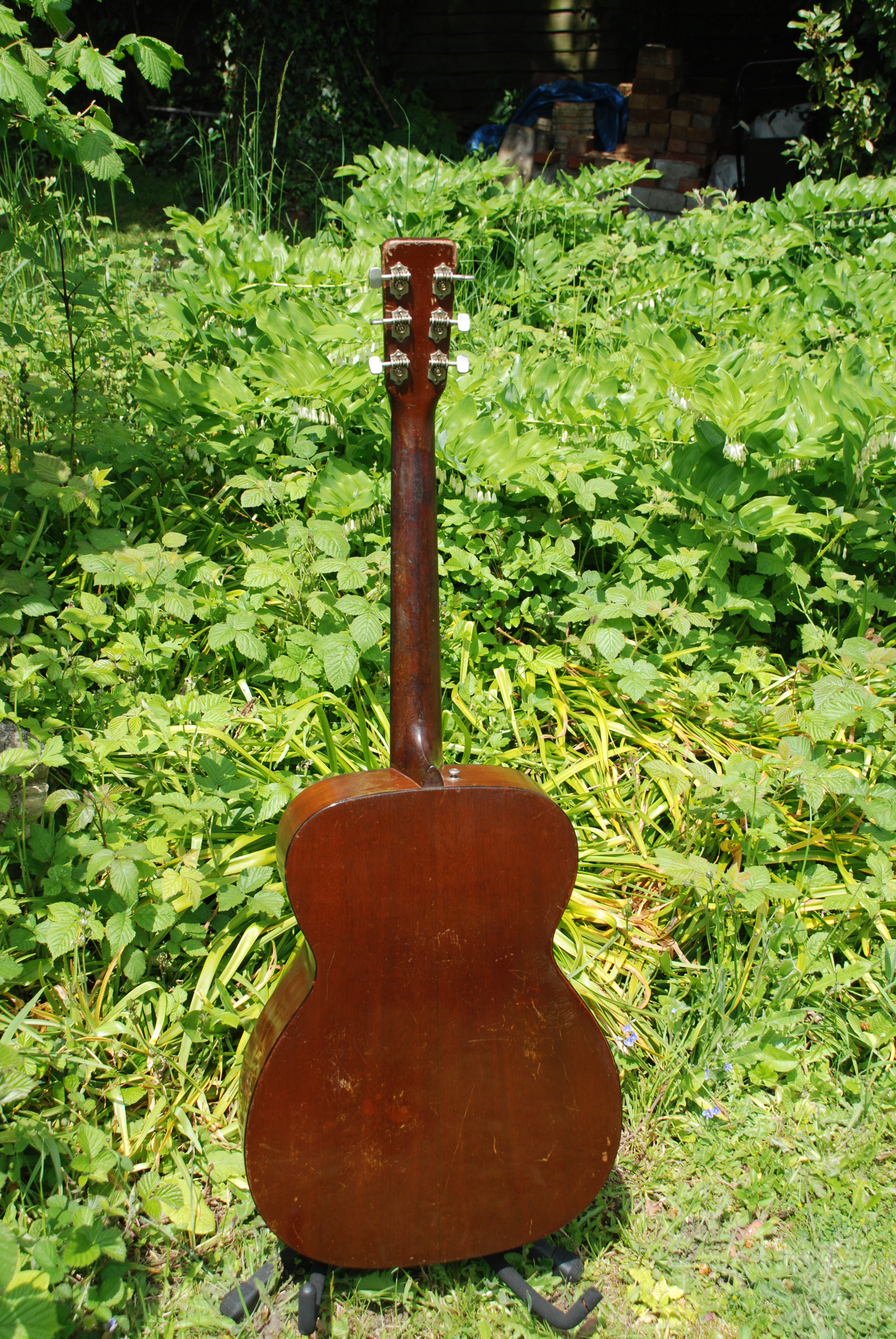 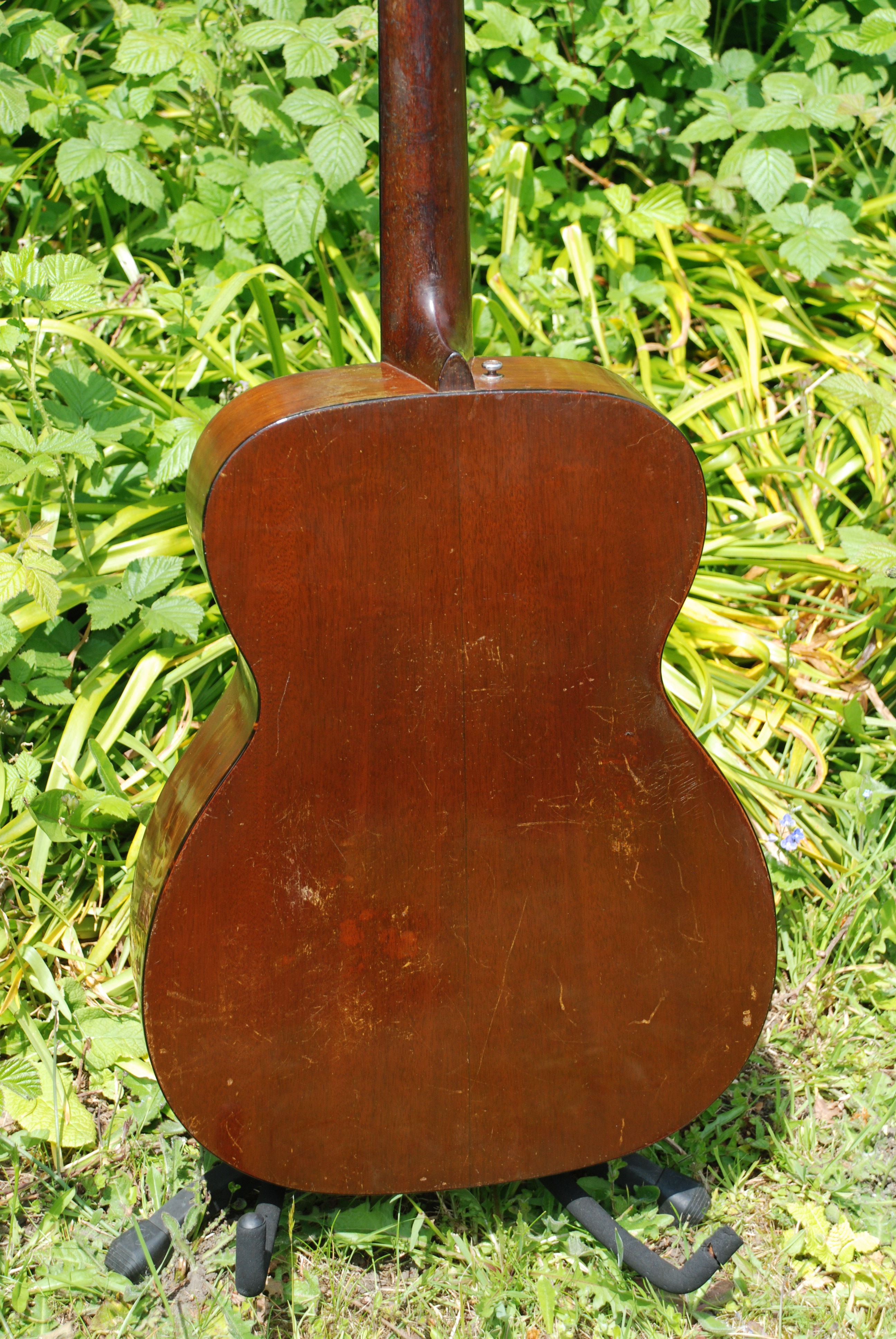 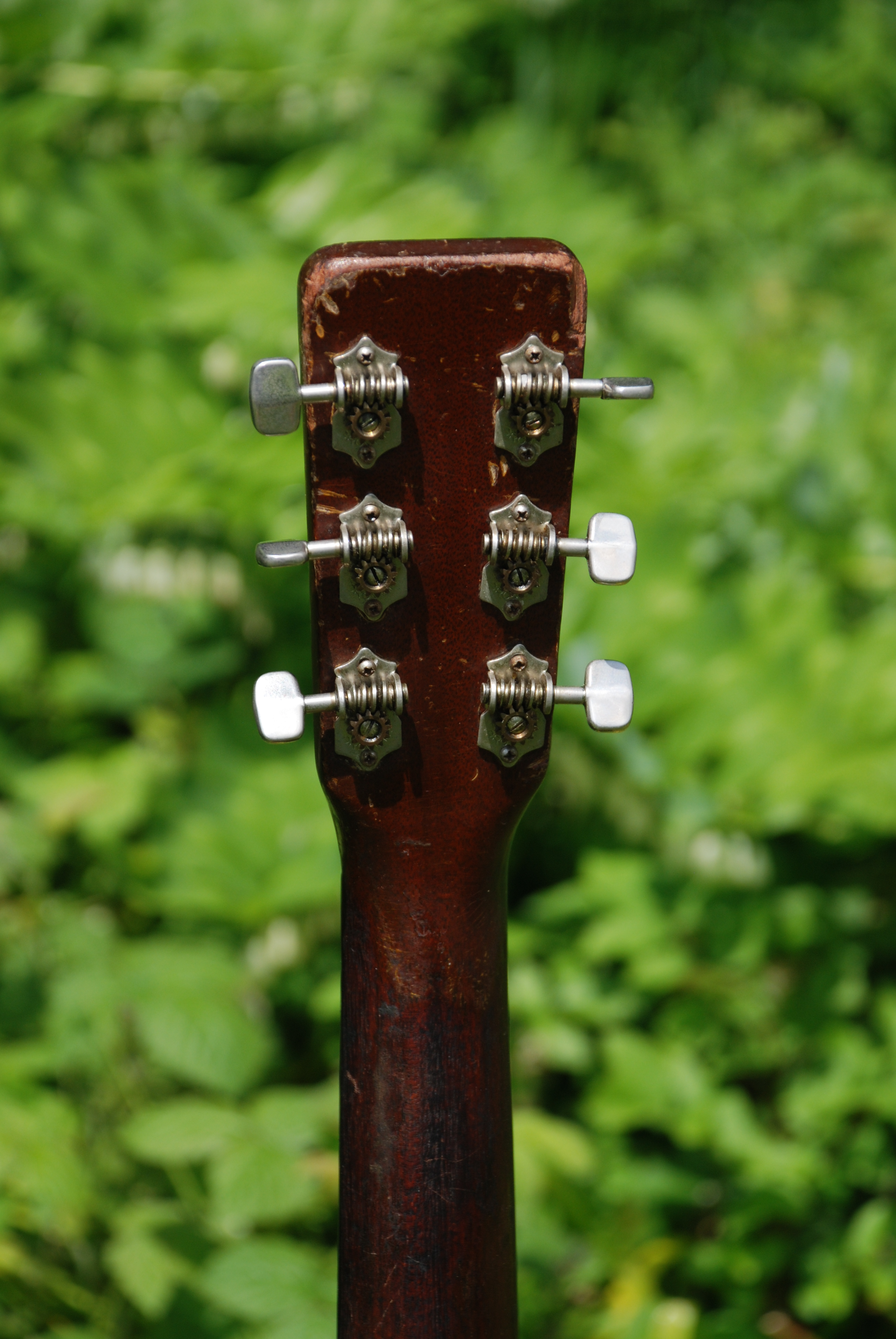 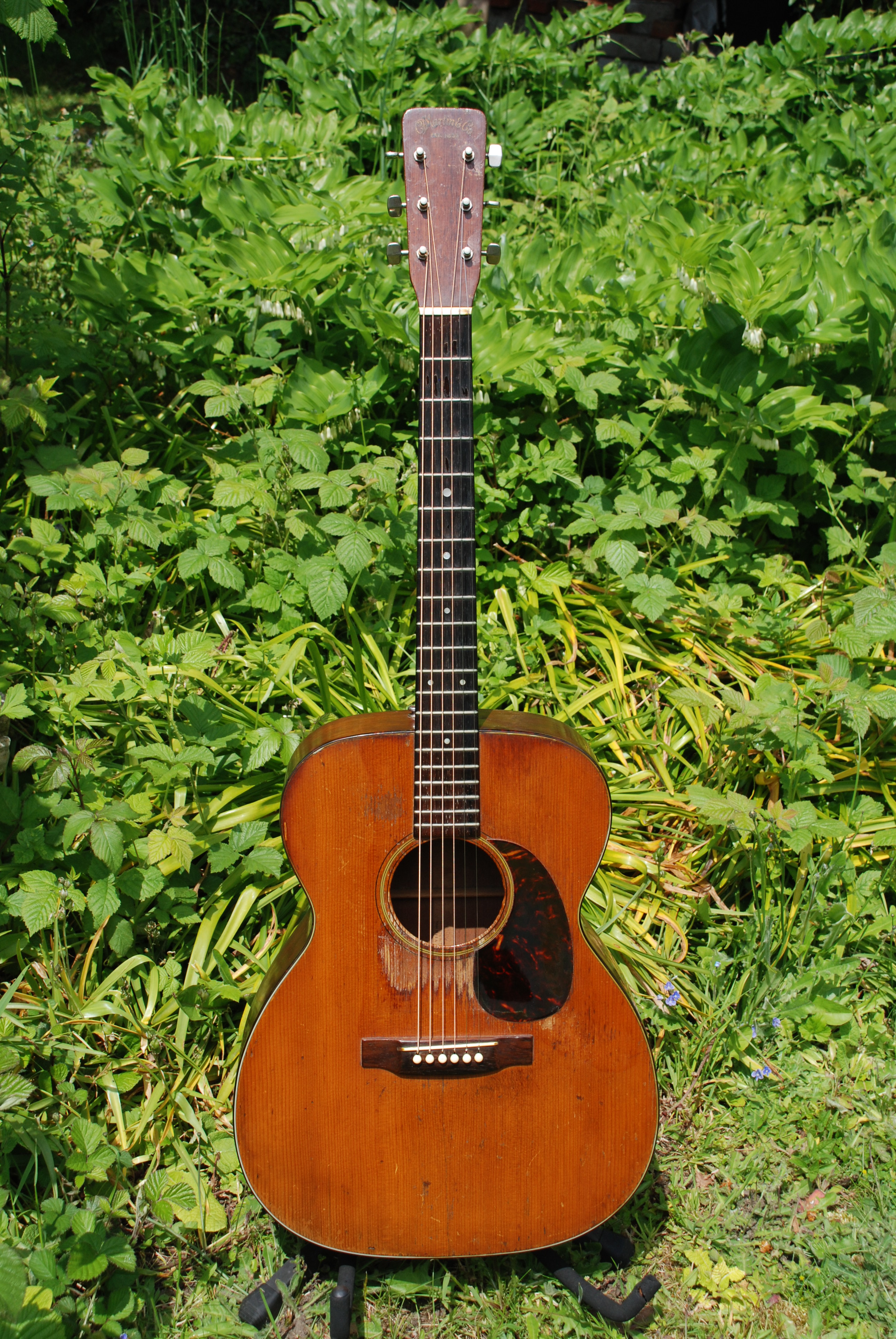